Fresh water is one of the many resources increasingly being affected by climate change, which in turn affects businesses that rely on this abundant but still limited natural resource. Waterplan, armed with a $2.6 million seed round, is looking to analyze and track not just how a company’s water use affects the local environment, but the mitigations that could help keep things wet when the seemingly inevitable crisis arrives.

Jose Galindo, Nicolas Wertheimer and their colleagues Matias Comercio and Olivia Cesio founded Waterplan after both working in and around the environmental sector for years. They realized that although there was a lot of action, data and planning around carbon emissions, comparatively little was being done around water risk, since it has yet to become as visible of a threat. They started the company and took it through Y Combinator’s Summer 2021 cohort.

“More companies are disclosing and acting on water security and other water matters, but there’s a need for a SaaS platform to quantify and mediate water risk,” said Galindo. “Companies have had a reactive approach, but since these [climate-related] disruptions are getting more frequent, there’s an opportunity for them to predict this kind of thing and act proactively. Climate change is here, and this is going to accelerate.”

Of course this isn’t simple advice like “don’t leave the tap running” but industrial-scale efforts like water table replenishment, major municipal works and so on. Waterplan first distills data from satellite imagery, which shows canopy, water bodies and other important indicators as objective measurements with plenty of context — years of images and analysis have established clear trends. This is combined with direct measurements made by water and environmental authorities that closely monitor these resources.

So (to invent an example) a factory that processes coffee beans might use 10,000 gallons per hour of water from a nearby river. Analysis could show that in 5-10 years that will no longer be a sustainable rate and will cause issues downriver, since there’s before and after data showing the factory’s effects. These issues would end up costing the company $40 million over that period. However, if local efforts to restore forests and extend tree canopy are doubled at a cost of $10 million, it will improve water retention and slow erosion, leading to a net increase in water availability — and sidestep that $40 million risk.

The actual reports are obviously more detailed and highly specific to a given location and company, but you can see below the kinds of scales they’re operating in and the type of data they track.

This sort of analysis and advice isn’t unprecedented by any means, but it’s the kind of thing that tends to be done once or a few times a year (if that) by an environmental consultant. Waterplan’s approach is to automate this as much as possible, making it a big data problem where factors can be plugged in and things like risk and mitigation strategies come out the other end. Of course it’s not so simple as that, but with the speed at which both markets and natural phenomena are changing these days, it needs to be done faster and in a more targeted, actionable way, the founders explained.

“It’s more expensive to be reactive than proactive,” said Wertheimer. “We need to make this a conscious effort.”

Galindo emphasized the fragmentation and incompatibility of much of the data concerning local water supplies, restoration efforts and other factors. It takes a lot of work to rectify these disparate sources and combine their data into a cohesive map and prediction. 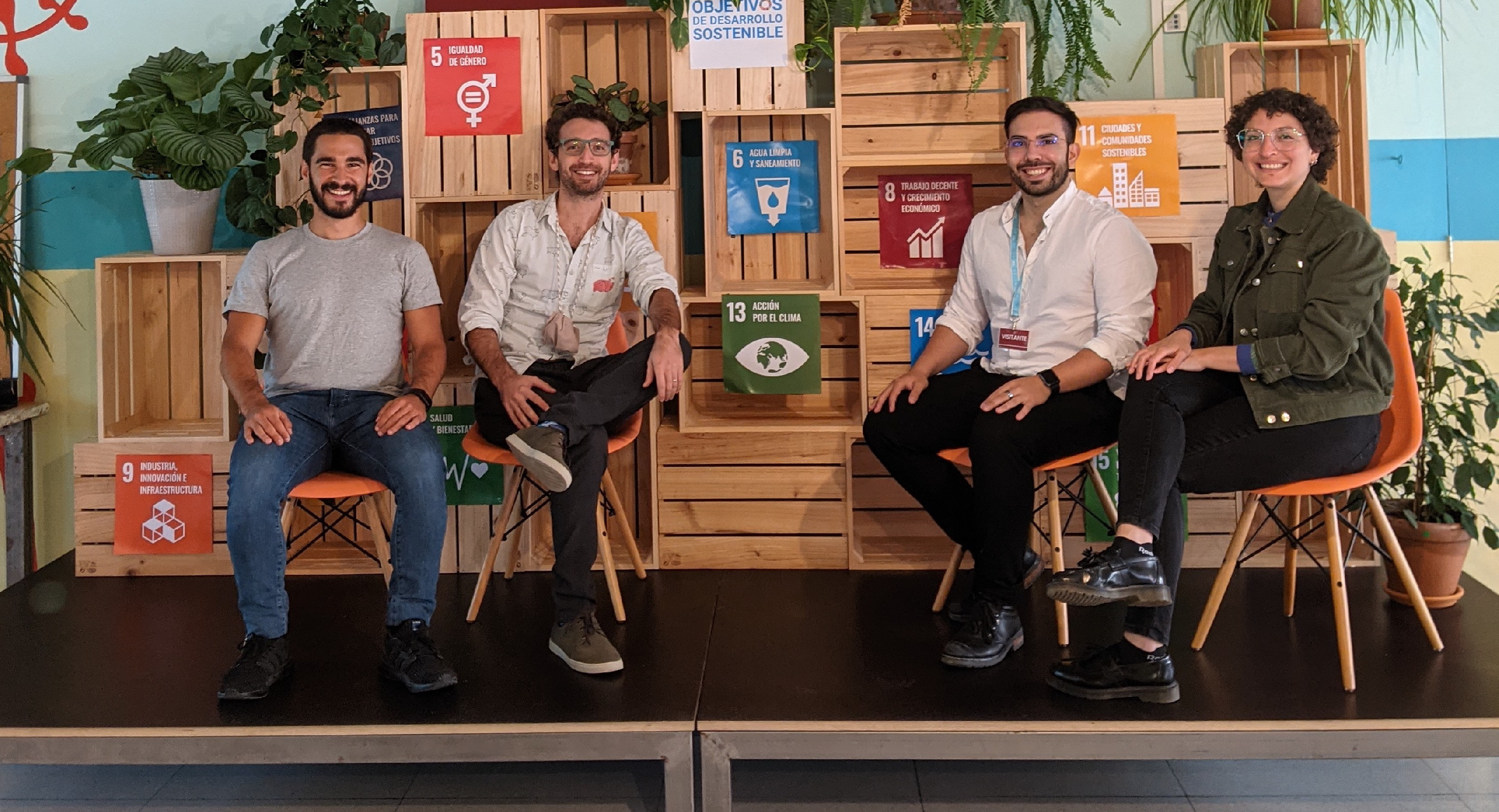 “It’s important for companies to be able to make sense of what’s happening in different climate scenarios and locations, and to see it in a continuously updated and detailed way,” Galindo said. “Water is cheap and plentiful today but it won’t always be; there’s going to be a 30% gap in 2030 between supply and demand. We think that pressure will appear over the next 10 years.”

Those with better data and a track record of taking steps proactively will be in a better position as the resource dwindles or competition over something like water credits heats up. Even now there is a serious shortage of carbon credits and other such resources and investments, meaning even companies that want to spend hundreds of millions may not have the opportunity to. (Carbon futures are a potential solution to this and a similar market may appear for resources like fresh water.)

Getting in early to what could be a major part of the climate monitoring ecosystem in the next decade seems to have been judged a fairly good bet by Waterplan’s first set of investors (after Y Combinator). The $2.6 million round was led by Giant Ventures and a rather star-spangled list of individual participants: “Sir Richard Branson’s family, Monzo founder Tom Blomfield, Unity founders David Helgason and Nicholas Francis, NFL legend Joe Montana, Microsoft’s former global water program manager Paul Fleming, MCJ collective, Climate Capital, Newtopia, Jetstream and Mixpanel founder Tim Treffen.”

The near-term plan, Wertheimer and Galindo said, is primarily to ramp up development; they need engineers and hydrologists to handle the complex work of building out the platform so it can continue to produce the kinds of insights desired by various industries and environments.

Although the data and analysis they produce would likely be welcomed by governments and NGOs, the stakeholders most likely to make change (and, it must be said, pay for the service) are private companies aiming to cut risk or improve their local standing. But once traction is achieved and the product and methods nailed down, the founders (who emphasized their involvement with water access and NGOs earlier) hope to make it more widely available.