As the number of people becoming independent workers rises, investors are taking notice of startups helping these workers build their businesses. HoneyBook is the latest to feel some love in this area, unveiling Wednesday that it raised $250 million in Series E funding, just six months after securing $155 million of Series D capital.

HoneyBook raises $155M at $1B+ valuation to help SMBs, freelancers manage their businesses

This time around, Tiger Global Management doubled down on its investment into the company to lead the round. Durable Capital Partners, which led the Series D, Norwest Venture Partners, Citi Ventures and OurCrowd also participated.

Referred to as the “Great Resignation,” nearly 20 million people quit their jobs between April and August 2021, according to the U.S. Bureau of Labor Statistics’ Job Openings and Labor Turnover survey. At the same time, the Census also reported that over 4 million applications for new businesses were filed between January and September of this year.

“This has heightened demand for software to support the needs of independent business owners,” Alon said. “They’re looking for a platform to help them manage their client flow and cash flow, and that’s what HoneyBook does.”

In addition, attitudes toward the value of work are changing across the board as many businesses are now more willing to outsource work to independent contractors, he added.

Not only did that shift yield double HoneyBook’s annual recurring revenue since the beginning of 2021, the company also more than doubled its new subscribers in the last 12 months. Its members also achieved success, Alon noted, booking more than $1.8 billion on the platform in 2021, bringing total bookings to over $5 billion since the company launched in 2013. 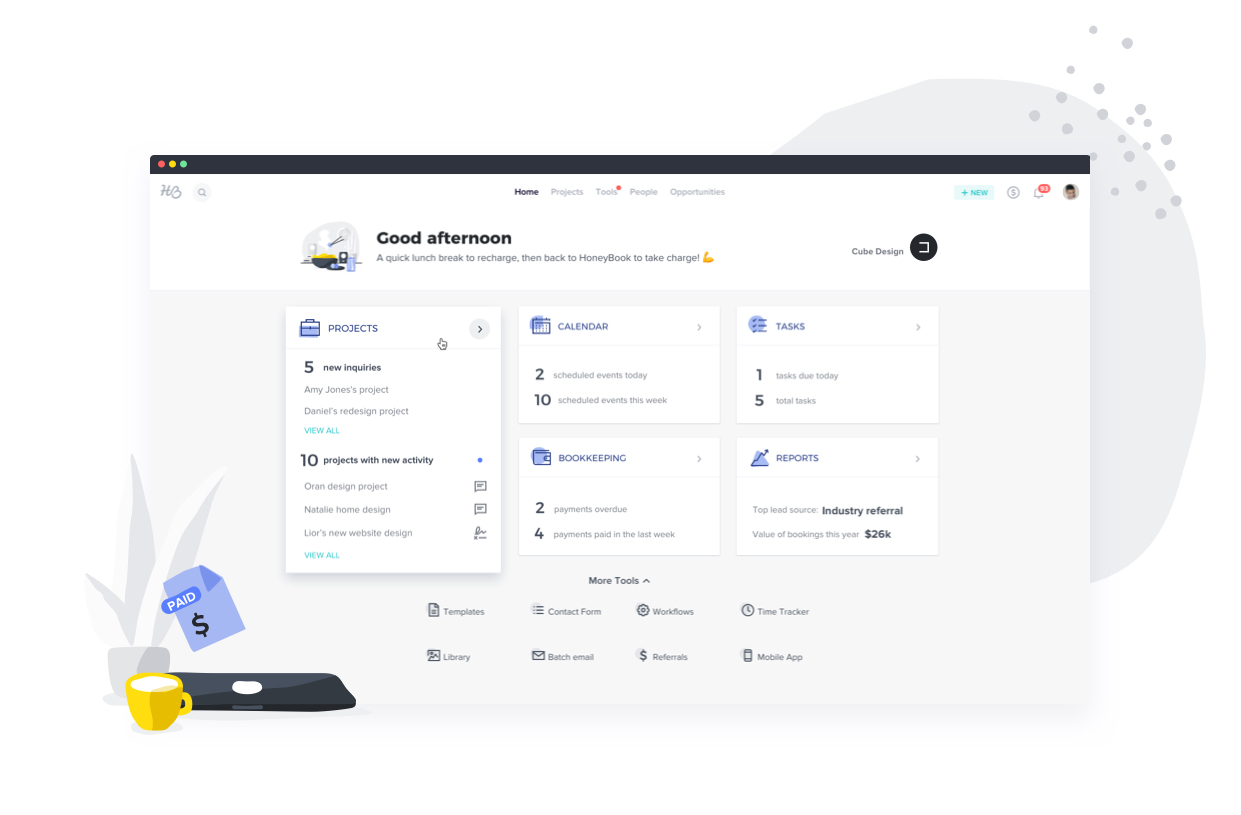 HoneyBook did not plan to raise this quickly, but the existing investors saw that growth and more independent workers emerging and wanted to “deepen their partnership with us,” Alon said.

“They understood the opportunity in front of us and decided to double down on their investment in our mission to help independent businesses be successful,” he added. “We’re very lucky to be supported by a great community of investors who share our values and are aligned with our vision for the long-term.”

HoneyBook isn’t alone, joining several companies focused on independent workers that announced new rounds in the past several months. For example, Contra, a professional network for independent workers, raised $30 million in Series B funding, while Lean brought in $4.5 million in seed funding to support gig workers with financial products. All Day Kitchens and Owner.com also raised money to do something similar, but for restaurants.

Going forward, HoneyBook has plans to provide more financial services and will use the new funding on that product development and to get additional new features to market quicker, Alon said.

“We know that cash flow is one of the biggest challenges independent businesses face,” he added. “To do that we also need to continue attracting great talent and we are hiring for a number of exciting roles across our teams in the U.S. and Israel. We have big goals for 2022 and beyond as we continue to support the independent business category.”

6 VCs share their bets on the future of work