Jon Fingas Contributor
Jon Fingas is a contributing writer at Engadget.
More posts by this contributor

Chevy isn’t the only one electrifying vintage cars to sell you on aftermarket EV motors. Ford has introduced an F-100 Eluminator concept that upgrades the circa-1978 pickup truck with two of the company’s new Eluminator electric crate motor kit. The powerplants, taken from the Mustang Mach-E GTPerformance Edition, give the F-100 a total 480HP and 634lb/ft of torque. Ford didn’t discuss performance benchmarks or range, but it’s safe to presume you could smoke some sports cars with that kind of power.

The truck has more customizations beyond the EV motors, including the vertical center-stack touchscreen from the Mach-E. You’ll also see custom aluminum Forgeline wheels, a billet aluminum dash from JJR Fabrication and avocado-tanned leather from MDM Upholstery. This may look like a classic truck, but it’s not appointed like one.

You can’t buy this concept, as you might have guessed. Instead, Ford would rather you buy the $3,900 Eluminator motor for your project car. The automaker eventually hopes to supply everything you might need for an EV retrofit, including batteries, controllers and traction inverters. You’d only want to buy the motor right now if you have the resources to complete the rest of the puzzle yourself. This does, however, hint at a future where many beloved combustion engine cars can get a second life through an EV transplant. 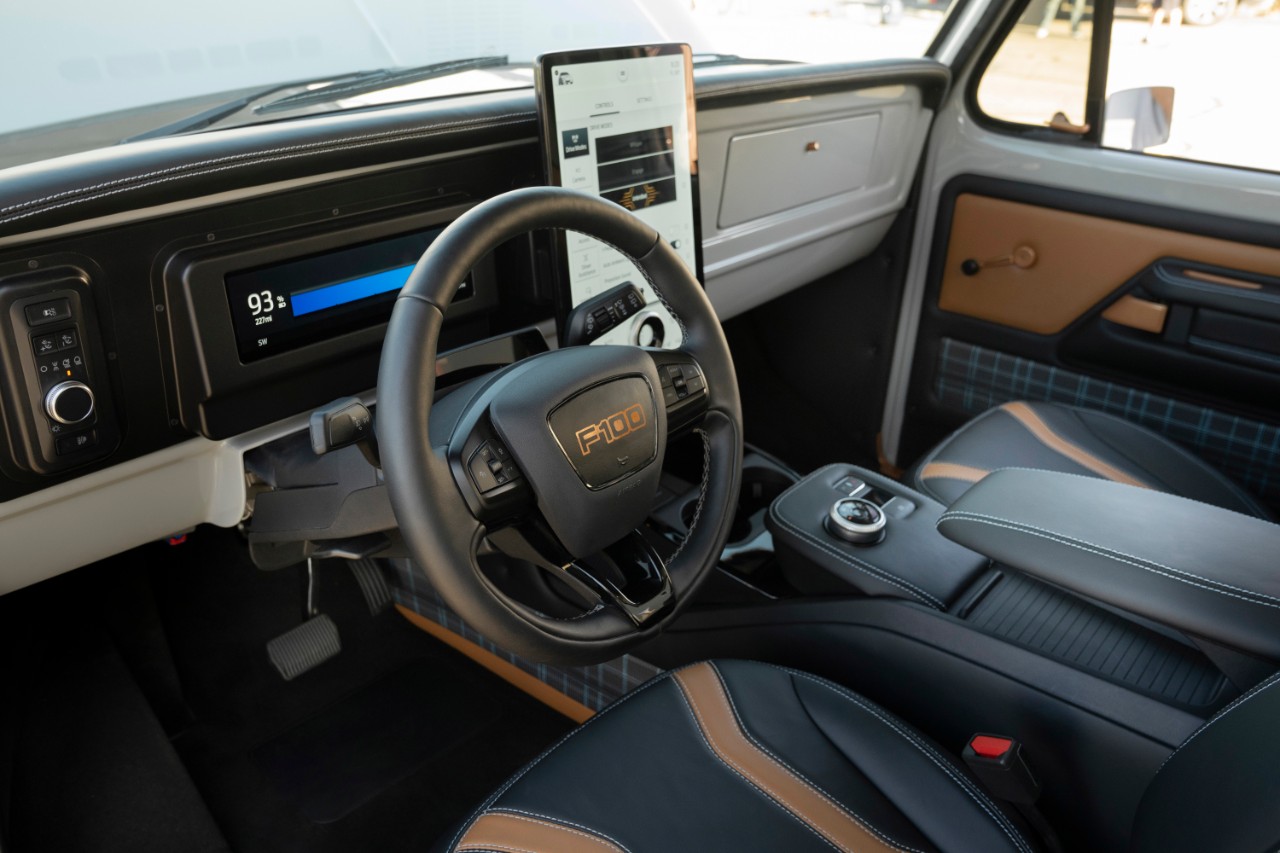