The pandemic drove explosive growth for the connected fitness industry, as gyms shut down and people struggled to find ways to work out without leaving their homes. Along with the likes of Peloton and Mirror, Tempo is one of the companies that has benefitted from the trend. The San Francisco-based company specializes in cardio and strength training through guided workouts using a system of barbells and dumbbells.

For many, however, there have been two primary barriers to entry: price and size. The company’s Tempo Studio product is a perfect example of those blockers, standing six feet tall and running $2,500 for the starter pack. That’s a lot of space and money to get your foot in the door.

Today, however, the company is introducing a much lower barrier of entry in the form of the Tempo Move. 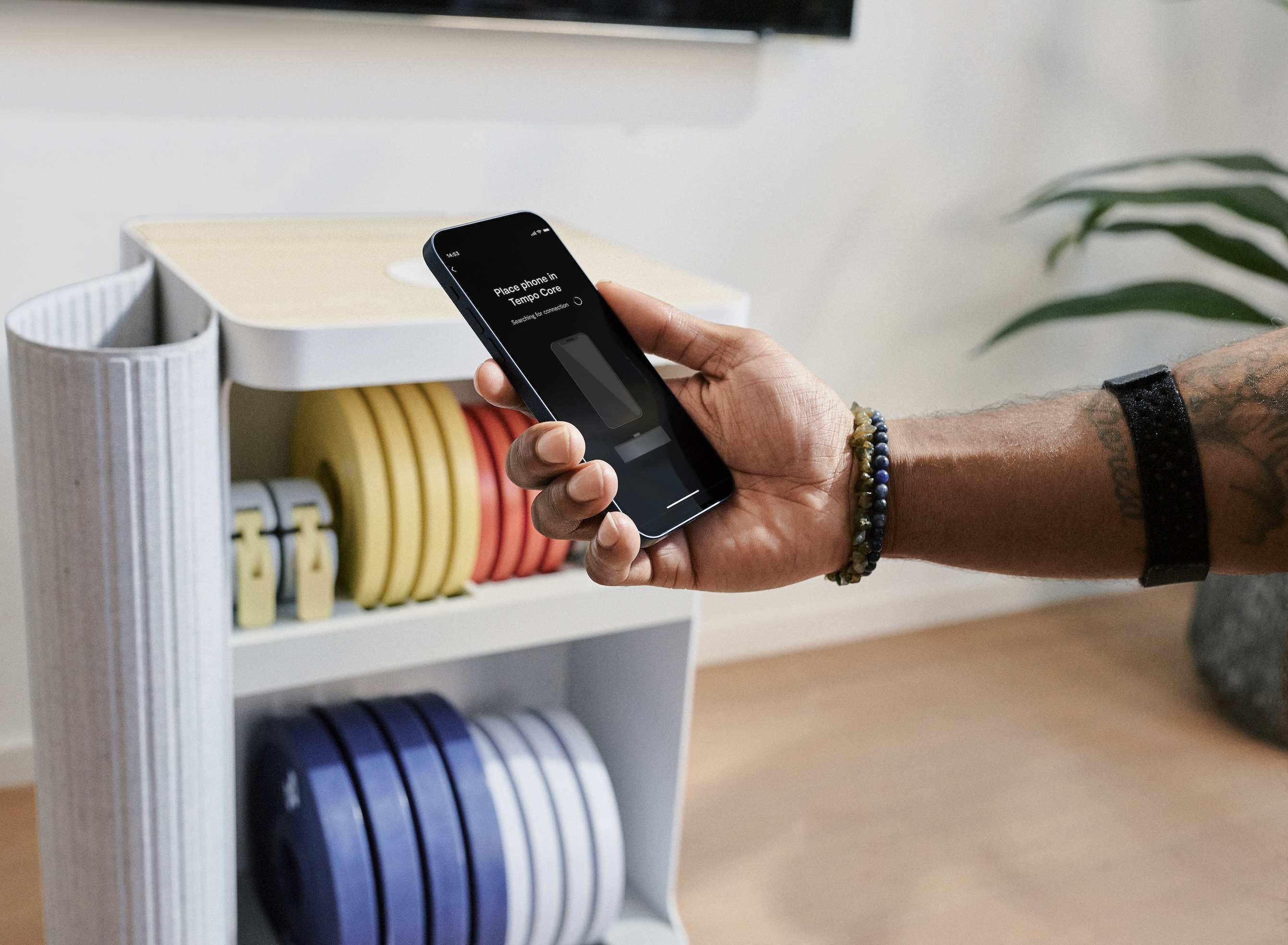 The $395 system is roughly the size of a side table or minifridge, if you will. It serves as storage for 50 pounds of weight plates and dumbbells — no barbells here, for what should be obvious reasons. Up top is a “core” docking system for an iPhone. The core is effectively the brain of the system, with a processor and 1GB of RAM.

Once plugged in, the handset’s True Depth camera system (with lidar use at some point in the future) serves as a rough approximation for the Studio’s on-board tracking, while an HDMI cable runs the data into a connected TV. The system taps into Tempo’s existing selection of live and on-demand classes, letting users filter by those that only require dumbbells. That system runs another $39 a month.

The Tempo Move is available for preorder now and is set to start shipping in early December.

Tempo’s expansion of its product line comes as Peloton sees its growth decelerate as its pandemic-fueled bump to sales ebbs. It will be interesting to see if the Move’s lower price point will open Tempo’s market to include more casual exercisers.