Microsoft wants a piece of the metaverse, too, so at its Ignite conference today, the company announced 3D avatars for those Teams meetings where you don’t want to be on camera. Those animated personalized avatars are part of what Microsoft calls “Mesh for Teams,” which combines the company’s Mesh platform (not to be confused with Windows Live Mesh) for powering shared experiences in virtual reality, augmented reality and elsewhere, with Teams and its built-in productivity tools. It’s still the same meetings that should’ve been an email, but different.

To access Mesh for Teams, you will be able use anything from a smartphone to a VR headset or a HoloLens. Microsoft is quite open about the fact that this is its metaverse play for productivity, “designed to make online meetings more personal, engaging and fun,” Microsoft’s John Roach writes in today’s announcement. “It’s also a gateway to the metaverse — a persistent digital world that is inhabited by digital twins of people, places and things. Think of the metaverse as a new version — or a new vision — of the internet, one where people gather to communicate, collaborate and share with personal virtual presence on any device.”

In that vision, you’re still having meetings, but they will be more fun now, because of the metaverse. Or something like that. 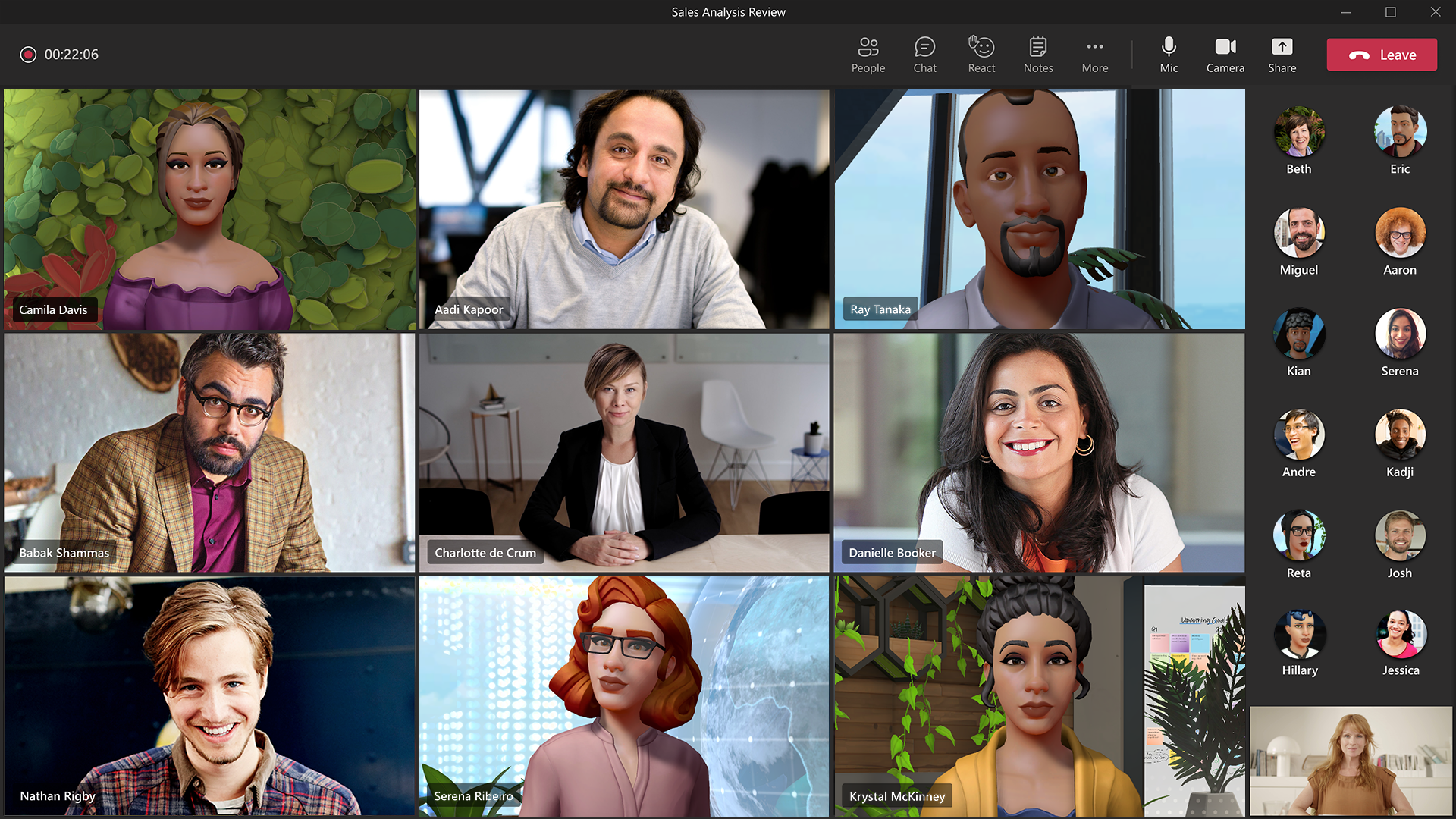 “As a company whose focus is on productivity, on knowledge workers, it’s something that customers are really asking us for, and it’s coupled with the vision of mixed reality that we’ve been working on for 12 years. It’s all coming together,” said always enthusiastic Microsoft Technical Fellow Alex Kipman.

For now, for most users, Mesh won’t be much more than these 3D personalized avatars that mimic your own speech, but not movements. Microsoft says businesses can also create their own spaces — or metaverses, because that’s the term we use now — within Teams, where people can virtually mingle and collaborate.

“There will be a feeling of presence even though it’s as simple as being able to take your audio and manifest that as facial expressions. That’s the first release,” wrote Katie Kelly, a principal project manager at Microsoft working on Mesh for Teams. “The ambition is to closely follow that with Microsoft’s plethora of AI technologies so that we can use the camera to insinuate where your mouth is and mimic your head and facial movements.”

Accenture has been testing some of this together with Microsoft. The company built a virtual campus for its employees to “gather for coffees, presentations, parties and other events.” It’s also using it to onboard new employees. Accenture apparently hires 100,000 people each year. At 600,000 employees, I’m not sure the metaverse is going to help with that turnover rate, but they are high-paid consultants, so they probably know best.