Twitter announced last month it would soon introduce an option that allows hosts to record their live audio sessions in Twitter Spaces to make them available for replay. While the company at the time said the feature would launch in a “few months,” it’s not surprising that, given Twitter’s accelerated pace of development, the company is rolling out its first iteration of the feature starting today.

Initially, the Spaces Recording option will be will made available to a limited number of Twitter Spaces hosts on iOS and all listeners on iOS and Android worldwide. Twitter says the first users to receive access will be those who were in the original Spaces Beta. It will then roll out the feature to the rest of the Twitter audience in a few more weeks, the company says.

To use the feature, a Spaces host will create their live audio room by giving their Space a title and selecting up to three tags to describe what the room’s about, as usual. They can then toggle on the new setting, “Record Space,” before tapping on the “Start a Space” button to begin their live audio session.

If in a Twitter Space that’s being recorded, participants will see a “Rec” button with a red dot next to it at the top of the Space as an indication that the recording is underway. 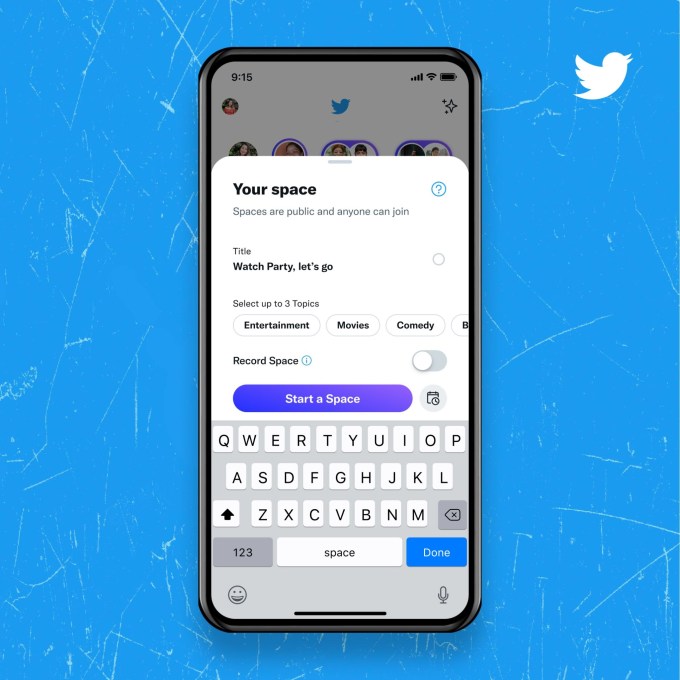 When the host is ready to end the Space, they’ll tap on the “End” button at the top-right as they would otherwise, and will then be presented with a pop-up box that asks them to confirm they want to end both the Space and stop the recording.

Once wrapped, the recording of the Space can be shared across Twitter’s platform, allowing listeners to play it back at any time or re-share it themselves. Twitter does not yet have an audio export option available, we’re told. Instead, users would have to request a download of their data to access the recordings directly.

Live audio grew in popularity as the COVID-19 pandemic surged, as it gave something for locked-down users to do while stuck at home. But the appeal has somewhat dwindled as COVID restrictions lifted and people began to venture back out. Popular live audio app Clubhouse, for example, saw app installs decline earlier this year, but jump again with an Android release. However, the app also faced lagging engagement in some emerging markets, like India, and struggled with its creator program. 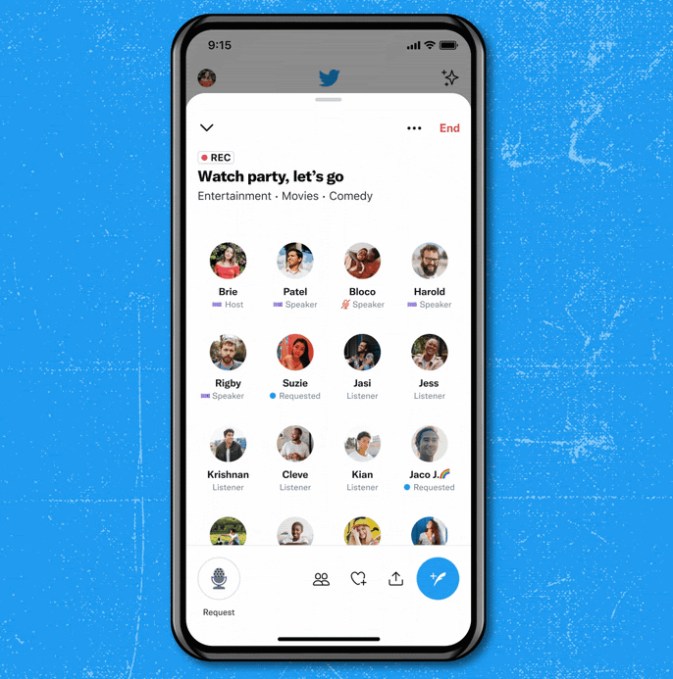 Recently, Clubhouse expanded its feature set to offer options that would allow for asynchronous listening, including support for clips, replays and audio exports — tools that are pushing the app closer to being a podcast creation platform, rather than just a live audio network. (It’s actually a wonder Apple hasn’t snatched it up to become an in-house rival to Spotify’s Anchor.)

With so much of the live audio landscape now embracing recordings, Twitter had to catch up.

The release follows shortly after a few other updates to Twitter Spaces, including yesterday’s launch of a Spaces test that brings the dedicated Spaces Tab to Android users and an update bringing easier DM invites. Twitter will also now feature popular Spaces in the Explore / Trending tab on iOS to increase their visibility.