As urban rental markets recover and people flock back to cities, people are once again finding themselves with plenty of new neighbors in communities that are trying to embrace a renewed vibrancy of post-lockdown life.

OneRoof is building a social network for residential buildings. Unlike Nextdoor, which organizes communities based on ZIP codes or neighborhoods, OneRoof wants to build up a presence inside large multi-unit buildings so that neighbors can get to know each other in smaller, tighter-knit circles.

“[Nextdoor] goes by ZIP codes and in a city like San Francisco or New York… that encompasses tens of thousands of people,” OneRoof CEO Selin Sonmez tells TechCrunch. “These people have less in common at that point because it’s too large of a pool and it’s not relevant anymore.”

Sonmez notes that it’s not just about having things in common, people feel more safe communicating with a handful of neighbors rather than thousands of them. Sonmez and her co-founder Nikos Georgantas hope the app can help people be more comfortable talking to the people they meet in their building’s elevator or in the hallways, fostering the relationships with relative strangers that the pandemic made so difficult in major cities.

The app has raised a small $1.25 million seed raise to carry out this vision, led by General Catalyst, with participation from Kleiner Perkins’ discovery fund, Dream Machine, Script Capital, Groundbreak Ventures and Urban US.

The app is organized around messaging, giving users a Slack-like hub to discuss various topics with neighbors while organizing their own sub-communities based on interests. Notably, OneRoof is not looking to foster deep partnerships with building management, noting that past efforts to create building-wide message boards have largely failed because of the reliance of building managers to moderate the groups. 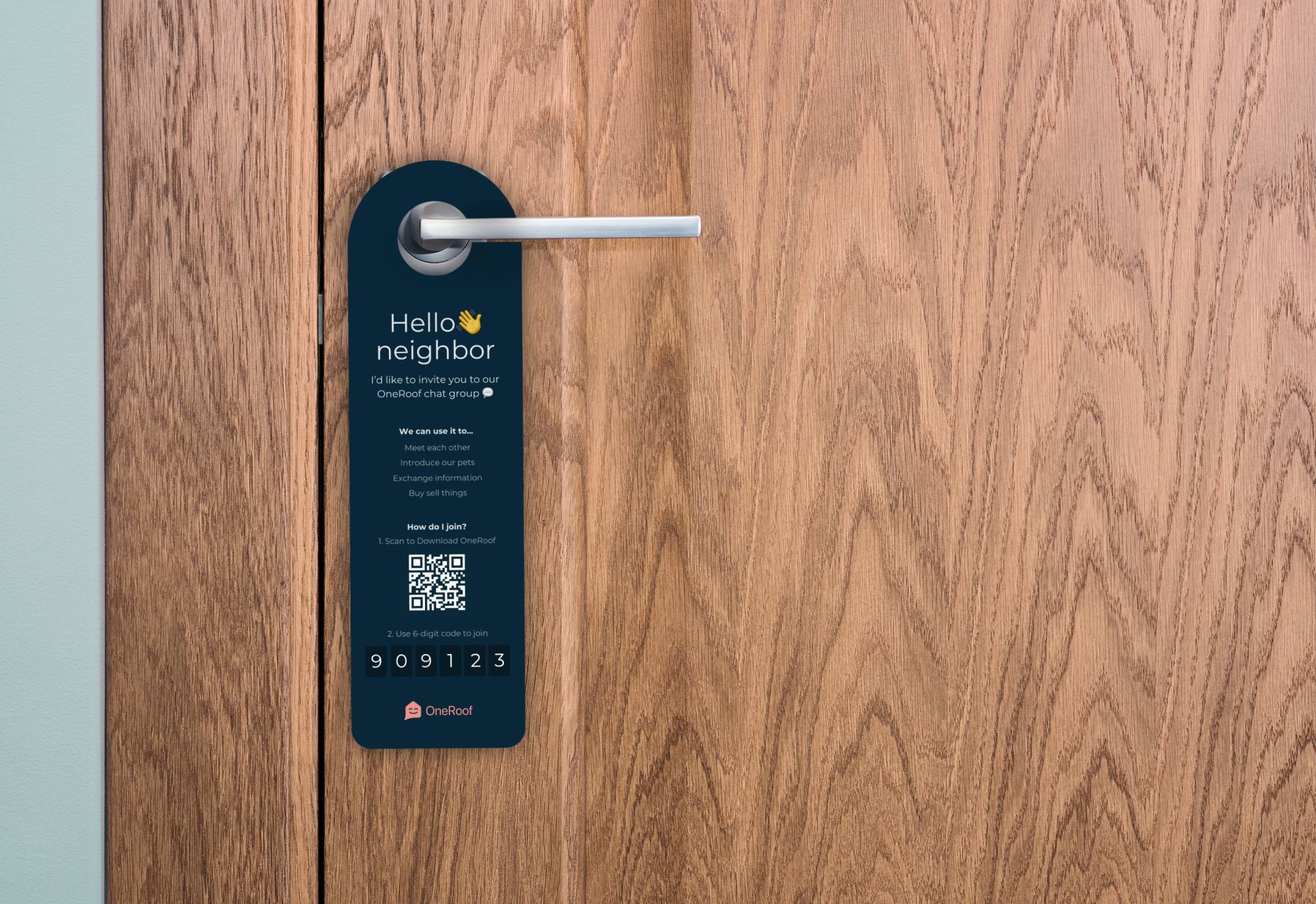 Operating on such a small scale has its challenges. Their model relies on so-called “super neighbors” doing much of the initial onboarding work for their building. Once a user decides they’d like to get their building on OneRoof, they are able to request that OneRoof send fliers to their neighbors mail boxes advertising the service while giving them a proprietary code to join the private app. They are also able to request door hangers, which Sonmez says has had particular success.

The app is live in around 400 buildings in New York City and has plans to start expanding to other major cities soon, including Boston, Miami and Los Angeles.