NeuraLight has launched from stealth with $5.5 million in seed funding to apply AI to advance drug development for neurological disorders. The company was co-founded by Micha Breakstone, the co-founder and former president of Chorus.ai, which sold to ZoomInfo for $575 million earlier this year. Breakstone now leads NeuraLight as the company’s CEO alongside co-founder and CTO Edmund Benami.

NeuraLight, which has dual headquarters in Austin and Tel Aviv, aims to help people suffering from neurological disorders by digitizing neurological evaluation and care. Breakstone and Benami have recruited talent from the research and pharmaceutical industries, along with alumni from Google, Chorus.ai and Viz.ai.

The team has built a platform that automatically extracts microscopic eye movement measurements that serve as reliable digital endpoints for neurological disorders. The platform is able to remove light and movement from videos using AI and machine learning to get a more precise video.

“We’re able to extract ocular metrics from this highly augmented precise video to predict the progression of neurological disorders from microscopic movements. Then we’re able to sell that to pharma companies as a means to develop drugs in a better way for neurology,” said Breakstone in an interview with TechCrunch.

The platform is ultimately meant to help accelerate clinical trials and increase the probability of success of future therapies for Parkinson’s, Alzheimer’s, Multiple Sclerosis and other neurodegenerative diseases.

Given that the platform doesn’t require a dedicated device, Breakstone says pharmaceutical companies will be able to integrate NeuraLight into clinical trials and in remote settings. By gathering de-identified data from thousands of patients, NeuraLight aims to build the largest, proprietary, de-identified oculometric database and apply AI to gain insights from the data. 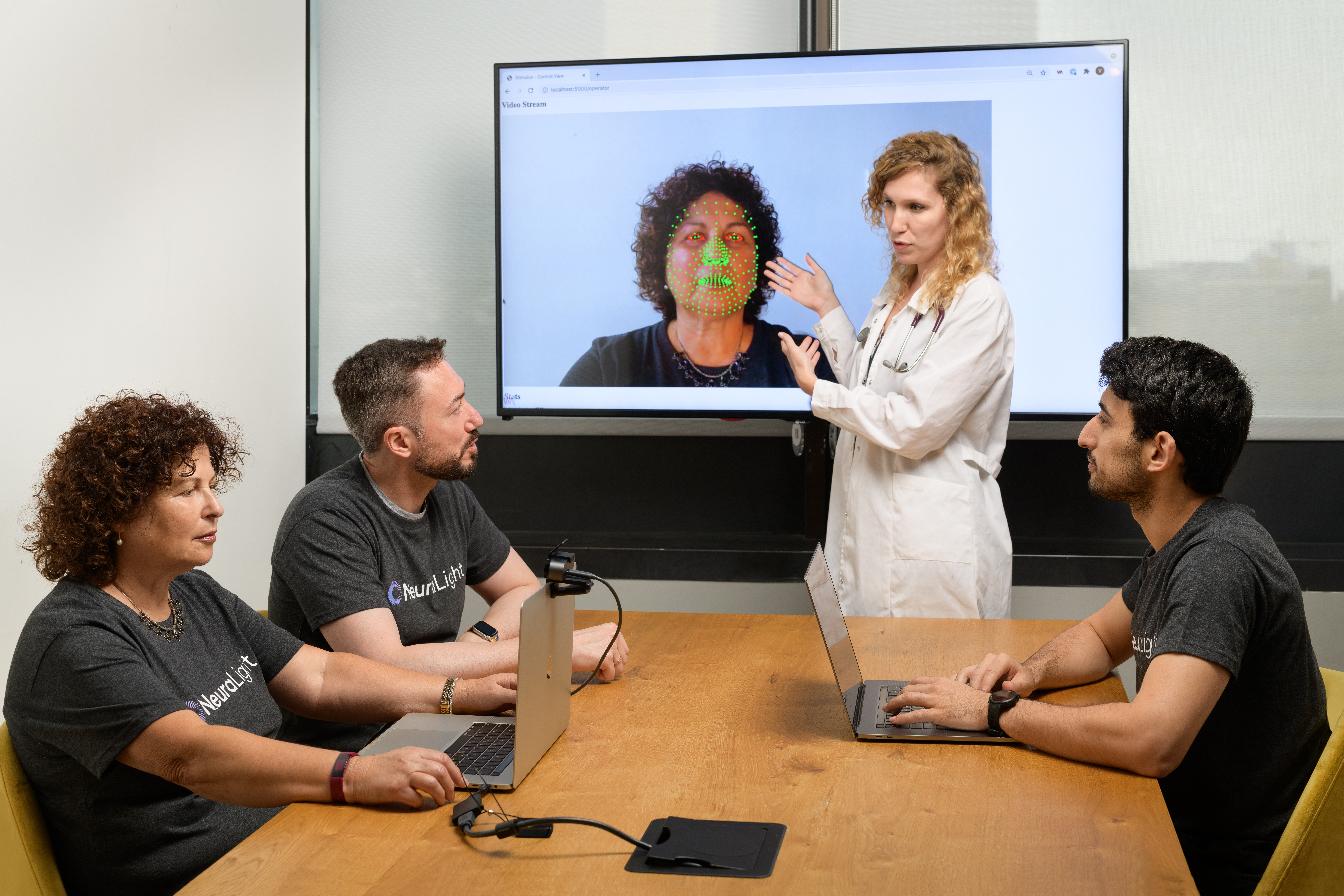 Breakstone says there aren’t many competitors within that space and that those that do exist require dedicated devices, such as camera eye-trackers and pupilometers. He notes that what sets NeuraLight apart from these companies is that its platform only relies on video from a standard smartphone or webcam. The company has submitted a provisional patent to protect the technology that it’s developing.

NeuraLight notes that more than 1 billion people worldwide suffer from neurological disorders and that current neurological evaluation is highly subjective and depends on a manual examination of symptoms, which is why pharmaceutical companies haven’t had effective tools to develop precise therapies.

“Having worked in the pharmaceutical industry for the last two decades, I can confidently say that digital endpoints are the future of neurology,” said Rivka Kretiman, the chief innovation officer at NeuraLight, in a statement. “This technology has been the missing piece pharma has needed to make drug development for neurological diseases effective and ultimately more successful, and will create a new standard of measurement for these companies’ drug development pipelines.”

As for the $5.5 million in seed funding, NeuraLight is looking to partner with pharma companies to help them increase the success rate in developing new drugs and reduce development costs. The company also aims to help pharma companies shorten the time it takes for drugs to reach the market. Breakstone says NeuraLight has started its own measurements in Israel for Parkinson’s disease and is in the process of working with three pharma companies, the names of which have not yet been disclosed.

“We want to transform neurology entirely and allow the new generation of drugs to be developed. We made sure to hire and bring on people that actually care about transforming the world and want to help us build an iconic company that will transform the way neurological care assessment is done today,” Breakstone said.

NeuraLight’s scientific advisory board will be led by Ruth Djaldetti, the head of the movement disorder center at the Rabin Medical Center in Israel. Further, Nobel Prize winner Alvin Roth, ex-Flatiron Health’s CTO Gil Shklarski and Pomelo Care CEO Marta Bralic Kerns will advise the company’s scientific vision as members of the board.