Five-year-old startup Skyryse has raised a $200 million Series B to develop FlightOS, a flight automation technology stack that the company says will help experienced pilots operate new types of aircraft and allow complete novices to quickly learn the ropes of flying.

Most importantly, the company says FlightOS will be able to be retrofitted onto any aircraft — potentially unlocking flight controls to anyone that can operate a touchscreen and a joystick. Right now, that touchscreen is an iPad, but Skyryse told TechCrunch that will be replaced by “aviation certified touchscreens” in the finished product.

In addition to the screen and joystick, the FlightOS stack includes actuators and flight control computers, which would replace an aircraft’s existing mechanical systems. This one-to-one replacement means that the entire system is “cost neutral,” allowing OEMs to manufacture a vehicle with FlightOS at the same cost as they would for existing aircraft, the company said.

In its early years, Skyryse pursued a fully automated system, with the intention of launching its own urban air mobility service. But the company has scaled back from being an operator, and is instead moving full-force on the FlightOS stack.

FlightOS is not full automation; there still must be someone to operate the joystick, after all. But it’s close. Right now, CEO Mark Groden said the near-term goal was to boost the skills of certified pilots, but longer-term his plans are much more ambitious.

“Our near-term goal is to improve safety in aviation, give current pilots the confidence to fly in various weather conditions with their families and open up new types of aircraft to them,” Groden told TechCrunch. “Our long-term goal is to allow the 220 million licensed drivers to operate any aircraft safely and effectively.”

Still, the system does not account for things like communicating with air traffic control or an understanding of which conditions are unsafe to fly in — things that a certified pilot might learn. But Groden said the current certification process on its own does not ensure safe pilots, the same way getting a driver’s license to operate a vehicle does not ensure attentive driving. 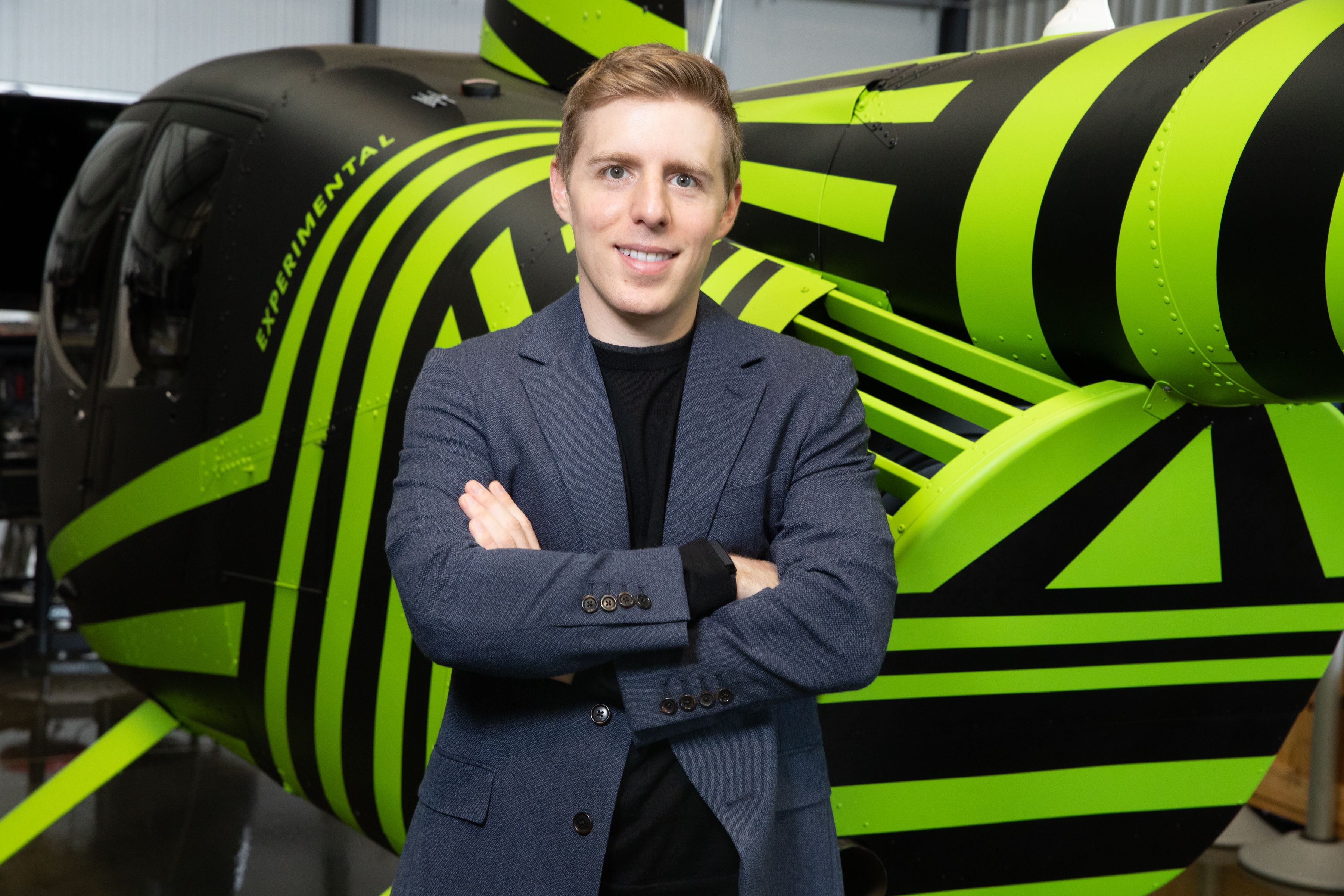 “The reality is that the FAA minimums for getting a pilot’s license are not sufficient to be safe and effective; our goal is to make that so,” he said. “On average people estimate it takes 50 hours of driving experience to get your license. In contrast the FAA only requires 40 hours to become a private pilot.”

It’s important to note that the 40-hour requirement is not for all types of aircraft operations; for example, to fly a commercial carrier a pilot needs 1,500 hours of total flight time. But with Skyryse’s system, a less-experienced pilot could potentially take on new types of aircraft without lengthy additional training hours.

Skyryse currently has partnerships with five fixed-wing and rotorcraft equipment manufacturers, including Robinsons Helicopters. Before FlightOS will start appearing in an eVTOL or helicopter, it first must be certified by the FAA. Integrating into existing aircraft will likely shorten the process, as the company won’t need to certify an entirely new vehicle (what eVTOL developers must do, for example).

The startup says that its tech could even help with the global pilot shortage, a situation that may only become exacerbated if air taxis become operational this decade.