There’s a kind of visceral sense memory that hits you as you enter Farm Zero, a Proustian moment that overtakes the senses after years of living in a major city. It smells like greenhouses and grow rooms: fresh, alive and a dramatic contrast from the world immediately outside the building here in Kearny, New Jersey.

Years of indoor farming breakthroughs have made it possible for leafy greens to be grown at larger and larger scales — and, eventually, at a profit.

As I walk through Bowery Farming’s three active vertical farm and research facilities, my mind is teeming with questions about climate change and the potential of sustainable vertical farming. Yet, when it comes right down to it, it’s the taste and, yes, that smell that will drive the company’s — and the industry’s — success.

We’re decked out in clean room coveralls and hairnets. Watches and jewelry are off, the soles of our shoes still damp from standing in sanitizing solution. “In here, we have a fully enclosed environment,” Sztul continues. “We control temperature, humidity, CO2, water flow, nutrients, light levels. When I say light levels I mean the color of the light spectrum, the intensity of the light, the photo period, the day/night cycles.”

Unlike traditional software products, inventing produce is an entirely different endeavor. Perturbations in the inputs of Bowery’s vertical farm can lead to radically different flavor profiles in the leafy greens it distributes.

In the second part of this TC-1, I’ll look at how the company experiments in Farm Zero and what it dubs Farm X, how it develops new produce lines as it expands outside of leafy greens and how it transforms farm work for the urban 21st century while scaling up at its newer Farm One production facility.

The smell is the first sense to hit, but it’s the visual that really grabs you. Right in front of me are the grow systems that give vertical farming its name. It’s a kind of scaffolding setup with row atop row of leafy greens nestled in long trays and lit by bright LEDs. PVC piping snakes up and down, delivering the water that cycles through the systems — saving 15 to 20 million gallons of water per farm over traditional growing each year, according to the company’s estimates. 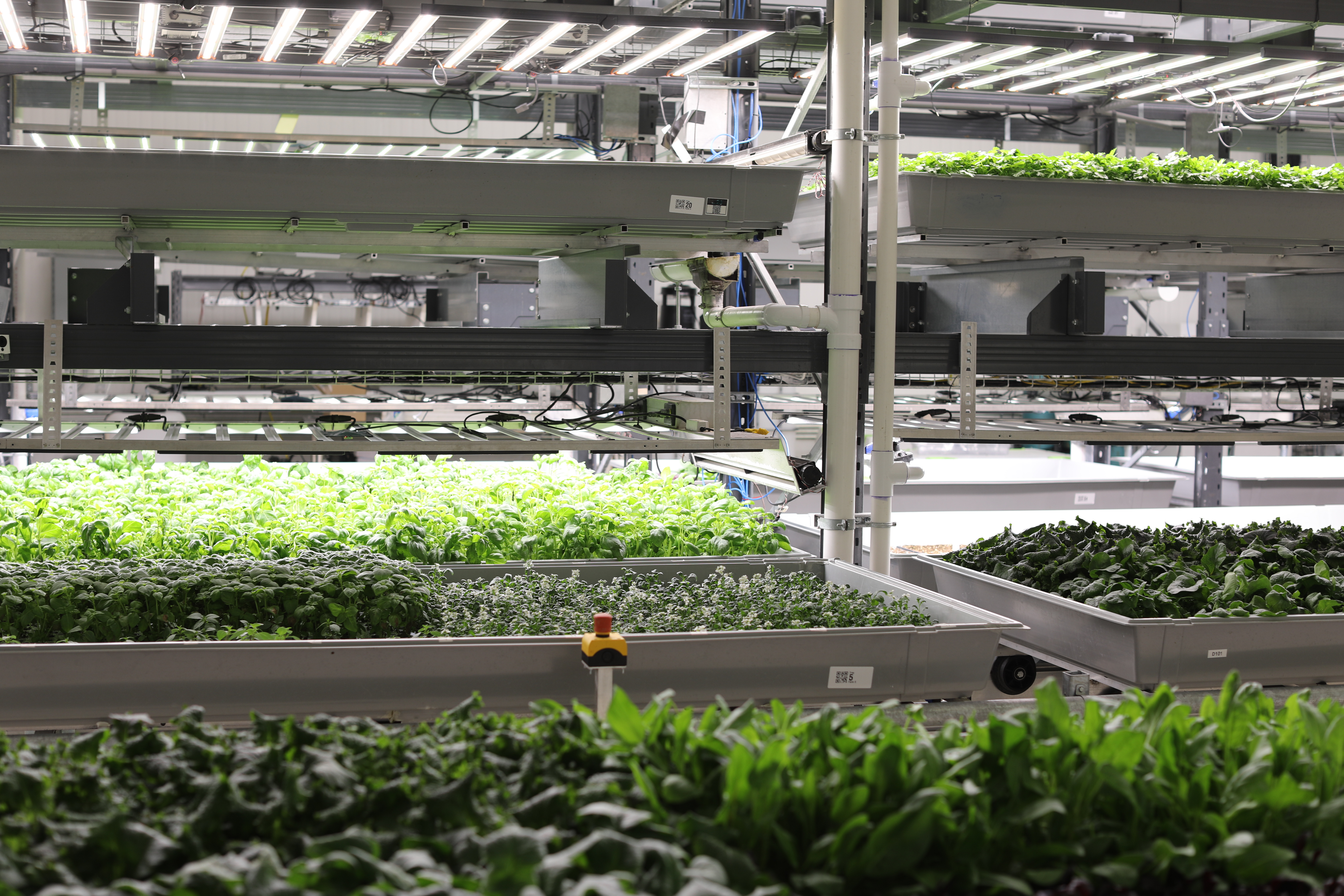 This entire room is part of one closed irrigation system, circulating the nutrient-rich liquid to all the plants. Bowery says that even the water lost from natural plant perspiration can be captured with its HVAC system and recirculated back into the loop.

The glowing lights are a stark contrast to the gloomy industrial park outside, but even indoors, the visual is somewhat difficult to reconcile. The little pods of bright green vegetation exist in almost a laboratory setting, a strange juxtaposition of the natural and the synthetic that speaks to the heart of what vertical farming attempts to do — effectively hacking 10,000 years of agricultural knowledge.