One of the highlights of Adobe’s annual MAX conference is its so-called “Sneaks” session, where the company shows off some of its most cutting-edge research projects. Some of these make it into the mainline Creative Cloud apps and some simply remain cool demos. At this year’s MAX, one of the most interesting sneaks is Project Strike a Pose.

Here is the problem it tries to solve: Sometimes, you may have a photo of a model you want to use, but you don’t have a photo of this specific model in the exact pose you need. Project Strike a Pose then lets you use another photo of another model in the right pose as an example and the software — powered by Adobe’s Sensei AI platform — will automatically generate a new image with the original model in that same pose. It’s basically a kind of style transfer — but for model poses. 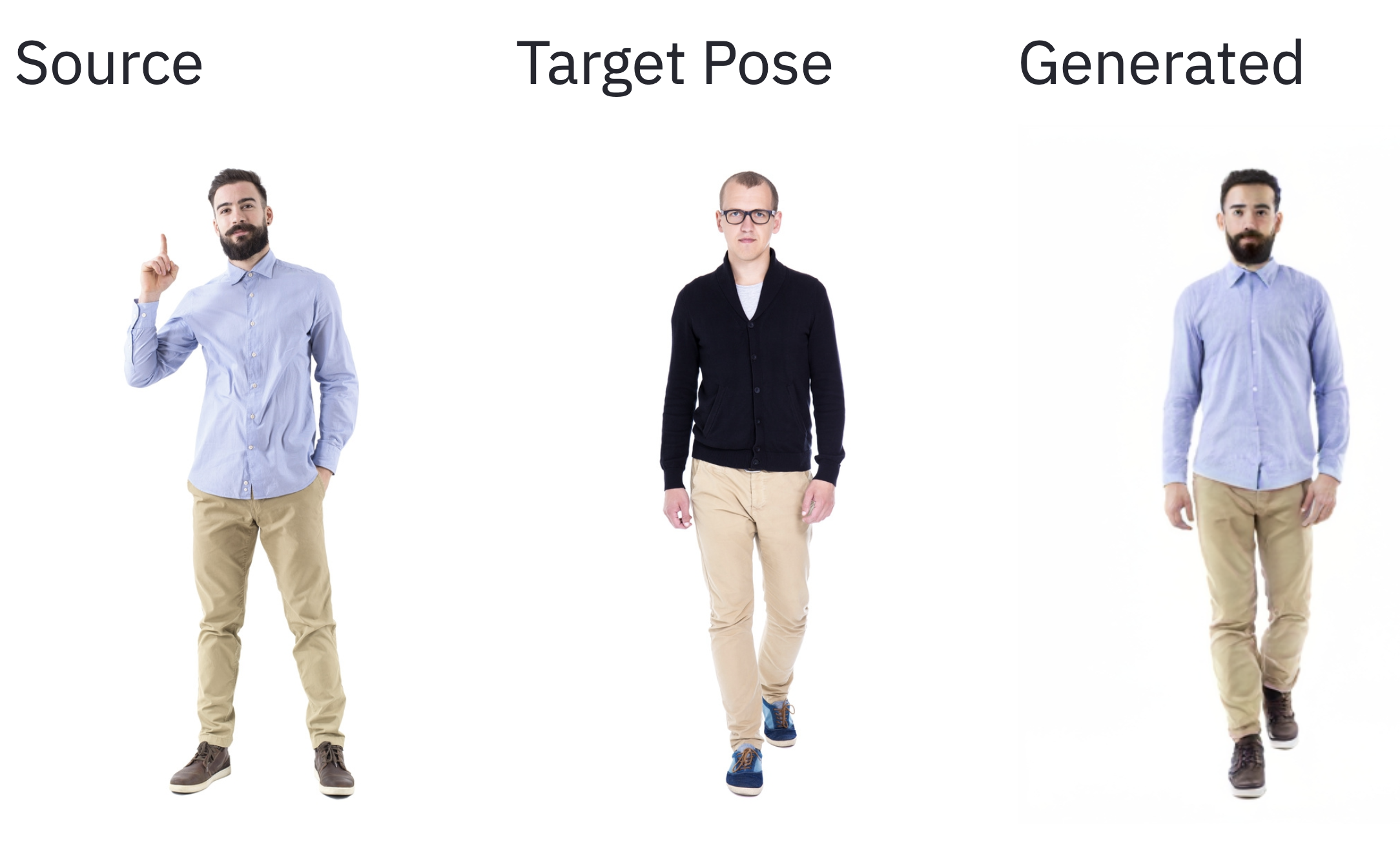 What’s impressive here is that the result isn’t just some rough approximation of the example pose or just the faces swapped between the source and example. At least in the demo Adobe’s Krishna Kumar Singh, the research scientist behind the project, showed me, Project Strike a Pose’s neural network was able to dream up the right look for the clothes the model is wearing, for example, and even rotate the model’s head as needed — and it even gets the shoes right, too.

Impressively, this even works when you ask the tool to dream up an image of the model’s back — though, as you can see in the example below, the hair here is a bit off. 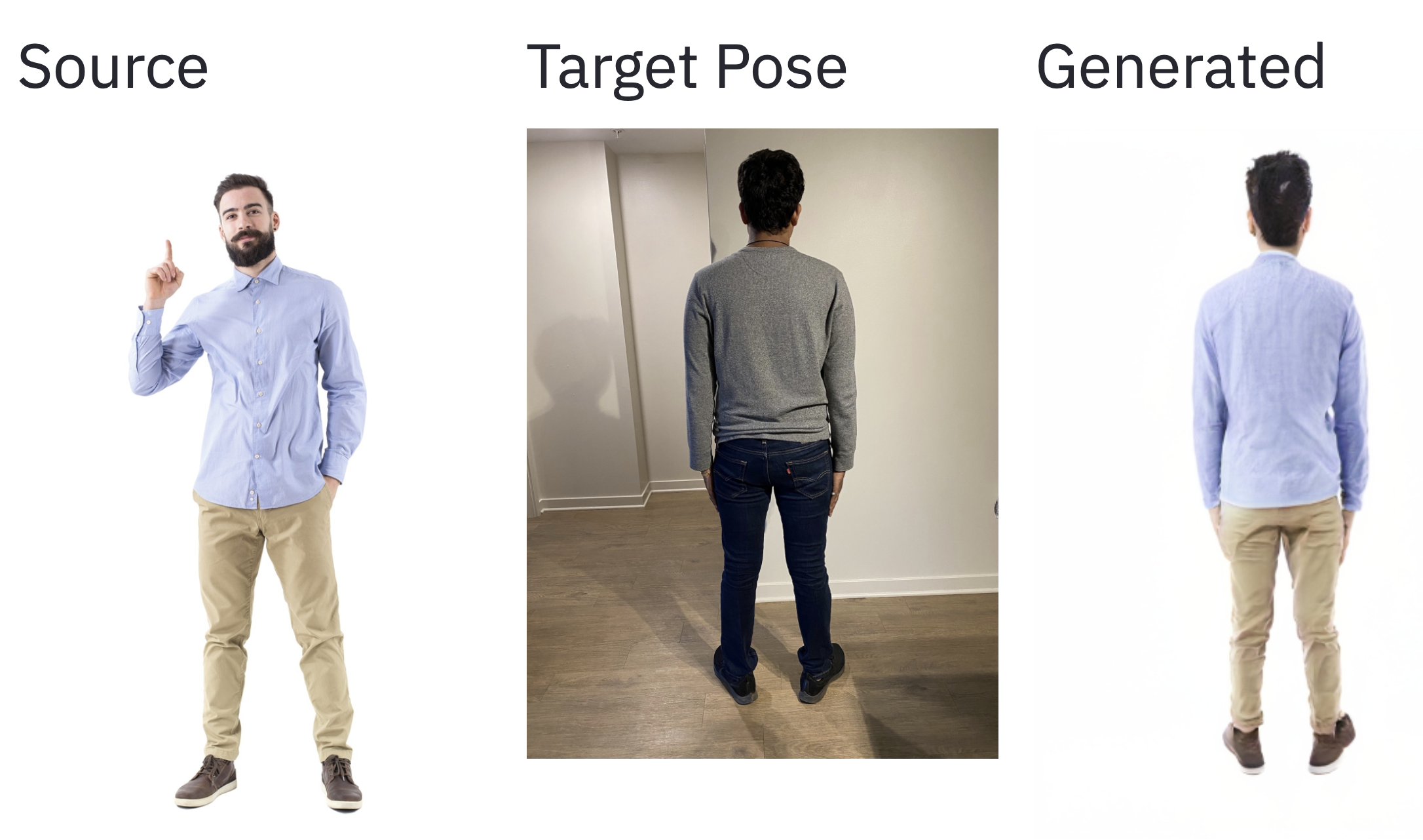 Adobe wouldn’t say too much about how it trained the algorithms behind this project. Clearly, though, to train a neural network like this, it had to use a lot of examples of models in a wide variety of poses. Singh previously worked on a lot of research related to generative adversarial networks, so chances are this new project is already based on this technique.

As of now, this is only an experimental research project and like with so many of the company’s Sneaks at MAX, it may or may not ever make it into a tool like Photoshop. If it works as well as it does in the demos, though (and Adobe says the software has no issues handling models of different ethnicities either), it would surely be a feature that many users would like to see in something like Photoshop or even in a tool like Adobe Spark that is already geared toward a broader audience with fewer image manipulation skills.

Sadly, it’s also easy to see how somebody could abuse a system like this. In the age of deep fakes and manipulated photos, this could become an easy avenue for somebody non-technical to create a compromising image of a public figure — or anybody else for that matter. You can already do that today, of course, but it takes quite a bit of skill to pull it off. Project Strike a Pose would make it a matter of a few clicks.