Misinformation and disinformation content has continued to increase across social media channels, and its effects have impacted every type of organization, from the public to private organizations. A Tel Aviv, Israel-based startup called Cyabra has built a SaaS platform that measures authenticity and impact within the online conversation, detects false information and its authors, and further analyzes it to connect the dots.

The startup announced it has closed a $5.6 million Series A round as it releases several new disinformation detection analysis tools that help to increase authentic conversations, consumer influence, trends and the success and reputation of companies. Its Series A round brings the total raised to $7.6 million.

Cyabra will use the proceeds to bolster its research and development team, expand the company’s global footprint in the U.S. and Asia by adding marketing and sales teams as well as hiring staff, CEO of Cyabra Dan Brahmy told TechCrunch. It also plans to open an office in the U.S. on the East Coast, Brahmy said.

Founded in 2018 by Brahmy, COO Yossef Daar and CTO Ido Shraga, the startup aims to become the filtering mechanism for online conversations used by various types of organizations, Brahmy told TechCrunch. The company can differentiate from competitors through its new proliferation modules, also known as Snowball Effect Analysis, which enables customers to understand narratives and discover trends to have a finger on the pulse of genuine conversation, Brahmy continued.

The Snowball Effect Analysis also allows users to understand how velocity and time can affect the shape of narratives driven by impactful authors. 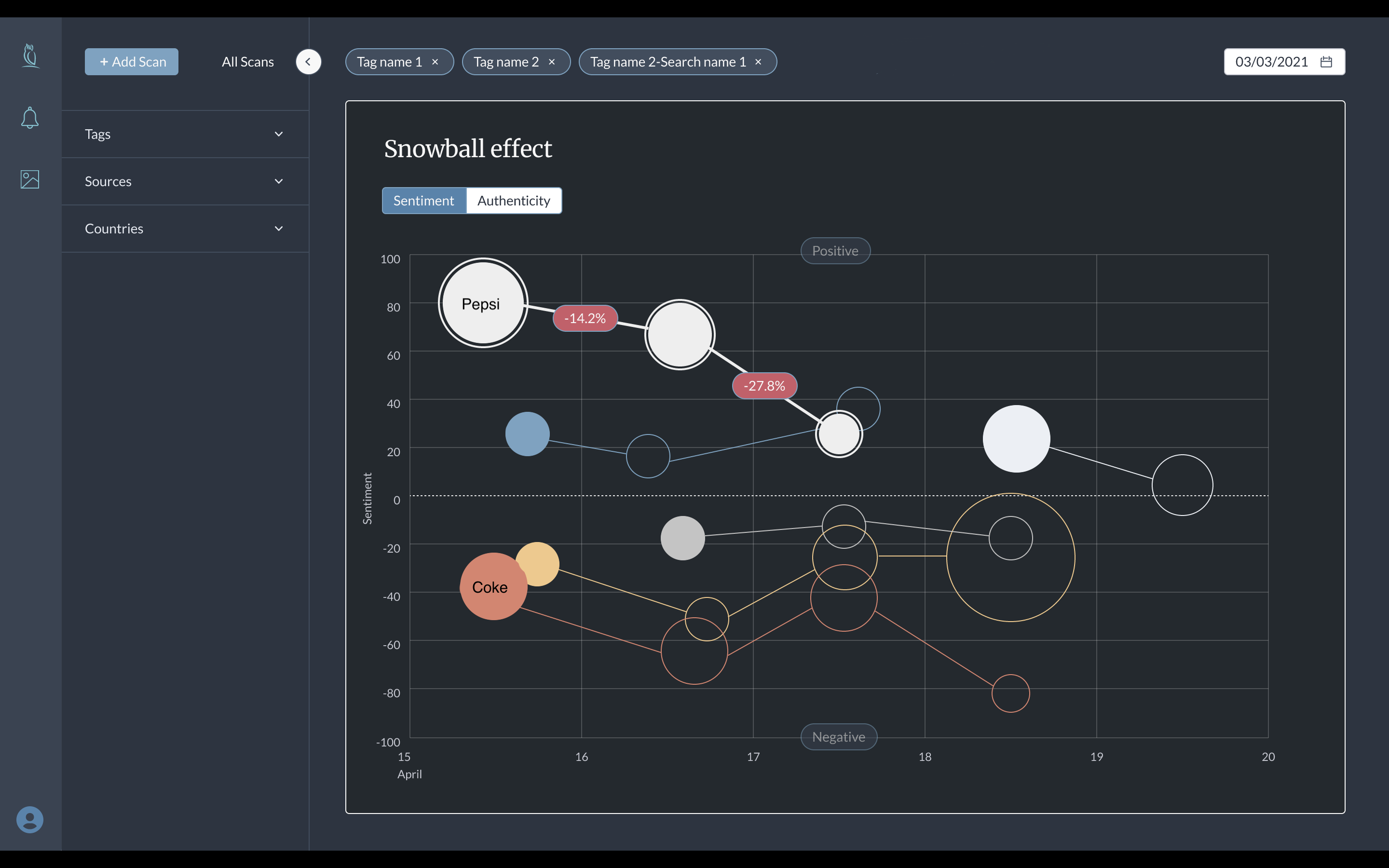 Cyabra uses an AI lens to help its customers understand where communities are forming online to push group messaging. It also zeroes in on the authors of influence perpetrating the most proliferation. The company can gather and analyze information from tens of thousands of data sources, enabling its machine learning to reach accuracy. The company has also enhanced its autonomous client notification system, allowing users to customize preference around changes of authenticity and proliferation shifts in real time.

Cyabra serves customers across various industries, including financial services, consumer brands, advertising agencies and public organizations with the needed tools to uncover information about in authentic narratives and authors, and even to the likes of deep fakes, to examine the influence of nefarious conversations and fake news online, Brahmy explained.

Its clients and partners include the U.S. State Department, global advertising agency TBWA and several large financial institutions. Cyabra says its revenue has increased with a 400% growth in 2020, further showing the need for these organizations to measure genuine conversations occurring online.

Some other peers in the industry were acquired by tech giants, including Twitter, which acquired U.K.-based Fabula AI in 2019, and Facebook, which bought U.K.’s Bloomsbury AI in 2018 to help fight fake news.

“We founded Cyabra to bring authenticity to the digital realm, offering solutions to help make sense of the abundance of noise in online conversations today and uncover truths within these narratives,” said Brahmy. “Disinformation is no longer solely a political issue; we’re seeing consumer brands identify a serious need to examine their online reputation and sentiment under a close lens. We’re excited to expand our footprint and leadership team to offer these companies the resources and information they need to make data-driven decisions and combat disinformation.”

“Nothing is more important in these times than information verification,” said CEO of OurCrowd Jon Medved. “Cyabra is helping major corporations and organizations make sure that what we all read is verified first. This is both a great social need and a great investment.”

ActiveFence comes out of the shadows with $100M in funding and tech that detects online harm, now valued at $500M+