Financial statement audits are an essential part of doing business, but often are complex and can require documentation gathering, most times requiring email correspondence back and forth between the auditor and the company for files and information to complete the task.

T.C. Whittaker, co-founder and CEO of Audit Sight, says companies can spend millions of dollars per year on these audits, but the customer experience is lacking. He recalls doing audit work from a windowless room, punching numbers into a spreadsheet while he was working for PwC.

“It was really painful,” he told TechCrunch. “They have to show all of the details, and out of that, the auditor will make some selections and there is a crazy back-and-forth with the client who is also trying to do their day job. Even back then, I was thinking there had to be a better way to do this.”

He ended up building a company inside of PwC with co-founder Jonathan Womack around cloud systems for audit work and ultimately they left PwC last year to start another company, this time Atlanta-based Audit Sight, that eliminates all of the back and forth by using APIs to access client records and can also look at 100% of the transactions instead of a sample. 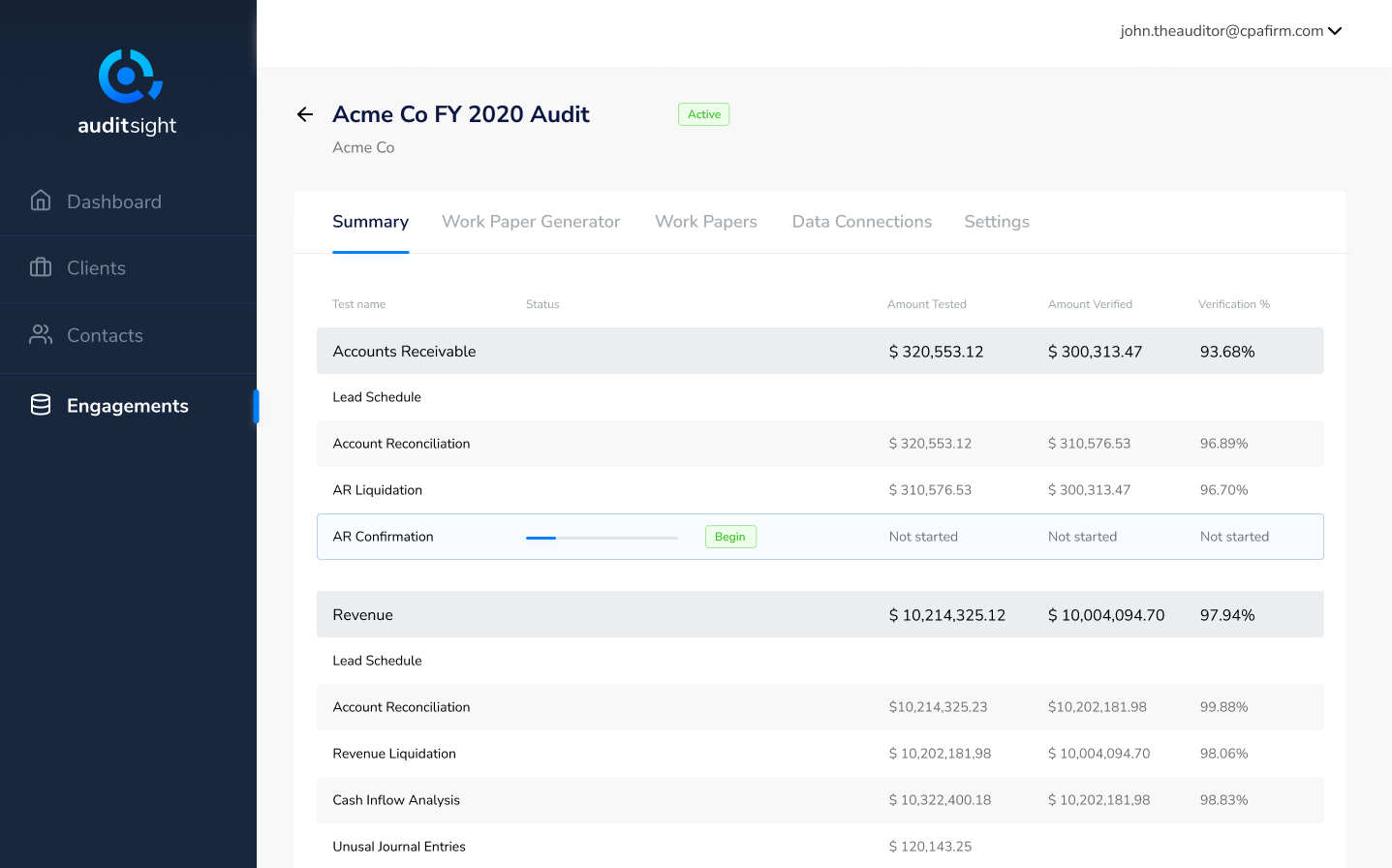 Whittaker notes that the audit services industry is projected to be a $43 billion market in the United States this year, so the new funding will enable the company to jump on additional hiring to meet that demand. It has already added Eric Kingery as chief technology officer and Attila Domokos as executive vice president of engineering.

The company intends to build out several SaaS applications and is poised to roll out its first two modules for revenue and accounts receivables by the end of the year. Audit Sight has customers piloting the software currently.

“Our next steps are to get this thing into the hands of paying customers,” Whittaker added. “Audits are a good thing and provide a lot of trust for how companies are doing. It’s also how banks determine if they want to lend money. We are at the forefront of providing transparency into this world.”

As part of the investment, Ira Weiss, partner at Hyde Park Venture Partners, has joined the Audit Sight board. Weiss knew the company’s team while they were still at PwC and also knew this pain point intimately when he was briefly an auditor himself.

His firm invests in companies that are going after large markets to solve problems that couldn’t have been solved before. In this case, due to accounting systems not yet having largely moved to the cloud.

One of the things that attracted Weiss to the investment was Whittaker’s and Womack’s backgrounds and previous expertise in working with accounting and software.

“I see a world where you can have audits done quickly and painlessly,” he added. “You can contact your audit firm and in less than a week, the firm can do some semblance of an audit. Even 30 or 40 years from now it could be instantaneous.”