When Microsoft announced Windows 11, it didn’t mention anything about how it wanted to annoy users with a less functional taskbar, but it did talk quite a bit about how its new operating system would feature support for Android apps. It quickly became clear, though, that the first version, which went out only a few weeks ago, wouldn’t actually support Android apps. Now, however, Microsoft — in partnership with Amazon and its app store — is bringing a small subset of about 50 Android apps to the Windows 11 Insider Program.

If you’re on the beta build (not the dev build, because that’s on a different development cycle), you can now try apps like Amazon’s own Kindle app, The Washington Post app, Clash of Kings, Coin Master and Lego Duplo World.

All of this should work on AMD and Intel devices, with the apps running on what Microsoft calls the “Windows Subsystem for Android,” which itself is powered by Intel’s Intel Bridge Technology. It’s worth noting that Microsoft is using the Linux kernel and Android OS based on the open source version of Android 11. With that, it gets virtually all of Android’s capabilities, but not some of the apps and additional functionality that Google brings to its Android build. Since that’s pretty much also what Amazon does, it’s maybe no surprise that apps from the Amazon Appstore should work well on the Windows subsystem, too.

Your PC must have virtualization enabled and fulfill Microsoft’s overall requirements for running Windows 11, of course. You’ll also need an Amazon account to access the store. 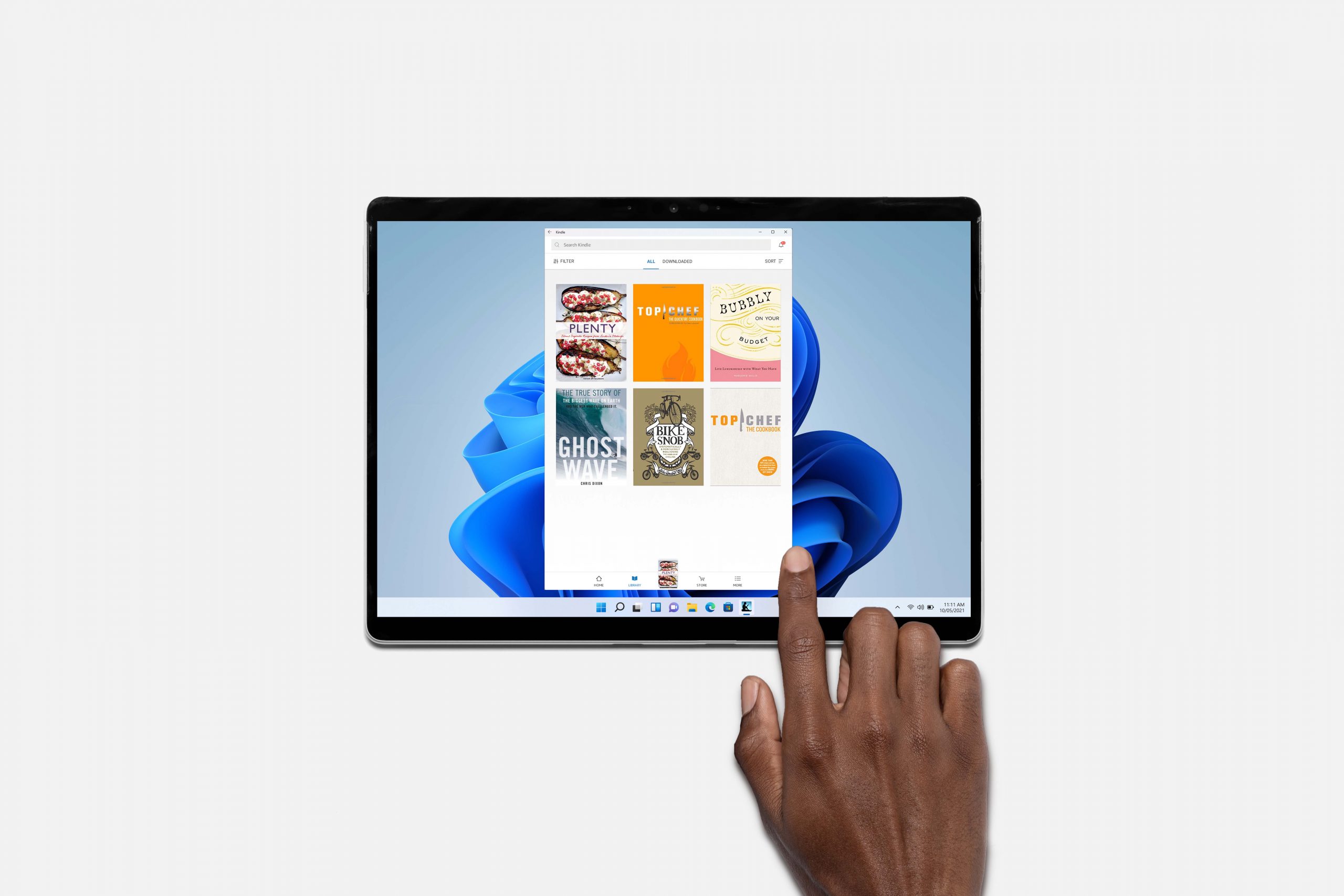 Is any of this a game-changer? I don’t know. I have no issues reading the Washington Post on the web — and I think many parents would prefer it if their kids played Lego Duplo World on a cheap tablet anyway. If you play Clash of Kings or Coin Master, there are other questions you have to ask yourself first anyway.

Now if Microsoft would allow me to move my taskbar up to the top of the screen again, where it belongs, that would be nice, though.