Many companies collect data from all of their users, but they don’t know what is good or bad data until it is collected and analyzed. Now in this increasingly mobile-first world, we use our phones for everything from apps to ordering to food to connecting with our cars.

Though these same companies have accelerated their digitalization to meet employees and customers where they are — up to 92% of all digital traffic worldwide is done through mobile devices — they lack visibility of this data and how it can be converted into retention and revenue.

That’s where Embrace comes in. Founded in 2016, the Culver City-based observability and data company launched its Data Intelligence product following the raise of $45 million in Series B funding led by New Enterprise Associates. Joining NEA in the Series B are existing investors Greycroft, AV8 and Eniac, and a group of founders from PagerDuty, SendBird, LogDNA, Scopely and Testflight. The infusion of capital gives the company $57 million, according to Crunchbase data. 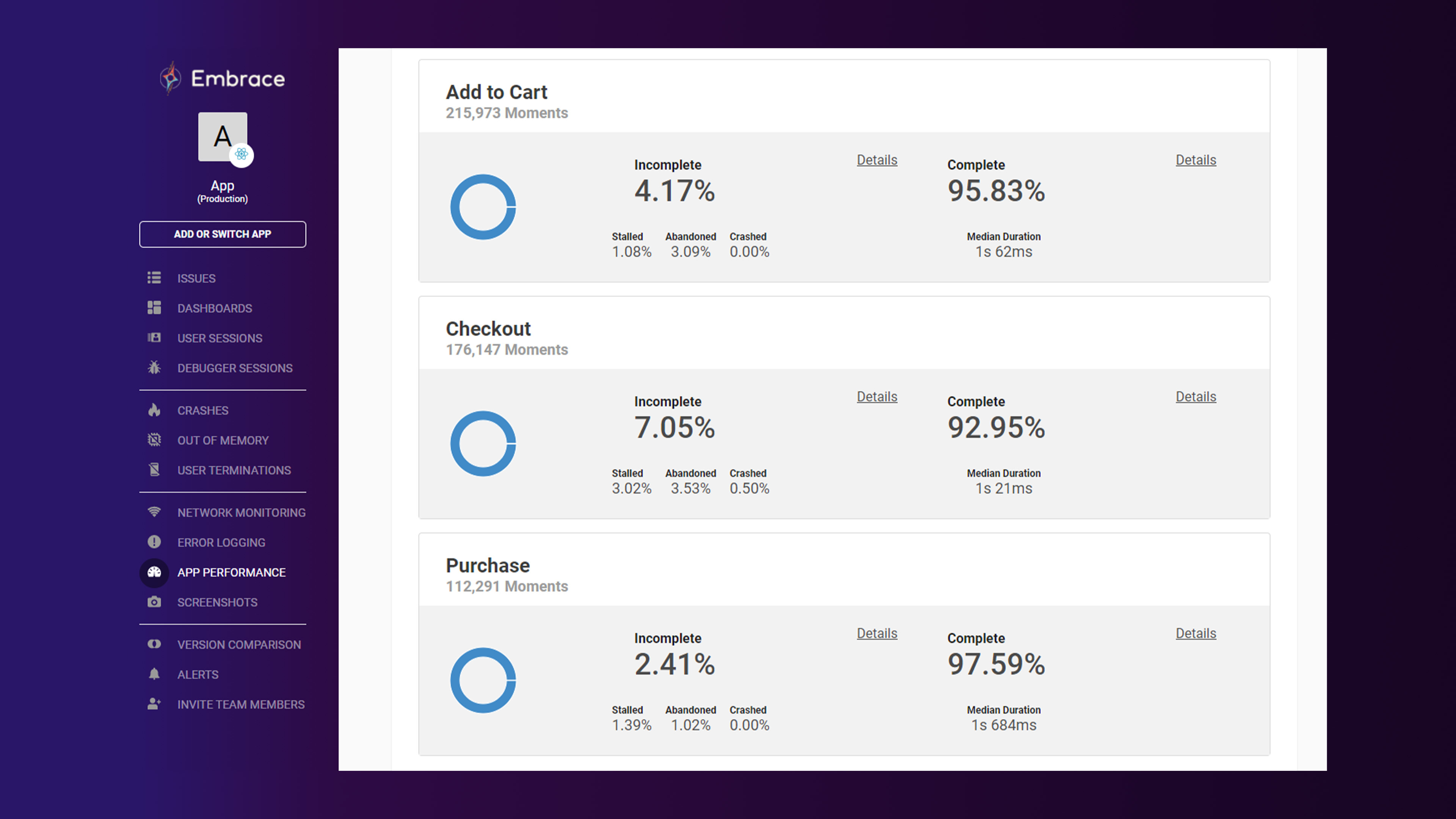 Its new Data Intelligence product enables organizations to make all of their mobile data accessible and actionable by their business intelligence and data science teams so that other departments, like engineering, product and marketing, can use that data to make better decisions about areas like new products and marketing campaigns.

It joins previous products Observability and Resolution that can be used to proactively discover, prioritize and resolve regressions.

“This can be used across industries and for mobile apps like games and social media, but also for the next generation of digital-first industries as more mobile and IoT devices are being used as point-of-sale systems,” Eric Futoran, CEO of Embrace, told TechCrunch. “Mobile data can be disconnected from its user and very voluminous, and our product lets people like engineers look up a user and see what happened.”

Embrace has a SaaS pricing model with both free and pro/enterprise tiers. It now works with more than 100 organizations, including Hyatt, GOAT, Apprentice, Cameo, Glo, TextNow, Dave and ChowNow. Not only has it grown its customer base, but it has also increased its employee count to 45, which is nearly 400% since its last funding round in 2019. Futoran intends to continue that streak, noting that it will be over 100 within the next 12 months as a result of the new funding.

To keep up with growth, of which annual recurring revenue increased three times over the past year, he also intends to deploy the new funds to round out the company’s leadership team, to grow on the go-to-market side for enterprise companies and continue product development.

Embrace aims to verticalize data for mobile devices, for which the stakes are high, as 75% of all media consumed by Gen Z is on a mobile device, Futoran said.

“When you think about experiences with phones, our expectations have never been higher,” he added. “We are pushing the lines of AI, mobile and observability to make sense of the data. That process has to be in real time and automated so that you can figure out what it is and fix it quickly, which is hard to do on mobile. It is a natural evolution for us, and we are going to provide data for those doing the AI and ML for decision making.”