Newfoundland-based CoLab Software, which provides a web-based collaboration tool and issue-tracking platform for engineering teams, announced today that it has raised $17 million in Series A funding. New York-based investment firm Insight Partners led the funding round, with participation from new and existing venture capitalists and angel investors from companies such as Xometry, Onshape, GrabCAD, Bosch, Tesla and Atlassian.

CoLab, which was founded in 2017, allows manufacturing teams to easily share and review design files while getting feedback in real time. The platform currently has several Fortune 500 customers, including Hyundai Mobis, Schneider Electric and Johnson Controls.

“We became frustrated with just how slow and archaic things were,” CoLab co-founder and CEO Adam Keating told TechCrunch in an interview. “We became engineers to solve hard problems and create things but we ended up spending half of our time chasing down administrative work.”

Keating says they found that all of the processes were conducted manually and that the main record of communication within teams was through email. The pair then decided to build CoLab with the aim of helping innovative engineering companies improve collaboration within their teams. They acknowledge that the obvious choice for most founders at the time would have been to start a technology company in Silicon Valley. However, Keating and Andrews decided to start CoLab in Newfoundland and Labrador, the easternmost province in Canada.

CoLab’s short-term goal is to allow engineers to focus on creating and building by making their work as automated as possible. The company is doing this by investing in real-time abilities that allow design and manufacturing teams to collaborate efficiently. 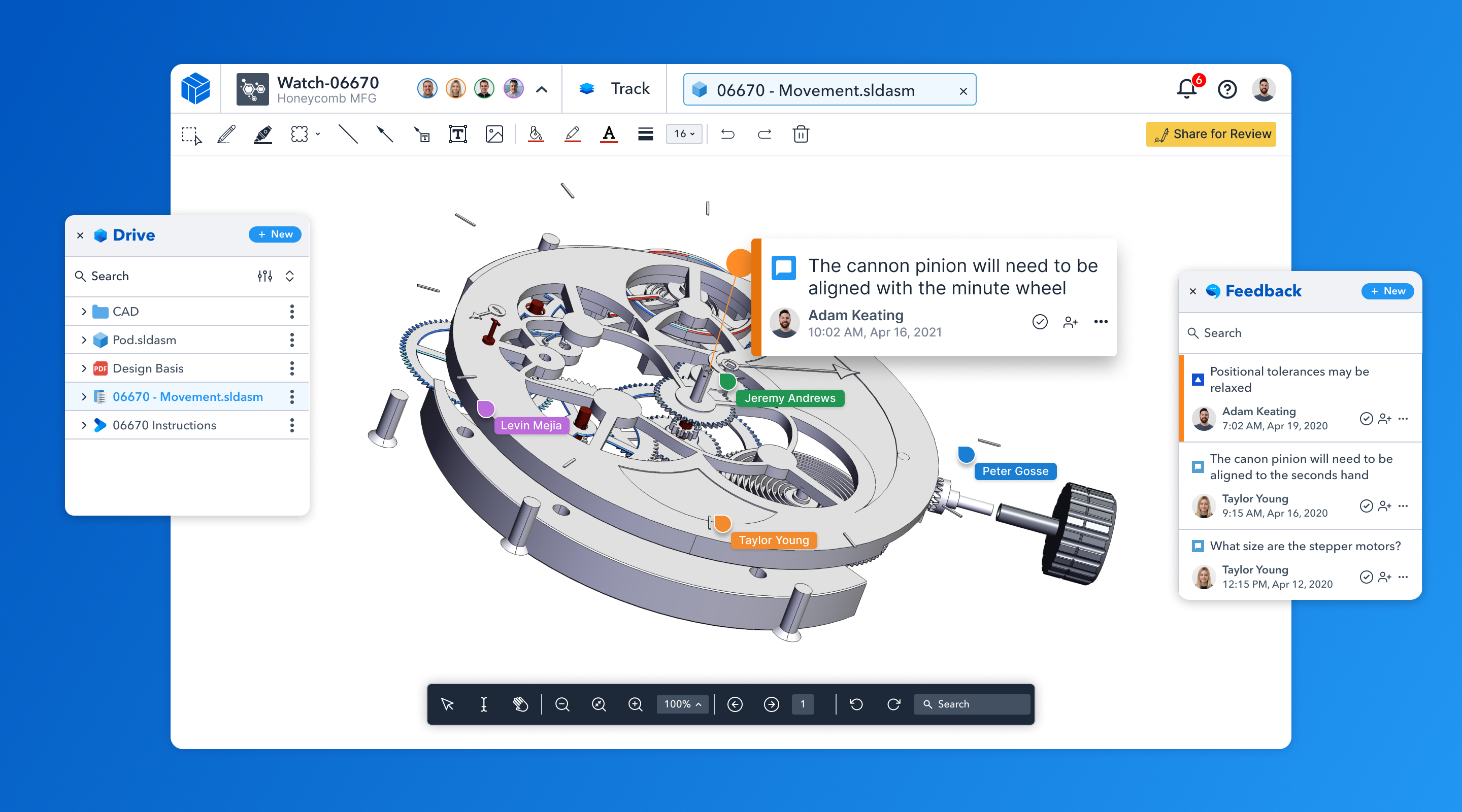 CoLab currently consists of a 54-person team largely based in Newfoundland and across Canada. The company signed a gender diversity pledge in 2019 when its team was 10% female. Today, CoLab’s team is 33% female. With this latest round of funding, the company plans to double its workforce.

“We’re going to open 25 roles right away and then there will be a second group of 25 roles opening up just after the new year. The focus of that is going to be on helping us get CoLab into the hands of more engineering teams,” Keating said.

Additionally, some of the funding will be used for marketing purposes, as the company hasn’t spent much on that front to date. CoLab will use the last part of the funding to invest in upcoming products and features that are scheduled to launch later this year and early next year.

Further, as part of its funding release, CoLab also announced that Josh Fredberg, the managing director at Insight Partners, is joining CoLab’s board of directors.

“CoLab’s CoDesign tool is a game-changer for engineers around the globe,” said Fredberg in a statement. “Rarely do you see a product that so perfectly addresses a pain point that is both highly technical and widespread, but that’s what happens when you combine frustration with an entrepreneurial mindset. Adam, Jeremy and team are uniquely positioned to tackle a profession-wide problem with their category-leading platform.”

In terms of looking to the future, Keating says there is a bigger data model opportunity within CoLab that the company plans to leverage and that the company will continue to aim to give engineering teams a suite of tools that can help combine and automate their day-to-day activities.

“Long-term, it’s about plugging into each and every tool engineers have. We’d love to be plugged into Slack, Microsoft Teams and Jira so that when someone logs into CoLab, it’s their home base,” Keating said.