There is no question that fintech has exploded in recent years. But along with that, we have also seen a related surge in funding into companies that provide the infrastructure that financial institutions — incumbents and fintechs alike — need in order to operate faster and more competitively.

São Paulo-based Pismo is one of those infrastructure providers. And today, the startup announced it has raised $108 million in a Series B funding round co-led by SoftBank, e-commerce giant Amazon and Silicon Valley-based venture firm Accel. Falabella Ventures, PruVen and existing backers Redpoint eventures and Headline also participated in the financing, which brings Pismo’s total funding raised to $118 million.

The fact that Amazon has invested in a LatAm infrastructure provider for the financial services industry is notable. It appears that the company is investing time and energy in Latin America, and with that, is thinking about the payment methods and the infrastructure that consumers of Amazon services will have.

Founded in 2016, Pismo has racked up a list of big-name customers, including Banco Itaú (one of Brazil’s largest banks), BTG, Cora, N26 and Falabella. Its “platform” handles more than 4 billion API calls monthly and hosts more than 30 million accounts, which combined result in over $3.5 billion in transaction volume a month. For some context, at the beginning of this year, it was doing less than $1 billion per month in transaction volume, according to CEO and co-founder Ricardo Josua. It ended 2020 with less than 10 million accounts total. It’s growing at a rapid clip, adding about 2.5 million accounts monthly.

As a SaaS business, Pismo mostly makes money by charging transaction fees. It charges per active account, so prices decrease based on volume. In other words, the more clients a customer has, the less they pay per account.

Pismo’s cloud-native core processing platform is aimed at giving banks, fintechs and other financial institutions “flexibility and agility,” said Josua. It does things like allow customers to launch products for cards and payments, digital banking, digital wallets and marketplaces. Pismo also claims to allow financial institutions to “take charge of their core data and use it intelligently.” Think of it as Latin America’s answer to Galileo.

“We are here to help these institutions to not be constrained and be ready for the next generation of payments and banking services,” Josua said. 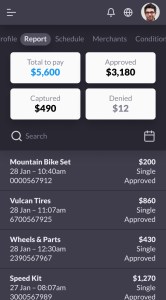 While it’s achieved great success in LatAm, the company plans to use its new capital to expand outside the region as well as to “accelerate the development” of technologies for banking, payments and financial markets infrastructure. Pismo already has customers in Asia and is planning to open offices in the United States (in Austin, Texas) and the United Kingdom (in Bristol).

“All our major competitors are global players,” Josua said.

It also plans to invest in sales and go-to-market strategy. To this point, it has invested with no sales team and very little marketing effort, according to Josua.

Earlier this year, Pismo hired a former McKinsey partner, Vishal Dalal, to serve as its CEO of global operations. Josua is no stranger to the financial space. He also founded Conductor (now called Dock), which is widely considered to be LatAm’s first payments & banking-as-a-service platform, and former executives of that company joined him to start Pismo.

“One year ago, the central bank [of Brazil] launched an instant payment solution. Banks and fintechs were scrambling,” Josua told TechCrunch. “Since we had built the technology for this new generation, we were ready and 100% real time and institutions were able to implement without a single line of code. It is a very simple product that we think will be spread everywhere, even in the U.S.”

Pismo also, unsurprisingly, plans to do more hiring — specifically it’s looking for more than 200 engineers. The startup has scaled from a team of 40 in March of 2020 and now has over 250 employees, 85% of which it says are technical talent.

But just don’t call Pismo a fintech or a BaaS company. Josua prefers the term “techfin” to describe what the startup does.

“We are a technology company first and foremost,” he said. “We even provide the infrastructure for BaaS companies. Five of our clients are providing BaaS solutions to their customers.”

Its investors are bullish on the company’s potential, and not just in LatAm — but globally.

Alex Szapiro, head of Brazil and operating partner at SoftBank, considers Pismo to be a company that “developed from scratch a world-class technology able to solve many of the problems in finance in a very scalable manner.”

“Some of the largest banks and FIs in LATAM are already using Pismo not only for their digital attack initiatives but also for their core products, replacing outdated legacy providers,” he wrote via email. “At the same time, some of the most sophisticated fintechs are leveraging their products with their technology.”

Szapiro believes that Pismo is in a unique position of being a “neocore” technology platform that is already running large-scale operations for financial institutions.

“The founders are outstanding and have great ambitions to make Pismo a truly global company,” he added in a written statement.

Accel partner Ethan Choi said his firm was looking for the “Galileo for LatAm” when it came across Pismo.  (Accel actually invested in Galileo before it sold to SoFi in October of 2019. )

Specifically, he said, Accel was looking for a company that provides the core infrastructure for fintechs but also a company that understood the nuances of the local market’s banking ecosystem.

In Pismo, Accel found those things as well as a founding team that had helped build a “Gen1” version of Pismo today.

“We knew when we were looking, it needed to be a next-gen API-first, cloud-based platform,” Choi said. “And that’s what Pismo is. It’s the most robust platform of its kind we could find in the region, and as robust as any platform we’d see globally. It can help with everything you can list that a fintech needs to do.”

Note: The article was amended post-publication to clarify lead investors