This includes the arrival of characters from past games like Brewster, Kapp’n and Harriet; farming and cooking DIY recipes; new furniture items; and even a paid DLC called “Happy Home Paradise,” coming the same day for $24.99.

Nintendo also previously teased that Brewster, the coffee-brewing pigeon (strangely not a rooster), will make his way to “New Horizons.” In past games, Brewster has run a cafe called “The Roost.” Nintendo shared more information today, showing us how players can grab a cup o’ joe for just 200 bells a cup with friends from other islands. If you have amiibo cards, you can call characters to drink coffee with you (and if you don’t, you can nab the next “Animal Crossing” amiibo pack, $5.99 for six cards, on November 5). 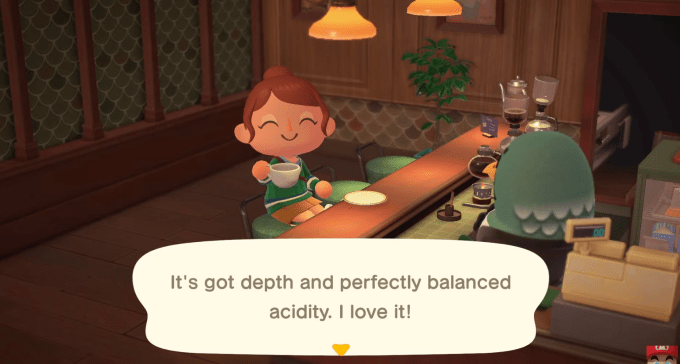 Kapp’n is also coming to “Animal Crossing: New Horizons.” The turtle will take you on his boat (and sing sea shanties on the way) to visit mysterious new islands, which might have different flora, seasons or times of day from your home island — it’s like using a Nook Miles Ticket to search for foreign fruit, only with more possibilities.

Meanwhile, on Harv’s island, Harriet is coming to stay. The pink poodle ran the Shampoodle shop in past “Animal Crossing” games, and in “New Horizons,” she’ll help players learn new hairstyles. In the update, players can help Harv and Harriet build a plaza with various shops, where existing visitors like Sahara and Kicks can come to sell their wares. Katrina, the fortune-telling cat, will also make her “New Horizons” debut.

This update will also bring several quality-of-life improvements that players have been asking for. With the ability to enact island ordinances, players can talk to Isabelle to change what time of day villagers are most active. This can be helpful for gamers whose real-life schedules only allow them to play at a certain time of day.

Meanwhile, everyone’s favorite capitalist raccoon, Tom Nook, will let you purchase more storage, so your home can hold up to 5,000 items, up from 2,400. You’ll also be able to have up to 10 bridges and inclines each on your island, up from eight, as well as ladders to make it easier to climb up ledges.

Other new items like a storage shed and ABDs (automatic bell dispensers) will make it easier to access home storage, bells and Nook Miles from anywhere on the island. We’ll need the ABDs to pay for the new items that are coming to Nook’s Cranny, including lighting and ceiling decor, which are accessible once you get a “pro decorating license” from Tom Nook. 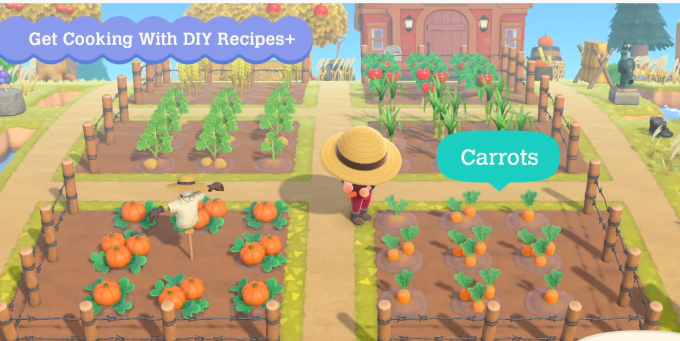 For everyone who loves to cook a bit too much in “Breath of the Wild,” rejoice. Now, a la “Stardew Valley,” we can grow vegetables on our islands, and then use DIY recipes to cook up tasty meals for our island friends. Finally, some nutrition beyond just native fruits.

The update will also let you plant and dig up gyroids on your island, but it’s probably best not to eat those. And while you’re making minestrone soup for Judy, you can listen to KK Slider’s latest hits, as 12 new songs will become available to collect. If you encounter a picture-perfect moment along the way, you can use the updated in-game camera app to take photos from your character’s vantage point — if you use the “tripod mode,” your character can get in the image, too.

If you feel a bit stiff after catching up on all the new updates, you can join in on a group stretching session in the plaza with your villagers. This connects with the motion controls on your joy-cons, though pressing buttons to simulate the stretches also works. 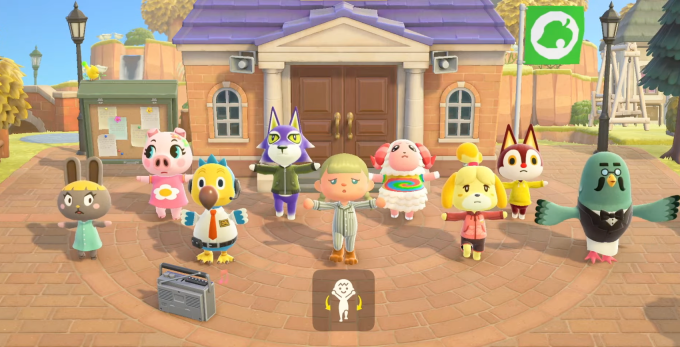 This will be the final free content update for “Animal Crossing: New Horizons.” Key word: free.

Nintendo also announced a DLC for “New Horizons” today, called “Happy Home Paradise.” The DLC is priced at $24.99, but will also be available as part of Nintendo Switch Online+ expansion pack, a new online membership that was teased in September, offering access to classic Nintendo 64 and SEGA games.

Today’s “Animal Crossing” announcement revealed that Nintendo Switch Online+ will cost $49.99 for an individual yearly membership and $79.99 for a family yearly membership. Nintendo’s existing online plan costs $19.99 per year, or $34.99 for a yearly family plan. The DLC will let you “go to work” (ah, yes, paying Nintendo to pretend-work — the “Animal Crossing” way) at a nearby island archipelago, where you can design vacation homes for villagers. Through the DLC, your character will learn new design techniques, like making counters different heights, adding partitions to rooms, polishing furniture to unlock new capabilities, adding custom lighting and more. Thankfully, your character gets paid for their labor (Tom Nook isn’t always great about this) in Poki, which can be exchanged to purchase DLC-exclusive furniture. You can also apply the design techniques from the DLC to your island, and when you gain enough expertise, you can remodel existing villagers’ homes.

“Animal Crossing: New Horizons” debuted for Nintendo Switch in March 2020, right as the United States was heading into its first coronavirus lockdown. The idyllic social simulation game became the console’s second-best-selling game yet, helping people around the world connect during an isolating time.

Despite the game’s smash success, Nintendo has barely updated the game since its launch, save for some deep-sea diving. At a certain point, there’s only so much you can do after getting a five-star island, and logging in every day can feel like a chore.

So today’s announcements mark a chance for Nintendo to corral us back to our virtual islands, where our anthropomorphic animal friends have been missing us, and where we’ll have to get rid of the cockroaches in our pixelated homes.