Tala, an emerging markets digital lender that offers loans between $10 to $500 to consumers and small business owners, has raised $145 million in Series E funding.

Existing investors IVP, Revolution Growth and Lowercase Capital also joined the round that brings Tala’s total funding raised to a little over $360 million. The new investment values Tala north of $800 million, according to a source close to the company.

However, unlike the last financing round where Tala raised $100 million debt financing in addition to its $110 million Series D, the microlender only raised equity this time.

In 2011, Shivani Siroya founded Tala after leaving her job as an investment banking analyst. The idea came while engaging in some research for the United Nations Population Fund. She discovered that many people she talked to in emerging markets were creditworthy but lacked immediate access to credit and quick loans.

To add to that, over 2 billion of these people have limited access to financial services and working capital per World Bank statistics.

Carefully studying the issues causing this problem, Siroya concluded that the financial system in these markets was essentially not designed to meet the needs of the underserved segment. And Tala could change that; and so far, it has (to an extent).

In 2014, Tala first launched its mobile application to offer credit and collateral-free loans to consumers in Kenya but has since expanded to the Philippines, Mexico and, more recently, India. The company uses users’ phone data and their activity (for instance, the frequency and timeliness of paying phone bills) to create credit scores that determine the amount of credit a user can receive.

More than 6 million customers across these four markets use Tala, and the company claims to have disbursed over $2.7 billion worth of credit since its inception.

And with 12,000 new users signing up every day to access credit, Tala is making a transition to offer a broader range of financial services around an account and capture more value across the supply chain.

“Our Android application has allowed over 6 million individuals to access our first product, which was access to credit, said Siroya to TechCrunch over a call. “And now we’re moving beyond that to become that full financial account for our customers. And, again, across our markets, that’s what we’re looking to do with this fundraise.”

The founder and CEO emphasized that the new product offerings will help customers “use, save, protect and grow their money better.”

Think of this as a credit-led approach to digital banking that leverages a credit card or similar offering (in Tala’s case, credit via mobile phones) and provides other services around a bank account. Neobanks such as Brazil’s Nubank and Neon and Nigeria’s FairMoney and Carbon have explored this model.

So what prompted Tala to go this route? According to Siroya, users reduced how they used cash during the pandemic and showed Tala different pain points for why customers needed more financial products beyond credit.

“Because of the relationship and the trust that we have with our customers, we really wanted to move quickly to be able to meet those needs,” Siroya said.

With Tala, users have access to an account and other tools to borrow, save and manage their money, the company said in a statement. In turn, Tala claims it will offer an expanded range of personalized credit options, including longer-term loans to match customers’ income cycles. 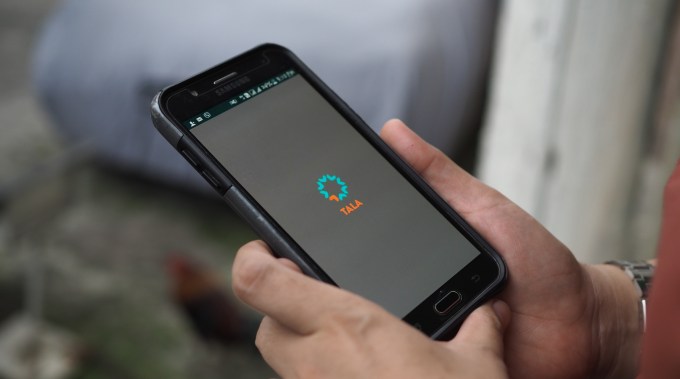 Integral to this new direction is the use of crypto and decentralized finance to enable the company’s roadmap.

The PayPal-backed company says it wants to develop the first mass-market crypto product for emerging markets and making crypto affordable to its users. Then, Tala plans to use blockchain-based finance to refine its capital market strategy and connect investors and borrowers on the Tala platform.

Upstart and the Stellar Development Foundation (SDF), two investors in the round, are critical to this next phase of growth for Tala. An AI lending platform, Upstart has assisted banks and credit unions originate more than $13 billion worth of loans. At the same time, SDF — the nonprofit arm of the Stellar network — leverages interoperability with the world’s existing financial systems.

“For us, it really kind of matches both things. One is continuing to refine and become even better in terms of our credit offerings,” said Siroya. “And then the other side is really thinking about how do we accelerate this experience and leverage crypto with these platforms.”

Following the announcement, Paul Gu, the co-founder of Upstart and Denelle Dixon, the executive director and CEO of the Stellar Development Foundation, will join Tala’s board of directors.

During our conversation, I referred to Branch, a close competitor to Tala, and noted it was interesting both platforms concurrently thought to provide other services besides credit.

Like Tala, Branch started as a digital lender offering loans to customers in Nigeria, Kenya, Tanzania and India. But now the company, backed by Visa, IFC and Andreessen Horowitz, is maturing into a digital bank that provides bill payments, money transfer and investment features.

While Siroya can spot the coincidence, she doesn’t shy away from lauding her company above other seeming competition.

“I do think that, across all of our markets, we’re really seeing that many fintechs are coming in and seeing the same opportunity. But again, when you think about the design of those platforms and products, there is nobody really that has the global breath that Tala has for underserved segment across our four markets,” the CEO said.

With its new capital, Tala plans to also grow its team across the four markets it serves and the U.S., where it is headquartered. The company says it will also pull forward plans for geographic expansion, though it kept numb on what markets they could be.