Starting as a Facebook support group for founders, the Female Founders Alliance community has done a lot of evolving and changing since its inception. Today, it announces a name change and the fact that it’s started writing checks out of its inaugural fund. With $10 million to play with, the newly minted Graham & Walker is focusing its attention on “the potential of all women in business,” including through community-building, investments and various programs.

The fund has its work cut out, too — even in an extraordinarily frothy market. As VC Claire Diaz-Ortiz points out in a column last month, only 9% of all funds deployed to technology startups went to founding teams that included at least one woman. Solo woman founders and all-women teams raised just 2% of all VC dollars. As far as we are aware, Diaz-Ortiz is not involved with Graham & Walker, but echoing her sentiments: it’s encouraging to see initiatives like Graham & Walker coming into the picture with an agenda to change that.

“[Women founders] need to be unleashed in the hard local and global problems,” says Merrie Williamson, Corporate VP for Microsoft Azure Apps, Infrastructure & IOT — and an investor in Graham & Walker. “My participation in this fund is in part a nod to all women and their potential.”

The name “Graham & Walker” might be tripping you up, conjuring up old-school partnerships from days gone by. Shed your first impressions — the firm isn’t named after its founders or investors, but includes an elegant nod to influential women in history.

“We know that when people first hear Graham & Walker, they imagine that it is named after two men, like a very old-school law firm,” explains Leslie Feinzaig, founder and managing director. “But when you dig deeper and see who we are and what we do, that makes you question what inspired your own assumption. The ampersand also has a lot of significance, it represents you and me, it represents our community.”

Specifically, the firm is named after Katharine Graham — newspaper publisher of The Washington Post and the first female CEO of a Fortune 500 company — and Madam C. J. Walker, an African American woman who is widely recognized as the world’s first female self-made millionaire. 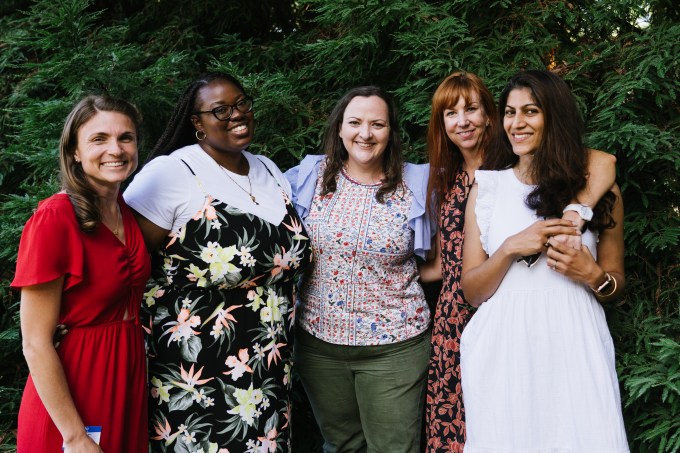 “A big reason for this rebrand is our own evolution of seeing the world as binary (founders and non-founders) and realizing we are all the same person. It is women who want to take ownership of their careers,” says Feinzaig. “Graham & Walker is a way for us to grow into serving that woman at any point in her trajectory — not just in the time she’s a founder but as an investor, advisor, corporate leader, board member and so on.”

Updated: TechCrunch previously reported that the fund was $9M. The figure has been corrected to $10M after a spokesperson from Graham & Walker made us aware of the mistake.