Matik, which has created automated data-driven software for customizing Google Slides or PowerPoint presentations, has raised $20 million in a Series A funding round led by Andreessen Horowitz (a16z).

Menlo Ventures, BoxGroup and Oceans Ventures also participated in the financing, which brings the San Francisco-based startup’s total raised to just over $23 million since its 2019 inception. The venture firms joined a group of angels — including GTM Fund, angel investor Keenan Rice (who was part of Looker’s founding team), Allison Pickens (former COO of Gainsight), Elena Verna (former SVP of Growth at SurveyMonkey)  and Jon Herstein (current CCO at Box) — who also put money in the round.

Matik’s product targets data-driven organizations, specifically sales and customer success teams, to make it easier to create personalized presentations such as quarterly business reviews, pricing proposals and one-pagers. It works by automatically importing content from a variety of data sources, according to Nikola Mijic, co-founder and CEO of Matik.

The startup says its technology transforms content from static to dynamic — whether it be text, charts, images or tables. It claims to save teams time from number-crunching, formatting and data pulling from disparate sources such as CRMs like Salesforce, BI/visualization tools like Looker and data warehouses such as Redshift, BigQuery or Snowflake.

Because the content is dynamic, presentations are “completely editable” after they’re generated, the company says.

With Matik, “what used to take hours is reduced to minutes,” leaving more time for strategic work, according to Mijic. Enterprise and mid-market companies are its target customers and it claims to be able to help them save money as well as help convert and retain customers.

“Some people spend four to six hours a week to create data-driven stories, and we get it down to a few minutes, saving them over 200 to 300 hours a year to do more strategic work and speak to customers,” he told TechCrunch. 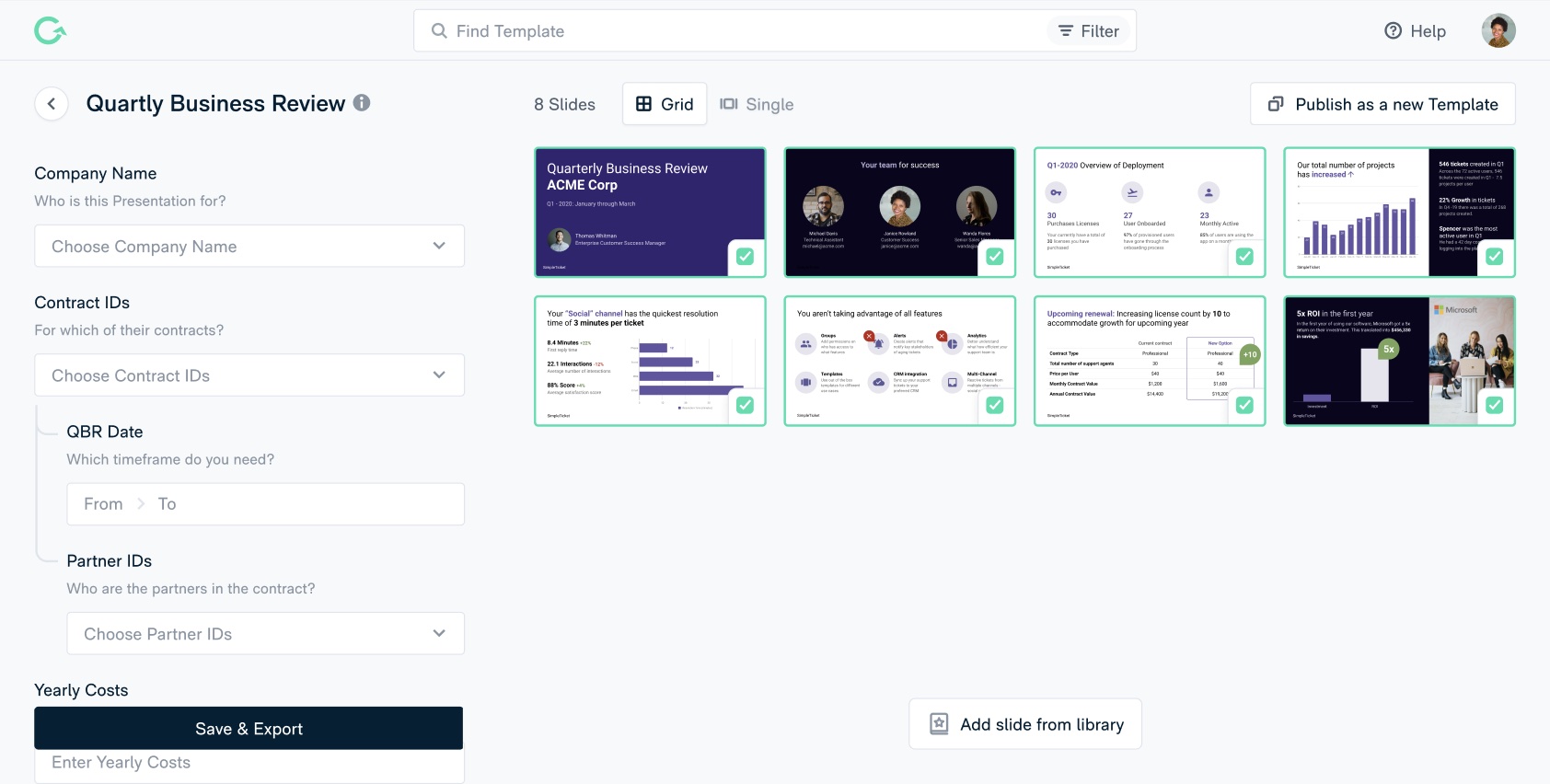 The company runs on a license-based model, and has seen many companies buy a certain number of licenses and then “expand pretty quickly” to different teams by buying more licenses.

In a short amount of time, Matik has built up a customer base that includes some big names, including Glassdoor, KeepTruckin, Handshake and Hover. It says that since Handshake started using Matik, it’s already saved 4,500 hours. While he declined to reveal any hard revenue figures, Mijic said Matik has grown “by 3x” since the beginning of the year and he expects it will have grown “by 4-5x” by year’s end compared to the end of 2020. So far, he added, it has had “zero churn.”

Mijic first came up with the concept behind Matik while at LinkedIn. He was supporting sales and customer success teams and was constantly asked to help put together presentations at the last minute by, for example, running a bunch of queries that pulled data. There, he worked on an internal solution to facilitate the presentation-building process for the company’s go-to-market teams and led the eventual redesign of the solution.

Mijic then teamed up with early Box employee Zak Stein to found Matik to solve the problem more broadly.

Looking ahead, Matik wants to explore the possibility of applying its technology to e-mail, or “anything that is repetitive in nature that needs to be personalized.” It also wants to expand its product offering to teams beyond sales and go-to-market.

“Storytelling is not just in a presentation,” Mijic said. “We can take what’s core to our product and infuse it to other types of narratives.”

It also, naturally, wants to do some hiring. The company currently has 13 employees and expects to boost its headcount to 20 by the end of the year.

A16z general partner Kristina Shen, who will take a seat on Matik’s board as part of the raise, said Matik has built a product that automates “a hugely manual and painful process” for many business functions: the personalization and updating of data in presentations.

She described the Matik product experience as “incredibly seamless and intuitive,” giving an end user the ability to create an entire presentation “with just a few inputs and clicks.”

“Customer feedback for Matik is consistently effusive and really speaks to the fact there are no satisfactory alternatives in the market,” she wrote via email. “Considering the varied use of and ongoing need for data-rich presentations as a key storytelling tool, we believe the long-term potential of Matik is massive.”

Naomi Ionita, partner at Menlo Ventures, led Matik’s $3 million seed round in October of 2019. She said she was drawn to the team’s authenticity as well as the product market fit.

“You can imagine people laboring over these decks, pulling data from all these disparate sources with the goal of really crafting a story and personalizing it and then having to tweak the story based on different data points and making sure that story flows, month after month or quarter after quarter,” she said.

Thus, the time savings are an obvious benefit “out of the gate,” according to Ionita.

“The other benefit here is driving revenue, as when companies spend painstaking hours putting presentations together, they tend to only be able to cover a certain percentage of their accounts,” she told TechCrunch. “And so by automating this, we’re seeing customers be able to increase their account coverage. And all of these customer-facing folks will confirm that when you have the personalized touch point with their customers, it does have an impact on expansion and renewal opportunities.”