Following Tile’s recent close on $40 million in debt financing, the company today is introducing its latest lineup of lost-item trackers, including the long-promised ultra-wideband-powered tracker aimed to compete with Apple AirTag, Tile Ultra. This product, though being officially announced, is not yet available for purchase. Instead, the company’s first updates include the premium Tile device, the Tile Pro, which features a new design meant to better address its core use cases of being attached to bags, keys, backpacks and luggage. All of Tile’s other existing trackers — the Mate, Sticker and Slim — have also been upgraded with new features like louder rings, longer finding ranges and increased water resistance, among other things.

Tile has been working on the Tile Ultra for some time, as the company’s plans for its new technology were detailed in January. The device will have the same form factor as Tile Pro, but a more premium design treatment and will ship with a stainless steel ring. More importantly, the device will be powered by ultra-wideband technology, which is the same thing Apple AirTag uses for more precise finding capabilities.

When available, Tile Ultra will combine both Bluetooth and ultra-wideband finding capabilities with the ability to seek out objects as far away as 400 feet, then display their location in an updated mobile app interface. Here, you’ll look at a camera view of your room or other location, with large, AR arrows pointing you to the location of your missing Tile. 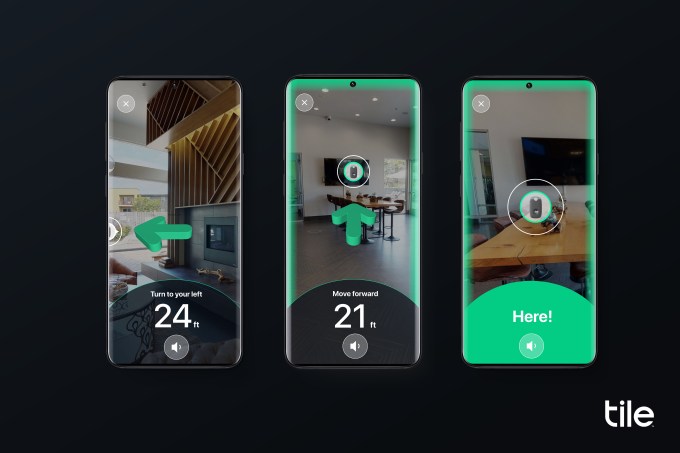 Tile, a staunch Apple critic in recent months, has been vocal about how Apple has entered its market and immediately put it at a disadvantage from a competitive standpoint. Though newer model iPhones shipped with ultra-wideband capabilities powered by the U1 chip, the ability to tap into that functionality has not been available to third-party developers until the launch of iOS 15. That gave Apple a head start with AirTag. For comparison, Tile says it has been working closely with its partner Google to ensure that its new ultra-wideband device will work well with Android 12, which brings ultra-wideband to Android for the first time.

“Apple held off making ultra wideband available to pilot until they launched their first product and had that product in the market for a while,” noted Tile CEO CJ Prober, of the delay to launch Tile Ultra. For this reason, the upcoming Tile Ultra won’t ship until early 2022.

In the near term, the rest of Tile’s lineup is getting a significant refresh.

The popular Tile Pro looks very different with its new, more slender form factor, which Tile landed on after around 16 different design choices it tested internally.

“This form factor really resonated with folks because of the way it hangs on your keys — it’s like a key fob, and it just fits really well,” notes Prober.

The device only has slight enhancements on the performance side, as the aesthetics change was the big update here. It will continue to feature a 400-foot finding range and a one-year replaceable battery. 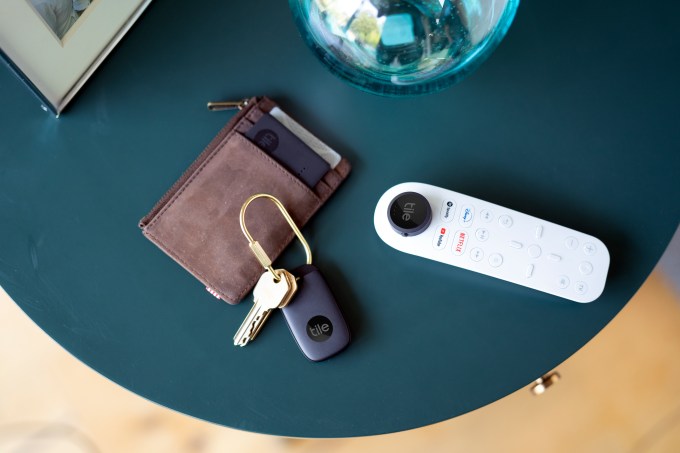 The rest of Tile’s lineup was updated, too. The Tile Mate has an updated, sleeker design that also fits well on purses and keyrings, and will now come in both black and white. It features a 250-foot range (an increase of 25% over prior versions) improved water resistance (to IP67, or 30 mins. at one meter deep), a louder ring and a three-year non-replaceable battery.

Tile Sticker, which works well on things like your TV remote or other items where you can’t easily attach a tracker, is getting a 67% improvement in range to up to 250 feet. It will also get the same update in terms of a louder ring, improved water resistance and a three-year non-replaceable battery.

And finally, the Tile Slim, designed for tucking inside wallets, has received the same updated set of performance improvements in terms of range, battery and ring. 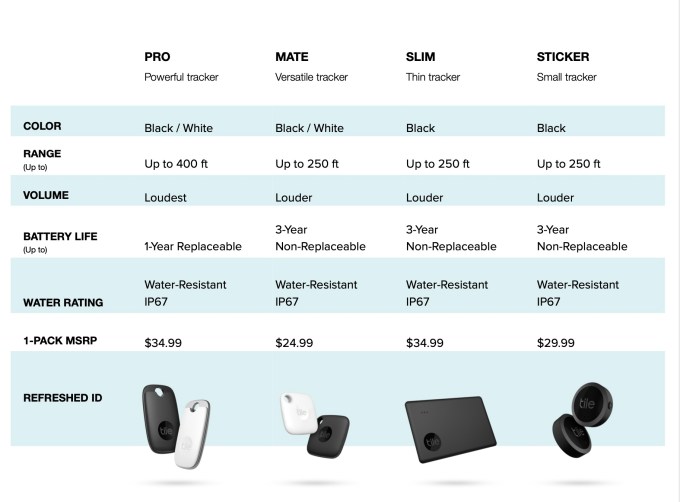 Along with the product updates, Tile is updating its mobile app with a new way to find lost items, called Lost and Found. This service allows anyone who finds a lost Tile item to scan a QR code on the device to see the owner’s contact information so they can coordinate its return. 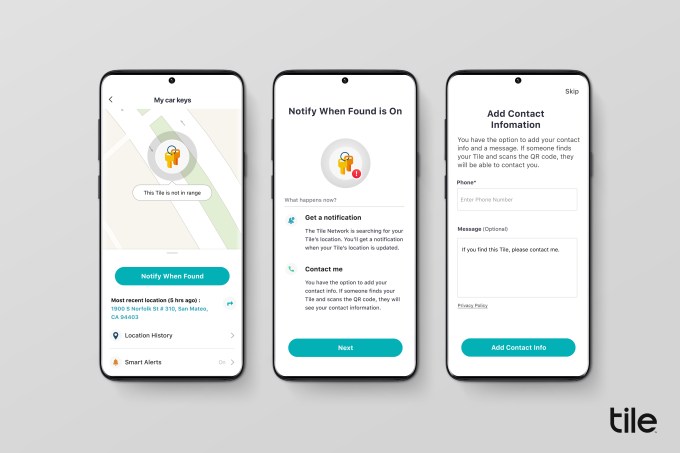 Inspired by AirTag’s security features, which periodically warns if an unknown AirTag is following you around, Tile will also identify if an unknown device is nearby. This feature, however, works differently from Apple’s AirTag. Instead, users will be able to download the Tile app, then push a button to enable a manual scan of unwanted Tiles nearby. They will not need a Tile account to do so. This functionality is not yet live, but was designed based on recommendations from the National Network to End Domestic Violence, Tile says.

“Almost 70% of stalking victims know their offender,” says Prober. “And their guidance was that you really need to put this kind of safety feature in the hands of the user, as opposed to having people waiting for some type of notification that might go away.”

This feature, called Scan and Secure, will go live on iOS and Android early next year.

Though Tile has moved into services and has been expanding through partnerships with companies that want to include lost-item finding into their own products, the majority of Tile’s revenue still comes from the direct sale of its devices. To date, Tile has sold 40 million trackers and has over 425,000 paying subscribers — a smaller portion of the many more users who don’t subscribe to a premium service. During the first half the year, Tile’s revenues increased by over 50%, but the company declines to share its hard numbers.

The new Tile lineup, except for Tile Ultra, is available today on Tile.com and retailers like Amazon, Costco, Best Buy, Target and others.