Vishal Punwani, the CEO and co-founder of SoWork, is building a business based off of a feeling that he stumbled upon by accident.

SoWork, a virtual co-working startup, began after Punwani and his co-founders decided to build a machine learning edtech company. While building, Punwani’s team, who ironically met while playing World of Warcraft just 17 years ago, needed a better way to communicate. So, combining their love for building and gaming, the group put together an internal communication product inspired by virtual worlds.

The team’s internal communication tooling began growing faster than their external edtech one. The startup eventually rebranded and pivoted to Sophya, a company based on the feeling that every employer will eventually feel the pressure to invest in a virtual work experience for employees to repair culture and combat climate change.

The feeling was enough to convince investors to back the early-stage startup. SoWork announced today that it has raised a $15 million seed round led by Talis Capital, a U.K.-based firm that routinely cuts early-stage checks. Beyond hiring and R&D capital, SoWork has also added one big customer to its 100-company private beta: Tinder.

By bringing on a virtual space, Tinder is trying to show new and old distributed employees what its work culture is like, from collaboration rooms to company-wide virtual events such as hackathons. Still, while delayed office reopening plans may have triggered Tinder’s interest in a virtual space, the company appears to think the technology will be key going forward. 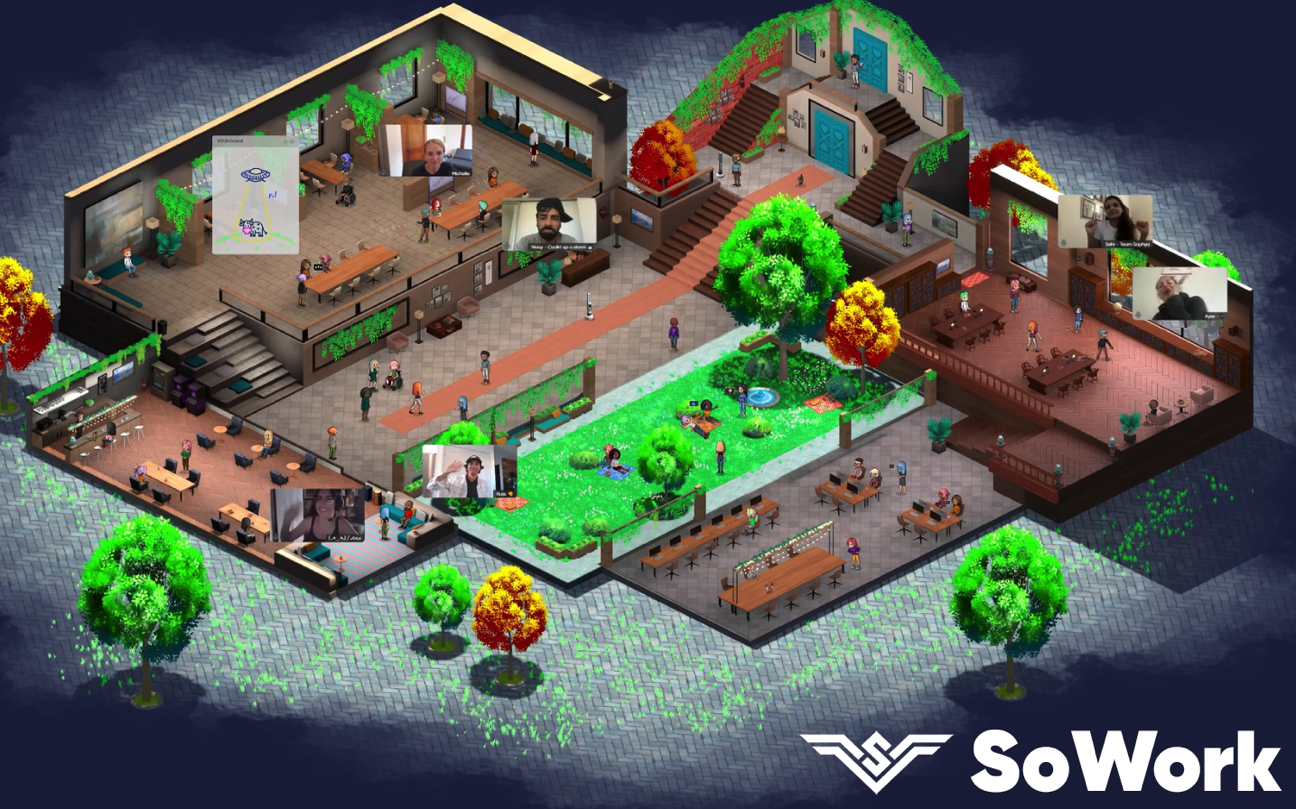 “It’s been incredibly important to find more permanent ways to extend Tinder’s culture into a hybrid physical and virtual space as we think about the future of how our employees will be working,” said Nicole Senior, VP of Culture and DE&I at Tinder, in a statement.

Permanence is the elephant in the room for any virtual HQ. SoWork is joining a string of virtual HQ platforms like Teamflow, With and Gather. One of the biggest challenges for any virtual HQ business is if it’s realistic to expect employers, especially those in the growth stage, to transfer their growing teams to the metaverse, when in-person offices do the trick. And as Slack invests more to bring spontaneity and huddles to its already well-ingrained service, startups need to prove that its customers, even the ones that didn’t grow up gaming, want to live and work in an online universe.

“If they’re not feeling the problem, that’s fine. But eventually, there’ll be so many companies that have built up a base in whether it’s SoWork or something else, that the benefits of being on those other platforms will start to build up. And then all of a sudden, there are benefits there that [employers] can’t get elsewhere,” Punwani said. “It’s like Twitter. In the beginning, [no company] was like ‘oh we must have Twitter.’ But as it became the place where all of the random noise happened, then they said, ‘we want to go there because we want to stay relevant.’”

The metaverse is coming for ‘Squid Game’

Sophya has a number of functionalities that add to its experience, from proximity-based audio and high-quality video, self-expression of avatars, customizable offices and visualization of who is around you. It is also building ways for employees to venture outside of their offices into the broader SoWork ecosystem to network with folks at other companies and to attend community events — all within the platform. Punwani estimates that teams spend between 25-40 hours per week working out of their virtual offices, for both asynchronous catch-ups and synchronous meetings. 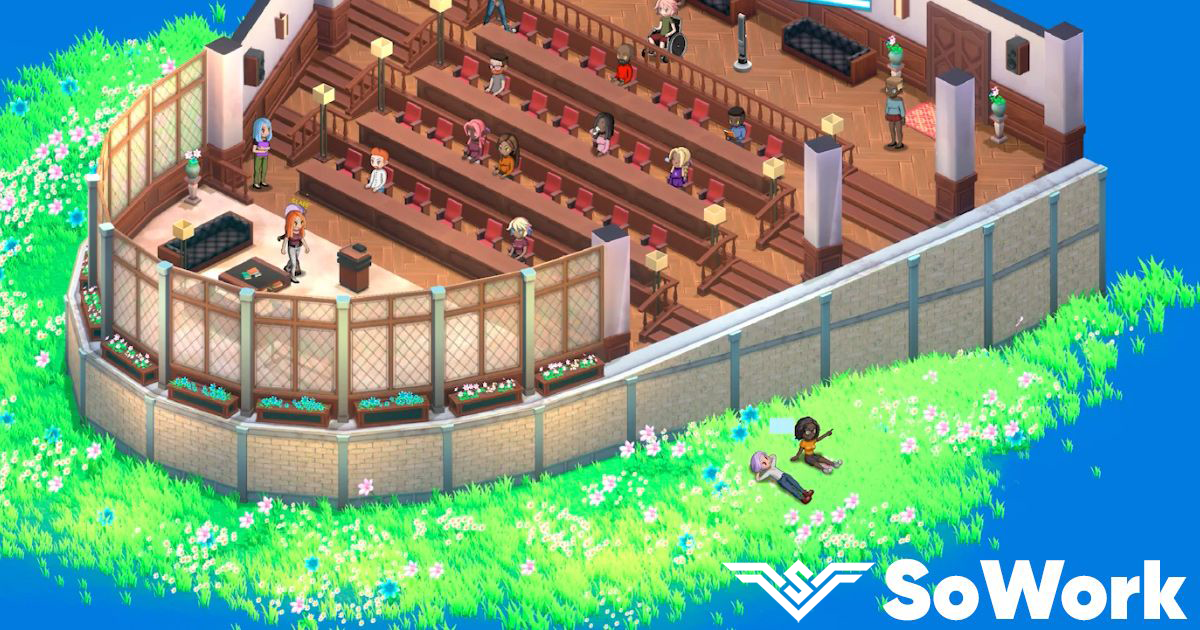 Still, the startup’s biggest differentiation may be the team’s mindset on climate change. Unlike many virtual HQs on the market, SoWork is loud about its mission to combat climate change by giving employers a way to grow their companies virtually, instead of through offices. The startup plans to showcase estimates of how much carbon emissions and commute times have been saved for companies that live in SoWork rather than IRL. It also chose a bank for its Canadian entity that is 100% divested from fossil fuels, and is doing the same for its U.S. corporation, per the co-founder.

“Climate is the number one thing that we’re trying to deal with, it’s why our tagline is moving workplaces from the earth to the cloud,” Punwani said. “Imagine what that does to climate impact, right? [It limits] carbon footprint, commuting, small business travel, [and the] building [of] pointless fucking buildings and parking lots.”

The diversity of the team is also striking in comparison to its competitors. Punwani is joined by two co-founders, Emma Giles and Mark Liu, and five of SoWork’s six main teams in ops, marketing, growth, product and research, are led by women.

SoWork is opening up its private beta to the public in the first week of November. There are already over 1,000 companies, amounting to over 300,000 people, on the waitlist.