Every popular social media platform has opened up a new type of storytelling to a new generation of users, but TikTok’s impact has perhaps been the swiftest as the short-form video platform’s user base has quickly swelled past 1 billion users and transformed how social media stars are made.

FourFront is a media startup that’s looking to define a new type of storytelling on the platform, aiming to popularize a network of individual actors performing scripted short-form serialized stories that feel native to TikTok. Fictionalized storytelling in vlog form is clearly not a new development for social media, but FourFront is hoping that it can capitalize on the discoverability opened up by TikTok’s For You Page (FYP) to steadily build new audiences.

The startup has a couple dozen characters on TikTok, with a handful racking up several hundreds of thousands of followers. Not all of the characters have been hits, and FourFront’s team of writers and social media strategists have settled on nine characters who they’re looking to create an interconnected “universe” around where the actors organically cross paths with each other. While FourFront’s team plans out the character arcs, it’s on the actors to shoot the videos themselves.

The scripted content is often pretty soap opera-esque, but follows the format of popular videos on the platform; “watch us confront my sister’s cheating fiancé LIVE” implores one video from FourFront’s most popular character “Sydney,” who has nearly 500,000 followers after debuting in June. In addition to helping catch her sister’s cheating fiancé, Sydney has also discussed the stresses of her roommate breaking her lease early and the lessons she has learned working in customer support for a dating app.

FourFront co-founder Ilan Benjamin tells TechCrunch that his startup isn’t trying to mislead anyone into thinking that their network of characters are real, noting that their profile bios highlight the fictional nature of the stories and that each of the videos include the #fictional tag. “We don’t want to confuse audiences or trick them, we want them to be entertained,” Benjamin says. 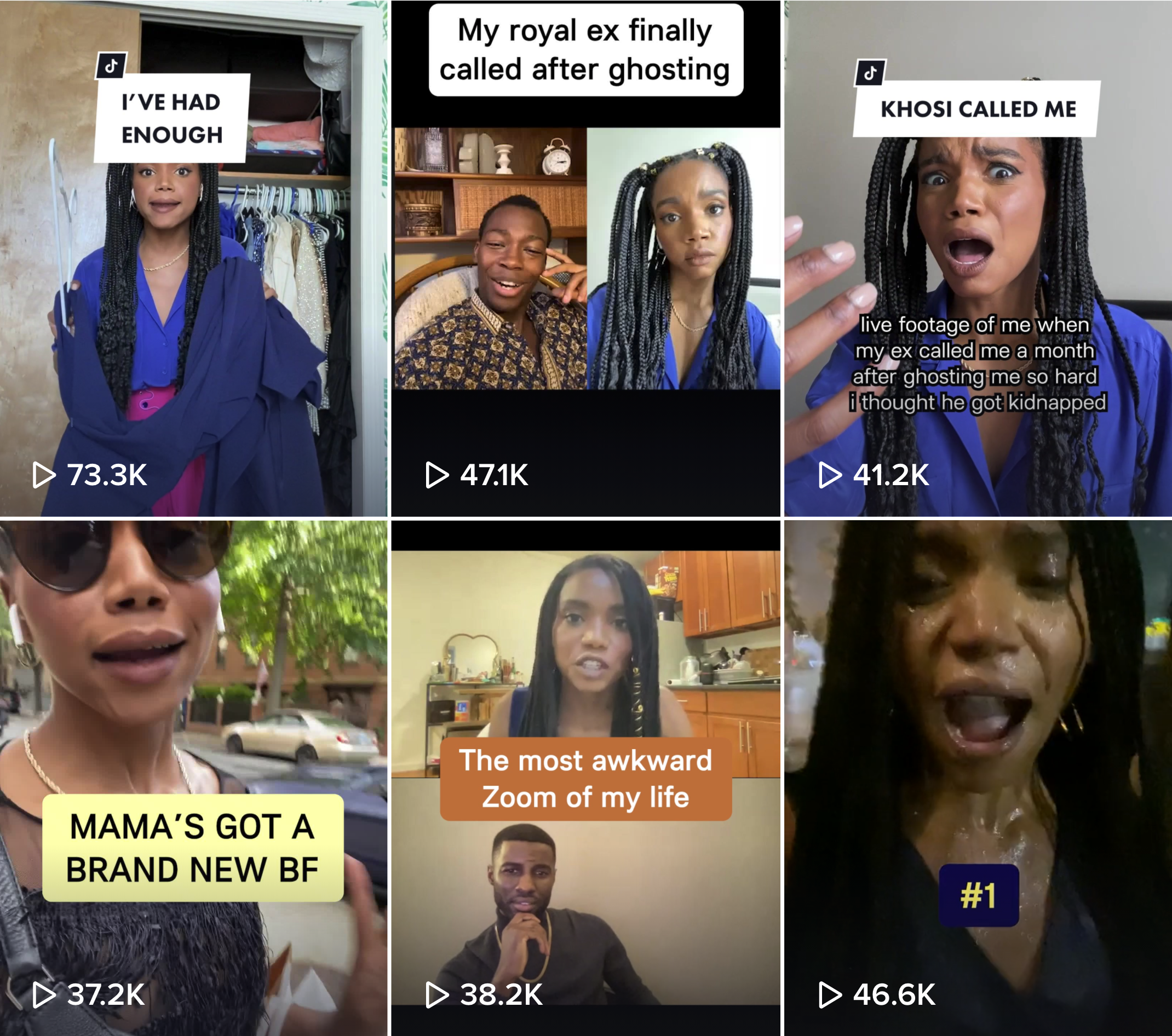 Building content for TikTok means catering to the whims of the FYP, which means plenty of viewers are catching characters like Sydney in the middle of their storylines, something that can create storytelling challenges when it comes to balancing the patience of existing fans while capturing the curiosity of new viewers.

“The plot mechanics might be repetitive,” Benjamin says. “It’s a constant balancing act; every video has to stand on its own, and every single video has to be evergreen.”

For now, the company is largely focused on building out its network of stars and their audiences while looking to push boundaries in how audiences interact with characters using tech products like conversational AI chatbots and polls to help direct the stories themselves.