Nearly a year after Dott originally announced plans to launch a bike-sharing service, the new offering is going live in Paris. Dott is better known for its scooter-sharing service across dozens of European cities. It is adding electric bikes to complement its service.

In addition to Dott, Lime and Tier also have scooters currently available in Paris. These three companies have won permits to operate scooter-sharing services with 5,000 scooters each. In addition to Paris, Dott operates in major European cities in Belgium, Finland, France, Germany, Italy, Norway, Poland, Spain and the U.K.

Dott originally planned to launch bike-sharing with its own custom-designed bike in March 2021. That plan is taking longer than expected but the company still expects to manufacture its own bikes in Europe. In the meantime, Dott is partnering with its existing scooter manufacturer Okai.

Bikes are already live in the app in Paris. You can see scooters and bikes nearby, or you can filter the map view to focus on bikes or scooters specifically. Dott expects to provide 3,000 e-bikes in Paris by the end of the year.

Renting a Dott e-bike costs as much as renting a scooter. Prices differ depending on the city. In Paris, for example, it costs €1 to unlock a bike (or a scooter) and €0.23 per minute. There are also multiple passes that let you get unlimited rides for a certain time or waive unlock fees. These passes work with both scooters and e-bikes.

In Paris, Dott’s bike-sharing service competes with Lime, which acquired Jump’s e-bikes as part of a complicated investment deal with Uber. It costs €1 to unlock a Lime e-bike and €0.20 per minute. Pony also offers free-floating bikes for a third of Lime’s rate.

And yet, Dott’s biggest competitor will be Vélib’, the dock-based bike-sharing service subsidized by the city of Paris. There are hundreds of thousands of Vélib’ subscribers in Paris. Even with a free V-Libre account, users pay €3 for an e-bike ride of 45 minutes or less. As a comparison, riding a Dott e-bike for 20 minutes costs €5.60.

But price is just one thing, as I already saw someone happily riding a Dott bike. For instance, some users will install Dott to unlock scooters and end up using bikes in addition to scooters. The startup also plans to launch its bike-sharing service in Rome, Milan, Brussels and London. These bikes feature a swappable battery and the fleet will be operated by the same in-house logistics teams. 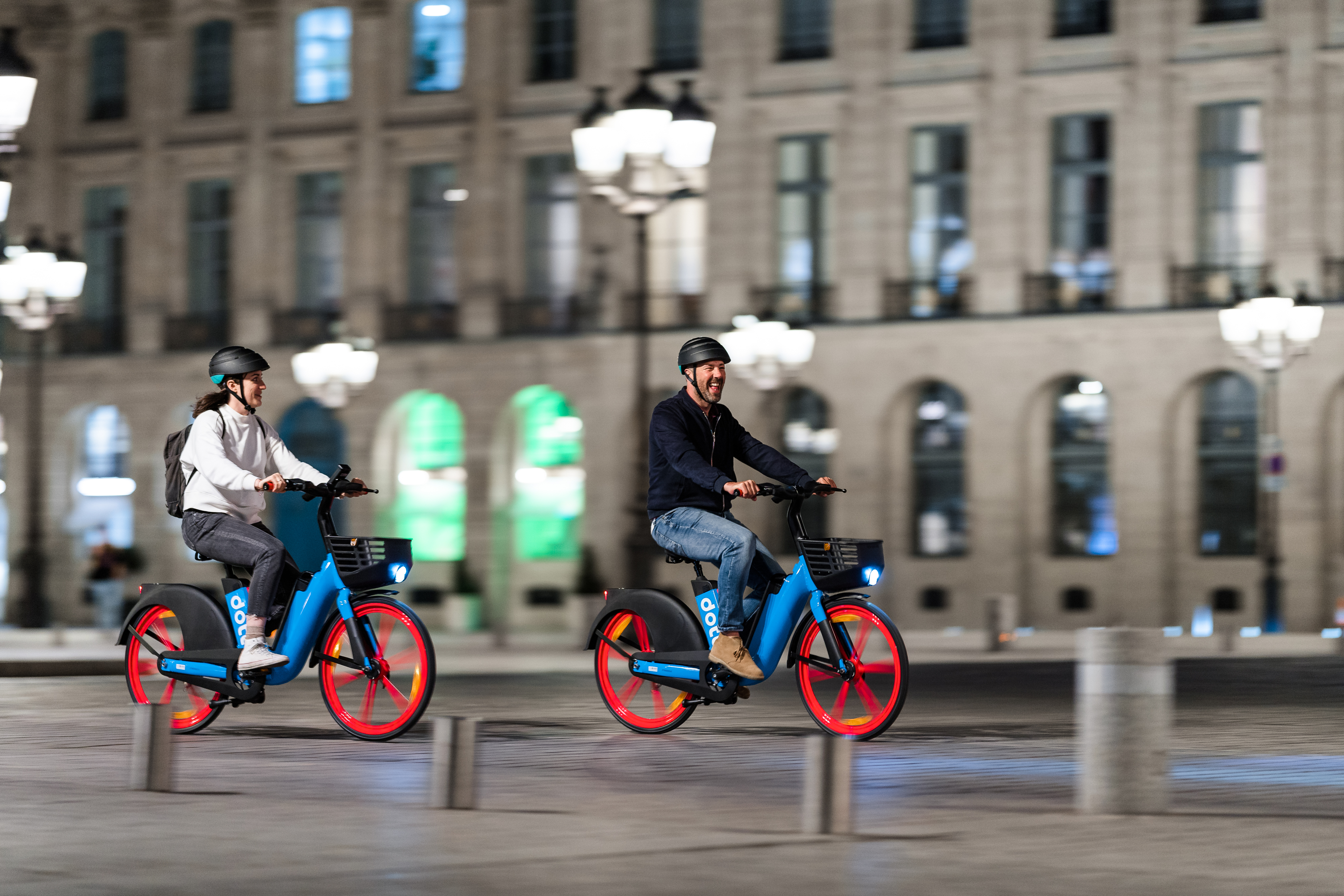