Ride-hailing and e-scooters caused chaos for cities across the United States, even as companies promised they would fix more problems than they created. The city of Los Angeles — eager to introduce zero-emission transportation — wants to ensure the launch of air taxis doesn’t repeat past mistakes.

To help prepare Los Angeles for the new tech, a nonprofit organization spun out of LA Mayor Eric Garcetti’s office is working with air taxi developers and local residents to develop a policy toolkit in advance of commercial operations later this decade.

There’s a lot to be hammered out before then. Foremost, the aircraft must be certified with the Federal Aviation Administration — a mammoth task in and of itself. But even beyond aircraft certification, companies will also need to plan for infrastructure, namely vertiports, or where the air taxis will take off and land. And these come with real issues like noise pollution and zoning laws that have the potential to affect not only city residents but other transportation networks, too.

Urban Movement Labs was spun out of the mayor’s Office of Economic Development in 2020 to become a standalone 501c(3) nonprofit aimed at shaping the future of mobility in the city. This year, the organization commenced an urban air mobility (UAM) partnership with the mayor’s office and the Los Angeles Department of Transportation to drill down into how the city can integrate UAM into existing infrastructure and transportation networks in a way that maximizes equity and accessibility.

The partnership is being funded, in part, by Archer Aviation and Hyundai’s Urban Air Mobility division.

“We have a commitment from Hyundai and Archer to actually focus on assisting us in developing this policy toolkit,” Sam Morrissey, UML’s executive director, explained to TechCrunch in a recent interview. “That’s everything from the policies around where these vehicles will fly, the air routes, where these vehicles may land outside of commercial airports … and other related policies around planning for [vertiports].”

“Our role is to really facilitate the new deployment of technology in Los Angeles,” Morrissey said. He added that the city wants to avoid the ex post facto scramble to regulate transportation technologies, like what happened after the launch of Uber, Lyft and scooter rental services.

“Particularly in 2016, when Uber Elevate started talking about flying taxis in cities, the city of Los Angeles said, ‘We need to have a separate entity that can help focus this.’”

UML fashions itself as a three-way bridge between the city, private industry and, most importantly, Los Angelenos. The three perspectives may not always align. The launch of electric air taxis, in particular, presents unique challenges that need to be solved, everything from fire risk and zoning issues to noise pollution and issues that cause disagreement among stakeholders.

Consider vertiports. While certifying the aircraft is solely in the jurisdiction of the FAA, “if you want to build new infrastructure on the ground, this is obviously a municipal and a city question,” Greg Bowles, Joby’s head of government affairs, explained to TechCrunch. “The way you want to use that, the access to that, the permitting, those are all municipal [issues].”

Morrissey said companies are primarily approaching route planning from a market standpoint — for example, looking at where people currently use Uber Black, the ride-sharing company’s premium service — while Urban Movement Labs wants to overlay that onto a regional-planning approach that accounts for how UAM would support existing transportation networks in the long term.

Siting and zoning laws are another issue. Beyond the easy-to-imagine NIMBYism that may crop up once potential vertiport sites are located, operational tempo, or flights per hour, could affect how many air taxi operators can use a given site.

While both Archer and Joby have announced private partnerships with REEF Technology to convert assets like parking garages into vertiport sites (and UML recognizes that these locations make a great deal of sense for a number of reasons), the city’s own regulations must still be accounted for before air taxis can start ferrying customers.

“Converting the roof of a parking structure sounds good, but you ultimately still need [the building and safety departments] to come in and say that this deck can support these aircraft, that the fire suppression needs are adequate enough,” Morrissey said.

A major question mark is whether and how many vertiports will be exclusive-use versus shared among the companies. One can imagine air taxi takeoff and landing sites like airport gates (homogenous and shared among all airlines) or more like gas stations (branded, competitive and offering different amenities). This, too, could be another potential point of contention between the city, its residents and the air taxi companies.

At least in the beginning, however, many companies may decide that working together — to set standards relating to noise and charging, for example — is the faster route to overall commercialization and adoption than working separately.

“We don’t really look at this as a competitive space,” Bowles said of Joby’s work on vertiport standards. “This is something we have to build, so we’re working with a lot of the other OEMs and future operators.” 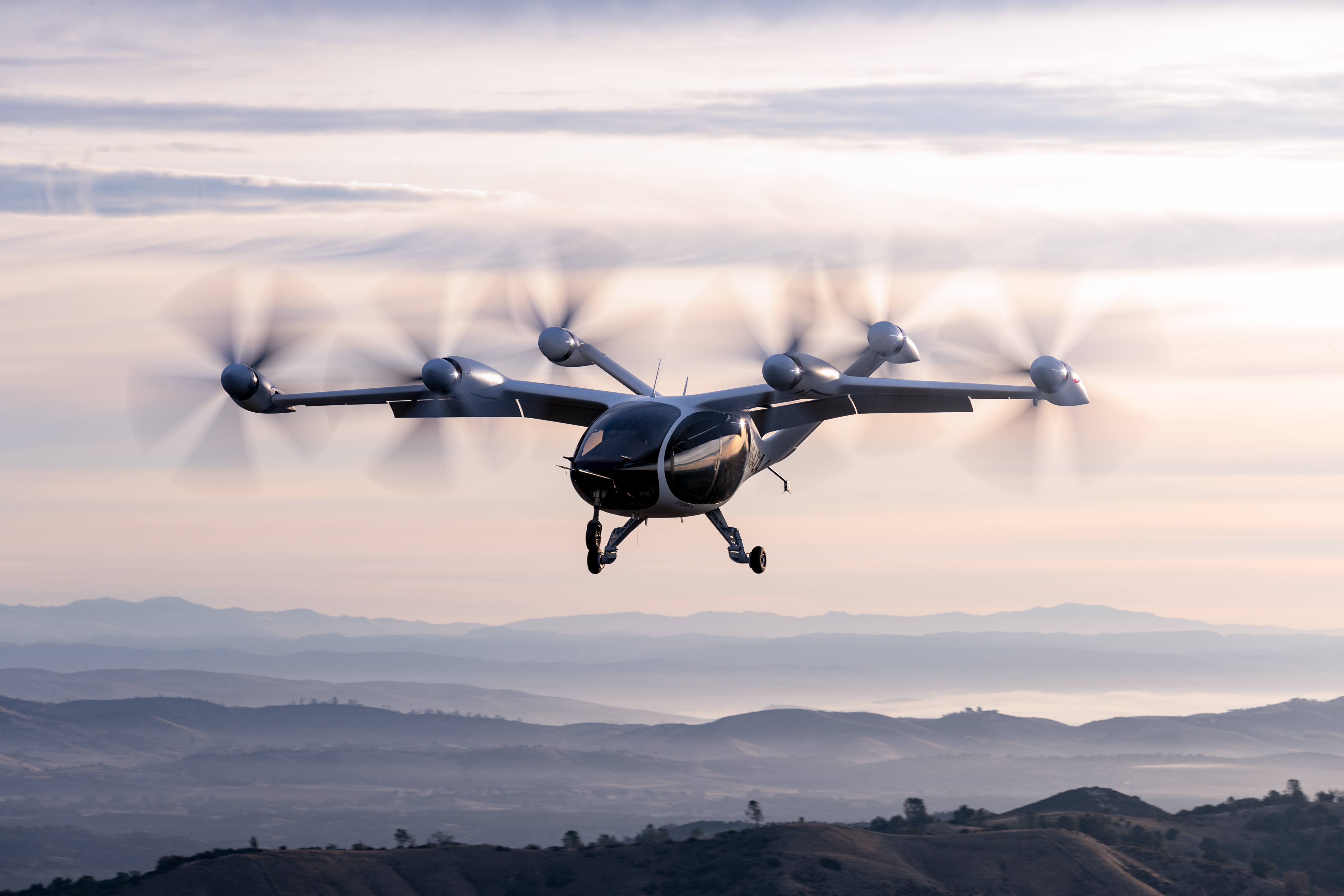 The final question, of course, is the perennial one: Who’s going to pay for it?

“When we think about vertiports in the future, it’s going to be really a combination of who provides the capital to build and operate that vertiport, and a conversation with the city as far as who can access those vertiports and what the pros and cons might be to a community, of having open-access vertiports versus not open access,” Archer’s head of business development, Andrew Cummins, told TechCrunch in a recent interview.

Echoing Cummins, UML’s urban air mobility fellow, Clint Harper, said that while the city of Los Angeles has been clear about its preference for an “OEM-ambiguous” infrastructure, much of the final network will depend on whether vertiports are completely private enterprises or built through public-private partnerships. “They’re different funding models to bring infrastructure into reality,” he said. “Depending on what that funding model looks like, I think will tell us whether it’s going to be a multioperator type of facility or a single operator facility.”

Volocopter’s chief commercial officer, Christian Bauer, told TechCrunch it was the company’s viewpoint that “we need an open system” for all OEMs. “We do not want to invest into real estate,” he added.

Working with the city and beyond

Many of these questions are big and will likely take years to reconcile. In part, that’s because cities are still awaiting guidance from federal regulators. Harper told TechCrunch that UML is staying flexible as recommendations from the FAA, National Fire Protection Association and the International Code Council’s building code continue to evolve.

For their part, air taxi OEMs are also working at the federal level to provide input into developing policies. Archer, Joby and Volocopter are all also working with federal regulators and city municipalities.

Looking to the rest of the year and into next, UML said it’s reaching out to transportation advocacy groups, like pedestrian safety or cyclist organizations, as well as social issue groups that focus on things like homelessness, to understand how to plan for urban air mobility. Equity is particularly important in transportation planning in order to avoid repeating past mistakes: The Union of Concerned Scientists, for example, found that California’s people of color and low-income residents are disproportionately exposed to tailpipe emissions.

Much of the work on the city side is simply ensuring that relevant city departments are up to date on the latest developments with vertiports. Some of that comes down to ensuring the building and safety and fire departments, among others, can assign full-time staff to prepare for vertiports and new infrastructure.

Ultimately, Morrissey said UML is trying to be methodical.

“I think the reality is that these vehicles are coming, and we really want to do everything we can to plan for it but stay out of the hype cycle.”

Correction: the original article mistakenly identified Joby Aviation as a partner with Urban Movement Labs. The company has never been a partner according to the organization. We regret the error.