A number of high-profile investors are chasing to invest in Slice, a fintech startup that is attempting to expand the market for credit cards in India.

Tiger Global is in advanced stages of talks to lead a round of over $100 million in the Bangalore-based startup, sources familiar with the matter told me.

A number of other firms, including Insight Partners, Ribbit Capital and Greenoaks, are also engaging with the startup, sources said, requesting anonymity as the matter is private.

Deliberations are ongoing and the terms can change, sources added.

Slice, which has raised around $30 million in its previous equity financing rounds and was valued at under $200 million in a round earlier this year, declined to comment. Slice counts Blume Ventures, Gunosy Capital and Better Capital among its investors.

Even as hundreds of millions of Indians today have a bank account, only about 30 million have a credit card. Most people in the South Asian market are not eligible to get a credit card, and even many of those who are don’t bother to get one because the experience of signing up is too clumsy, time consuming and the rewards don’t make up for it.

Slice has made it easier for far more people — even those without a traditional full-time job — to get a card, and the signup process is swift. In the past two years, Slice has emerged as one of India’s largest card-issuing firms.

It has also become aggressive to reach potential customers. Last month, the startup launched a card with 2,000 Indian rupees ($27) as the default limit to tap the nation’s potential addressable market of 200 million individuals.

In a separate announcement earlier this week, Slice said it issued 110,000 cards last month. The startup, founded by Flipkart alum Rajan Bajaj, says it has more than 3 million registered members, whose average age is 27.

It is also exploring applications atop of blockchain, according to Bajaj’s LinkedIn and the startup’s recruitment posts. Last week, the firm announced that it is offering new hires a three-day week with steady pay and benefits to attract talent that wishes to work on other opportunities — or do whatever else they like — at the same time.

Tiger Global has emerged as the most aggressive growth-stage investor in India in recent quarters. It has backed over two dozen startups in India this year, propelling many of them to the covet unicorn club. 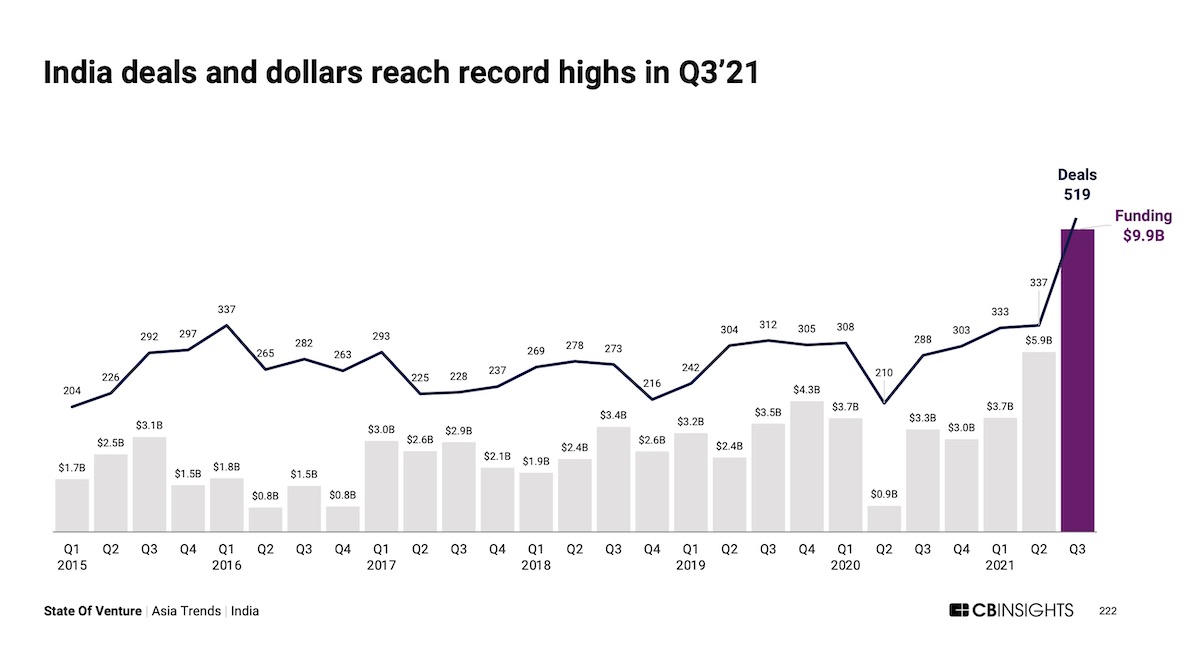 India’s startup ecosystem witnessed a record 519 deals in the quarter that ended in September this year, research firm CB Insights said in a report on Thursday. During the same quarter, the startups raised $9.9 billion, compared to $10.3 billion in all of last year, the report said. Sequoia Capital India was the most prolific investor in the world’s second largest internet market during the quarter with 33 deals.