Still can’t wrap your head around people wanting to watch others play video games on the internet? Here’s another one that might bend your brain a bit: people are watching other people study on the internet.

While it’s easy to miss if you’re a few years out of school, there’s a whole internet community built around studying and how to (hopefully) study better — one filled with Discords, subreddits and ridiculously chill music.

One part of all this is the “Study With Me” stream — which, as the name suggests, is a livestream of someone studying, meant to be kinda-sorta-watched while the viewer studies too. There might be a bit of music, maybe some rain sounds … but, for the most part, the host won’t be talking much or trying to entertain. That’d kind of defeat the purpose, after all. Don’t think anyone would tune in to that? There are dedicated YouTube channels with hundreds of thousands of subscribers, and pre-recorded, hours-long study streams with millions of views.

While the livestream studying concept has been around for a few years, much of its uptick in popularity came with the pandemic. How do you do study group when the library is closed and we’re not supposed to be sitting around each other in stuffy rooms?

StudyStream, a team out of Y Combinator’s Summer 2021 class, is bringing all of these ideas together and building it into a platform — a dedicated place online where students can study with others, share study tips and more. They offer 24/7 “focus rooms” on Zoom, where students are meant to turn on their camera, pop on some headphones and crack open their books with up to 1,000 other students — plus a Discord community for students who want to connect after the fact, or want to live study in smaller groups.

Launched late last year, the team is already seeing solid traction. Co-founder Sarujan Ranjan tells me they’ve seen upward of four million users come onto the platform, and their Discord community recently passed 400,000 users. Any time I’ve checked in the past few weeks, their study streams (of which six run in parallel) have collectively had thousands of users online. They also host onboarding streams bright and early each weekday, where they breakdown how the focus rooms work and introduce people to the etiquette … like why no one is talking.

Just as talking in a library would probably get you shushed, the 1,000-person streams aren’t meant for chatting — again, chatter would sort of defeat the purpose. Everyone’s microphone is blocked and the in-Zoom chat is disabled.

Of course, people find ways to express themselves. Some users change their Zoom display names to their social media handles; others hold up handwritten notes to say hello. One cute trick people seem to use is “waving” with Zoom’s built-in hand raise feature — it’s a way to say hello but also a way to get yourself bumped into the first few pages of on-screen streamers, if that’s something you want.

(And, of course, people will find ways to troll — give people a webcam, an audience and some degree of anonymity, and, well, it happens. As such, StudyStream has live moderators in each of the streams, with multiple ways to report anyone being nasty.)

Ranjan and his co-founders, Erfan Soliman and Tianyou Xu, didn’t initially set out to build a study streaming platform. In 2018, they founded the Knowledge Collective, an education platform where they’d host leadership training programs. In talking to more students, though, they found that most of them weren’t looking for another place to find stuff to watch or read.

“They didn’t have a problem with content. The thing that was really bothering them was … feeling unmotivated. Or unproductive, or isolated. [They’d say] ‘I can get the content, I just can’t get myself to actually read it.'”

So they started experimenting with study focus rooms, quickly finding an audience after a few popular study TikTokers and study influencers (they exist!) joined the platform and hyped it up. As more and more users stuck around and turned to StudyStream as a way to find community in a deeply isolating time, they knew it was time to make it their focus.

“We don’t want any student to have to study alone ever again,” says Ranjan, “regardless of where in the world they may be.”

All of StudyStream’s focus rooms are currently free to join, so how will they make money? That’s still in the works. Ranjan tells me they’ve experimented with premium rooms and have plenty of other concepts in the works — but for now, they’re focused on building out the platform and keeping users happy. One aspect of this is building out the experience outside of the focus rooms; they’re currently in a closed beta of their expanded web app, which will offer up things like shared task lists, an overview of how long/often you’ve studied, and more ways to connect with other students on the platform. 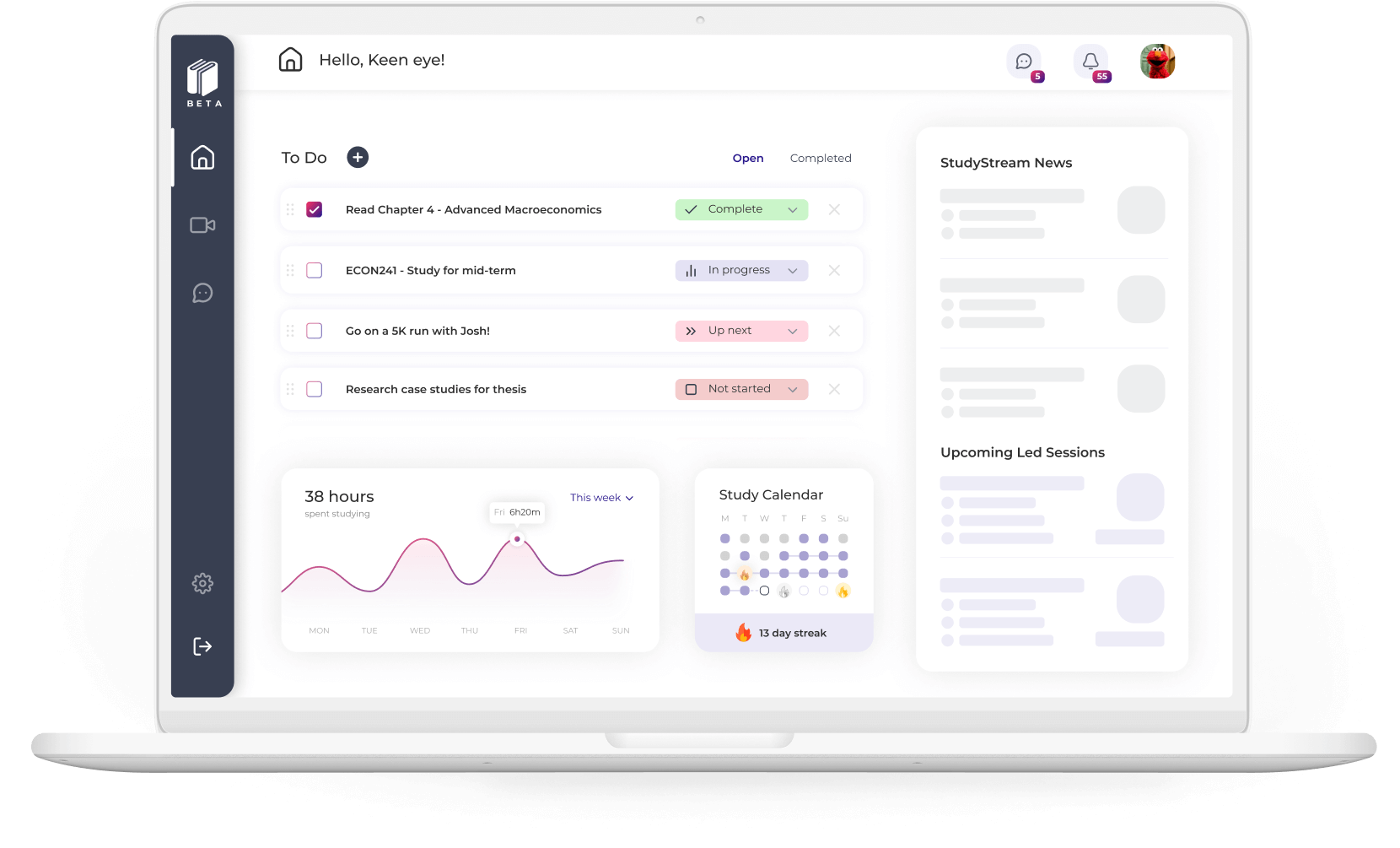 While StudyStream was part of YC’s most recent class, they didn’t take part in Demo Day — because, well, they’d already raised the money they needed for now. Ranjan tells me that the team closed a $2.1 million SAFE round prior to Demo Day, backed by YC, Brighteye Ventures, Emerge Education, Dunce Capital, Ali Abdaal (a well-known YouTuber that focuses on productivity and studying techniques), Manchester City footballer Ilkay Gündoğan and other unnamed angel investors.