For more than 20 years, D-Wave has been synonymous with quantum annealing. Its early bet on this technology allowed it to become the world’s first company to sell quantum computers, but that also somewhat limited the real-world problems its hardware could solve, given that quantum annealing works especially well for optimization problems like protein folding or route planning. But as the company announced at its Qubits conference today, a superconducting gate-model quantum computer — of the kind IBM and others currently offer — is now also on its roadmap.

D-Wave believes the combination of annealing, gate-model quantum computing and classic machines is what its businesses’ users will need to get the most value from this technology. “Like we did when we initially chose to pursue annealing, we’re looking ahead,” the company notes in today’s announcement. “We’re anticipating what our customers need to drive practical business value, and we know error-corrected gate-model quantum systems with practical application value will be required for another important part of the quantum application market: simulating quantum systems. This is an application that’s particularly useful in fields like materials science and pharmaceutical research.” 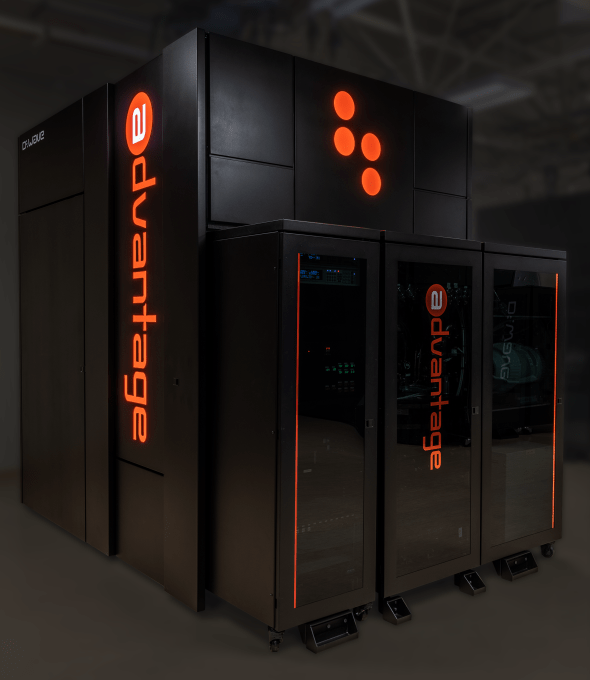 Early on, the company argues, annealing provided the fastest path to building quantum applications. Today, about 250 D-Wave customers have built applications for its hardware, which virtually all of its users access through its Leap cloud service. And since there’s clearly value in quantum annealing, too, D-Wave won’t do away with it. “Annealing remains core to our roadmap,” the company says, and it plans to continue to invest and develop its current systems. Indeed, D-Wave believes that annealing — and the optimization use cases it enables — will account for about a third of the quantum application market.

But the company is also clearly aware that this is a major change in its strategy and that it has a bit of explaining to do. For years, after all, D-Wave argued that its annealing technology might one day be able to be used for a general quantum computer, too. Now, however, the company notes that since the technology and theory behind it has matured — and D-Wave itself has learned a lot about the materials engineering challenges involved — it’s “exactly the right time from a technical and theory perspective to face the challenges of gate-model implementation head-on.”

D-Wave is also quite open about the fact that this isn’t going to be a straightforward journey. After all, this is still quantum computing we are talking about. Given this, it’s not surprising that the company’s roadmap for its gate-model processor doesn’t feature any dates, but instead phases that range from building a first qubit (phase 1) to building a general-purpose quantum processing unit (QPU).

While the gate-model news is obviously the headline event today, D-Wave also made a few other announcements. It’s launching a performance update to its latest 5,000+ qubit Advantage-class machines today, for example, that promises to allow its users to solve larger and more complex problems. It’s also launching its Constrained Quadratic Model (CQM) solver today, which complements the existing range of solvers in D-Wave’s Leap service.

As for its overall roadmap, D-Wave expects to launch its latest Advantage machine with over 7,000 qubits — which will have a new design, too — and 20-way connectivity in a new topology, somewhere around 2023 or 2024, for example. And starting next year, it plans to launch new hybrid solvers that can solve mixed integer problems to help its users tackle more drug trial and chemical process optimization, logistics, scheduling and similar problems.

The real end-goal here, though, is to be able to offer a deeply integrated stack that offers its customers access to a set of hardware and software options that will allow them to tackle virtually any problem in quantum computing.

“Our full-stack approach to quantum technology, everything from chip fabrication to system development, and from hybrid software solvers to robust open source developer tools, means that we’re the only company in the world that can both deliver on regular product innovations and bring a cross-platform stack to market quickly. That’s practical,” said D-Wave CEO Alan Baratz.