Pioneered by Snapchat and cloned by Instagram, the “Stories” feature has become a staple for modern-day mobile apps, from Google search to Pinterest to streaming apps and more. And while the addition doesn’t work for everyone — LinkedIn and Twitter recently shuttered their Stories features, for example — there’s enough demand for Stories out there on the market that a company called Storyteller has managed to create a revenue-generating business that provides “stories as a service.”

The idea for Storyteller spun out of the Edinburgh, Scotland-based specialist entertainment agency Storm Ideas, founded by Bob Thomson, which provides a range of services to media companies along with various social products. The agency was founded in 2009 after Thomson created an early way to customize online profile images called Twibbon, which took off rapidly. Over the past decade or so, Storm Ideas has matured into a 70-person company that now offers strategy, design, development and content for its clients across the sports and entertainment industries.

Along the way, Storm Ideas also came up with other concepts based on its clients’ needs — like HailTo, a platform for distributing social assets to talent, which helped the agency grow its customer base. Storyteller emerged from that same process. Thomson says companies — and particularly U.S.-based media companies — would identify the idea to add a Stories feature, but would struggle to actually implement it.

“They need to build the [user interface] for it, and then they need to rebuild it for Android, iOS and web. And they need to build a whole backend for it to interact with. And then — often the kind of thing that gets forgotten — is that you also need tools to manage all that,” Thomson explains. “We felt there was an opportunity to look at a product that did all that for you.”

With Storyteller, the goal is to do for Stories what companies like Braze did for push notifications. That is, instead of building their own product from scratch, businesses can choose to implement an SDK for adding Stories to their own apps.

The first client for Storyteller was Hallmark — a company Storm Ideas already had a relationship with — which runs the Hallmark Movie Checklist app where users can track the movies they’ve watched. The company wanted a way to deliver to its hundreds of thousands of monthly users updates about new releases, featured selections and other timely content. Storyteller launched with Hallmark Movie Checklist in 2019, then steadily began offering the same toolset to its other agency clients in the months that followed. 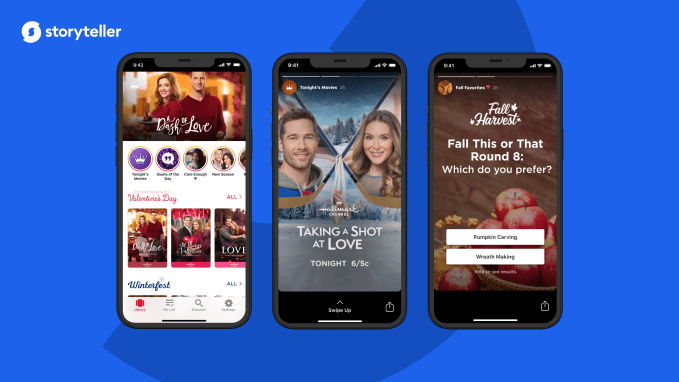 Now, Storyteller — which is spinning out to become its own, separate business — is serving millions of users across a number of apps in sports and entertainment, though the company doesn’t have permission to identify its enterprise clients by name.

“We’re into the double figures in terms of those big enterprise-type implementations,” says Thomson.

“That’s a great basis to go from. We’ve taken on some of the hardest challenges first. We’ve worked with these large companies doing integrations. Lots of stakeholders. Lots of internal politics, sometimes,” he says. “[We’ve done] a huge amount of work…But obviously, we want to also open this up to more and more medium-sized clients — those who maybe want to self-serve a little more or have more of a hands-off approach.”

Currently, the focus is on clients in sports and media, as those are the markets Storm Ideas already served — not companies looking to add a consumer-facing product with user-generated content.

Through Storyteller, the clients gain access to a backend where they can create Stories by uploading and previewing images, videos and polls. They can categorize the content, build out publication schedules, and publish the data into the SDK, then track analytics. In the works is a new studio component that will offer easy-to-use content creation tools for smaller companies that may not have an in-house team producing content professionally using tools like Photoshop or Adobe After Effects, for instance. 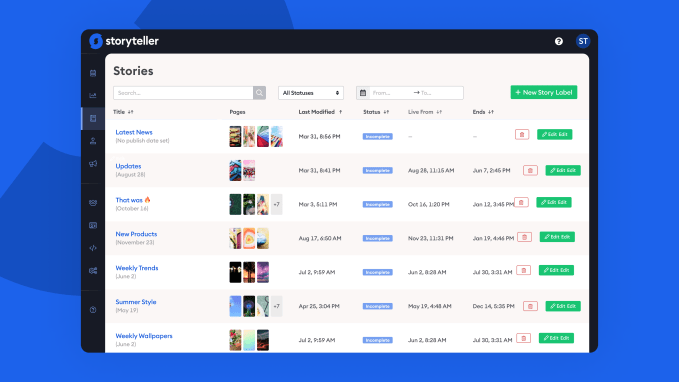 This feature, expected before year-end, will allow clients to select templates and customize them with their own content. This could also make Storyteller more compelling for non-enterprise clients.

Today, the company is catering to these smaller customers with a range of plans starting at free plans for apps with just 25,000 monthly active users up to $849-per-month plans for larger apps with up to a million monthly users. Beyond that, enterprise pricing will come into play.

So far, Storyteller has been bootstrapped using agency profits, Thomson’s own money and early client revenue.

Storyteller’s team includes a core group of around 30 people joining from Storm Ideas who had already been dedicated to the project. It will continue to hire separately. And as Storyteller is sold to clients, if the customer needs help with the content production side of things, they’re referred back to the agency which provides this service. 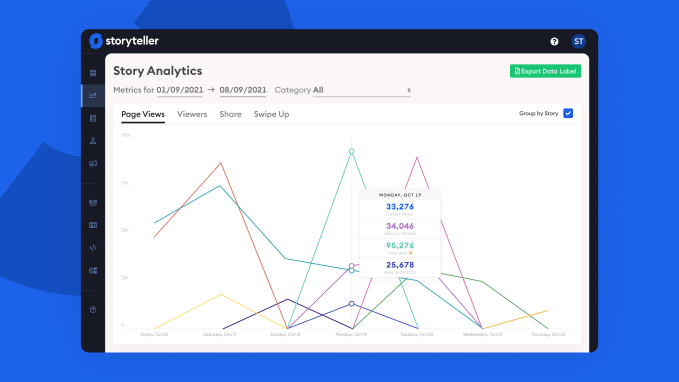 Storyteller isn’t actively raising funding, but has not decided against it, given its long-term focus actually extends beyond the “Stories” product itself to include other ways brands and businesses may want to tell their stories.

“The way I see it is that what we’ve done is we’ve built a platform that has these key components — SDKs across the major platforms — iOS, Android, and web; APIs for them to communicate with a backend that is good at hosting, processing, and manipulating text, images, and video; and a CMS — a tool that’s good at authoring and scheduling” says Thomson. 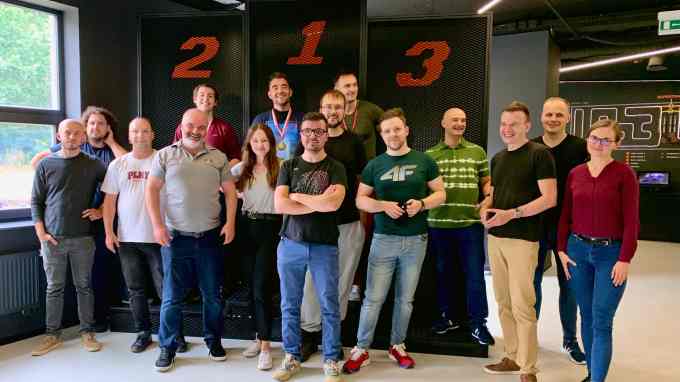 Now that Storyteller has figured out “all the hard stuff,” as Thomson puts. it, like security, privacy and analytics, it makes sense to add support for other formats, like vertical video.

A number of apps have begun adopting vertical video outside of those trying to simply clone TikTok. Netflix added vertical video in its app, for instance. And others in the sports and media entertainment space have large libraries of content and clips that would make sense for an in-app video feed, too. Support for vertical video is now on the product roadmap, Thomson says.

“Storyteller may be a new product, but the leadership team behind it is anything but,” says Thomson. “We have gathered together an exceptional team of experienced and driven people to make this product the best that it can be. With a strong background in providing products and services to the world’s largest in the sports and entertainment industry, the Storyteller team is perfectly placed to bring Stories as a service to the world’s biggest businesses — and the small ones as well,” he adds.