Company benefits make or break the ability to recruit top talent. On one side of that is 401(k), while on the other are consumer-directed benefits, any accounts offered by the employer to use for a designated purpose that typically has tax-advantaged benefits.

CEO Cosgray explained that these benefits are most commonly the out-of-pocket healthcare expenses an employee has, like health savings accounts, flexible spending accounts, commuting expenses, tuition reimbursement or even reimbursement of expenses for adoption or fertility treatments.

Statistics show that 95% of American companies offer these benefits, but are only used by 95 million American employees. Meanwhile, with half of Americans enrolled in high-deductible healthcare plans and 21% of working-age individuals underinsured, consumer-directed benefits programs are meant to help offset rising costs that employers and employees end up paying, Cosgray said.

“It is hard for employees to understand and make use of these benefits when there’s tons of legalese and tons of jargon,” he told TechCrunch. “They don’t know which card to use, mainly because there were multiple cards due to growth of the industry through consolidation. I went looking for a better alternative and couldn’t find one.” 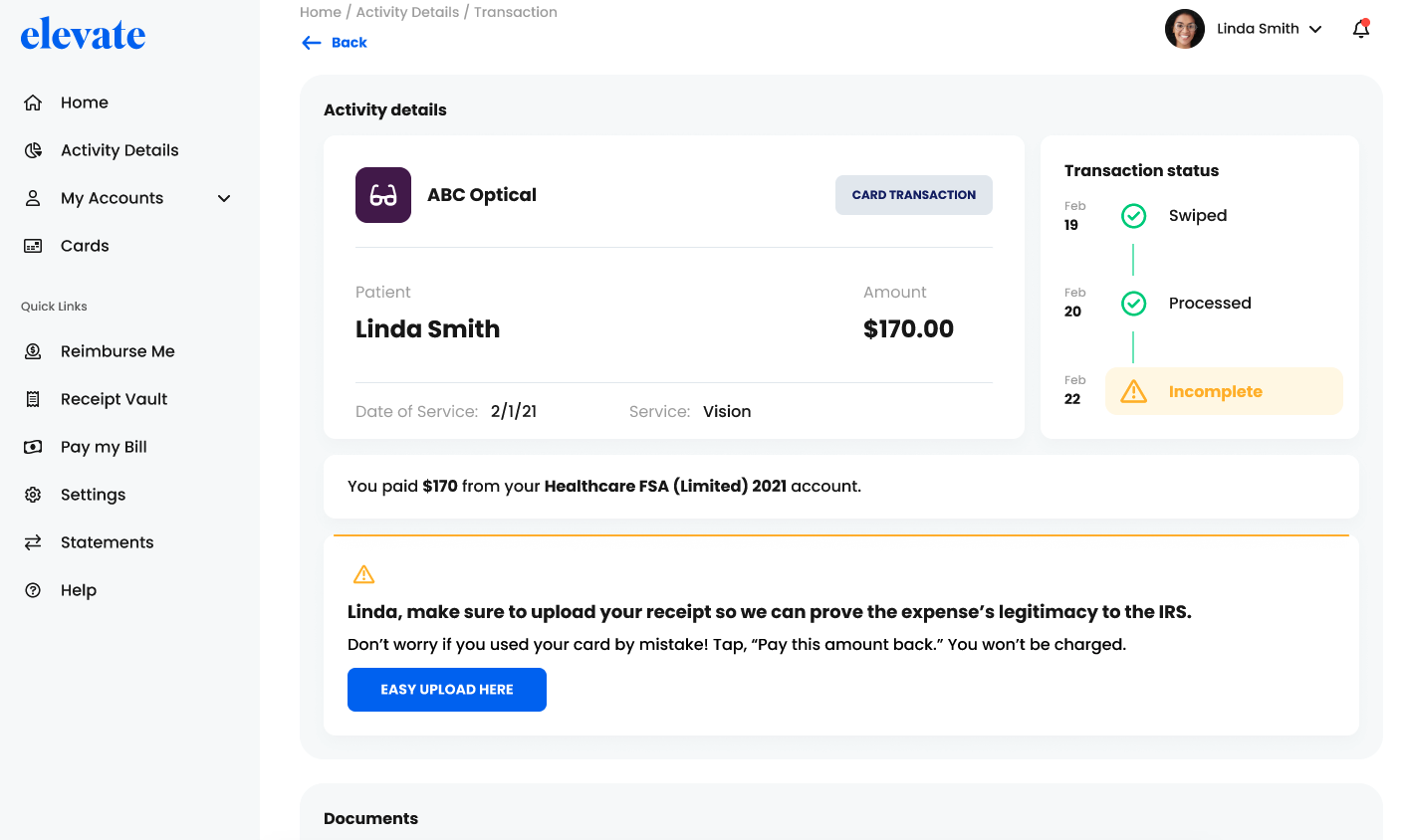 The Denver-based company emerged Monday from a year in stealth mode. Its platform enables employees to view, plan and manage their pre-tax benefits from one web and mobile dashboard. There is also one contactless card for all of the benefits, and claims are processed instantly with reimbursement taking place within minutes. On the employer side, they can customize their offering with standard templates for many of the common plans and then configure the plan for their particular market or plan.

To date, the company raised $15 million in total funding, $12 million of it a new capital infusion of Series A funding, co-led by Greycroft and Norwest Venture Partners, with participation from existing investor Bowery Capital. Elevate intends to put the new funds to work in sales, continued product innovation and hiring additional talent for its implementation and service teams.

Cosgray said it was too early to discuss growth metrics, but said the company spent a year building out the product and now has its first set of customers. It will be rolling out to a few distribution partners in the first quarter that will give Elevate access to approximately 900 employers.

Meanwhile, Ellie Wheeler, partner at Greycroft, invests heavily in the digital healthcare space and said that as with other areas that touch consumers, employees are expecting a platform that makes sense, is as easy to use as other products and gives them flexibility in the way they can use it.

Rather than provide $150 to a very specific gym, employers are moving toward a benefit like a lump sum that can be allocated as the employee pleases: some for transportation, some for childcare or some for healthcare, she said.

She believes Elevate is coming into the market with deep domain knowledge and expertise. The founders are also building a product “for the modern world” that isn’t making assumptions about needs and wants, but building in the flexibility for employers and employees to decide that.

“They know all the players and are not coming up the curve on the market, they know what it is,” Wheeler added. “They know how to win, and they’re off to a running start.”

The next healthcare revolution will have AI at its center