Wildfires have become an increasingly regular occurrence across the world, from Greece and Turkey to Australia and California.

There are various causes of these fires, from stray cigarettes and unextinguished campfires to lightning strikes and, as is especially prevalent in California, damaged power lines.

The Dixie Fire, which started on July 13 after a tree fell on Pacific Gas & Electric power lines, grew to become the single largest fire in California history.

With PG&E facing mounting debt due to various lawsuits between the wildfires of 2015 and 2017 and the 2018 Camp Fire that consumed the town of Paradise, the utility company filed for Chapter 11 bankruptcy in hopes of avoiding tens of billions of dollars in additional fire liabilities.

PG&E emerged from bankruptcy with commitments to a $25.5 billion settlement for all major wildfire victims and groups, along with changes to its board of directors.

Currently, PG&E’s vegetation management protocol consists of year-round tree clearances using traditional methods. After the land- or homeowner is notified of an upcoming inspection, inspectors will manually mark trees that require pruning or removal. It could take up to four to six weeks for marked trees to be taken care of accordingly.

As part of the bankruptcy’s plan of reorganization, the California Public Utilities Commission enacted measures to strengthen PG&E’s governance and operations. One of these measures includes the Enhanced Vegetation Management (EVM) program to reduce wildfire risks.

This means that while PG&E continues its vegetation management protocol, it will also account for potential risks from trees that are dead or dying, have overhanging limbs or are too tall. The company’s main goal is to complete 1,800 out of 2,400 miles of EVM by the end of 2021.

Comparing the origin of the Dixie Fire from sources like the San Francisco Chronicle, Google Maps and the map provided by PG&E, it is apparent that the Dixie Fire is only near CPZs with a risk of 11%-20%. The likelihood of PG&E carrying out its EVM program this year in the Dixie Fire region is very low.

California droughts have been more intense and lasting longer. There is not much leeway for wagering between what provides the most risk. In this case, access to information and the speed of these operations needs to match the scale.

At Spacept, we are interested in seeing whether our tools could spot the vegetation hazards that caused the Dixie Fire. Being able to spot encroachment could allow wildfire prevention in the future and increase utility reliability.

To determine this, we pulled satellite data taken on June 15 by the SPOT Satellite and focused on the area pinpointed by the San Francisco Chronicle as the likely starting point. The fire is reported to have begun near Feather River Canyon on Dixie Road. 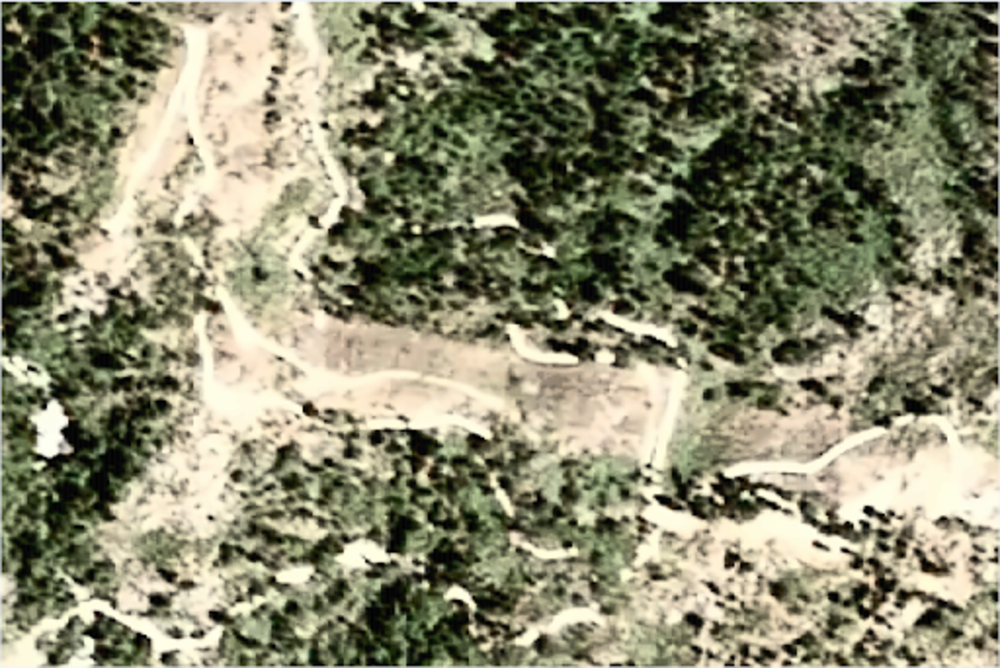 We then applied our Tree Detector to the satellite image to find any tree or vegetation encroachment on the path cleared by PG&E surrounding the power lines. 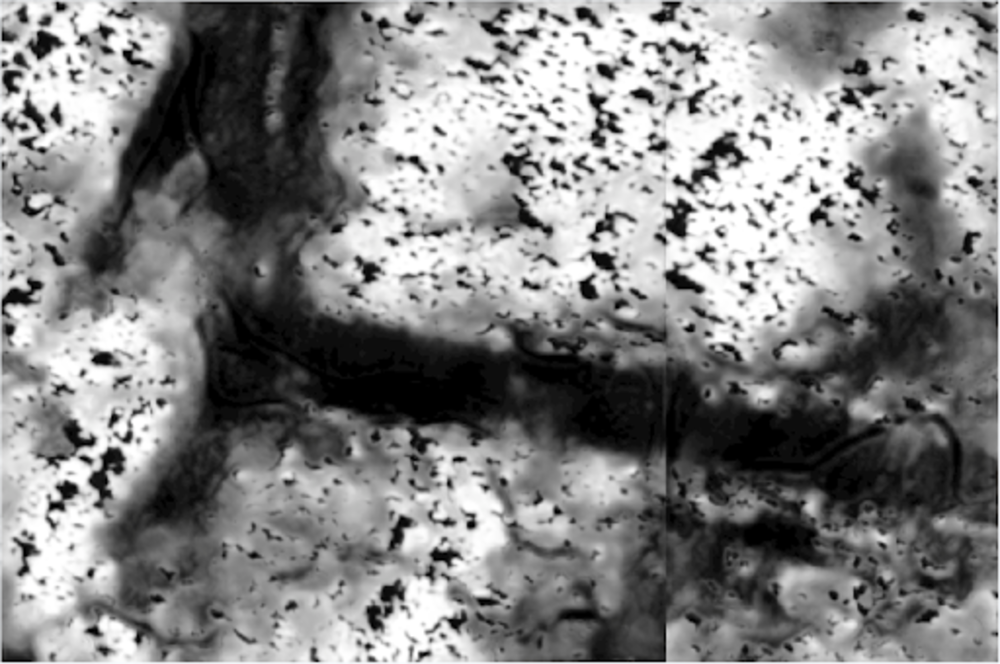 Our Tree Detector found certain levels of overgrowth on the path of the power lines. Zooming in to one part of it and placing a mask detecting the power line’s path and the vegetation, we generated an image of one such area of dangerous overgrowth. 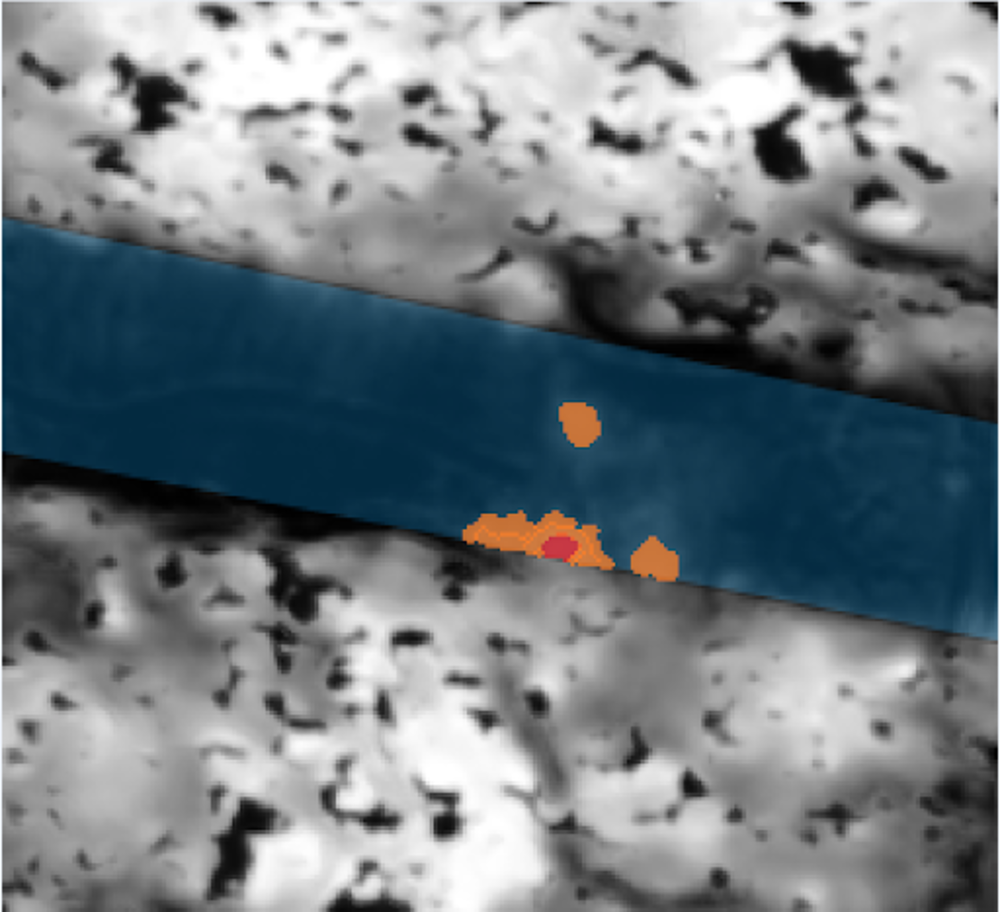 Given PG&E’s recommendation that tree lines of heights under 40 feet be no closer than 15 feet from power lines, we found several areas of high concern that breached such protocols in this area. In future situations, PG&E and other power companies could use satellite-based solutions like those at Spacept to identify such overgrowth beforehand and direct vegetation management resources to those areas.

In places like California where wildfires are especially frequent and devastating, any decrease in the number of wildfires in the area could prevent the destruction of crucial ecosystems and infrastructure — and save such companies billions of dollars in lawsuits.

The hurdles of scalability and the operations to initiate an inspection need improved management foresight. Satellite analysis is a feasible, proactive approach and presents accelerated results for vegetation management.