TikTok is ready for advertisers, e-commerce, it says 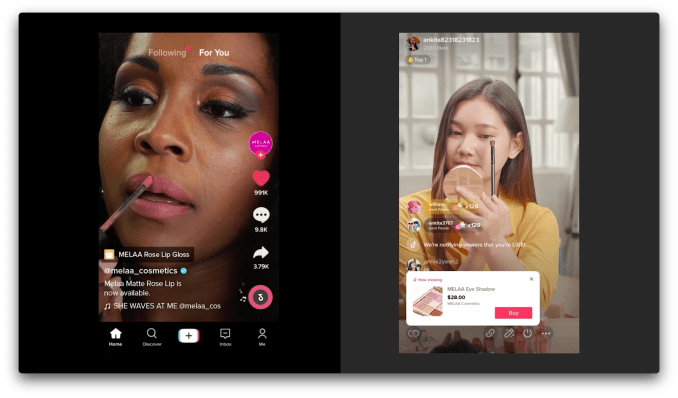 At TikTok’s online event, TikTok World, the company announced a range of new initiatives, product updates and advertising formats in an effort to woo more marketers to its platform. On the e-commerce front, TikTok expanded its set of shopping partners beyond pilot partner Shopify. Earlier this year, the video platform began piloting TikTok Shopping in the U.S., U.K. and Canada, in a deal that allowed Shopify merchants with a TikTok For Business account to add a Shopping tab to their TikTok profiles and sync their product catalogs to the app to create mini-storefronts. Now, TikTok is rolling out to new brand partners for TikTok Shopping, including Square, Ecwid and PrestaShop, with Wix, SHOPLINE, OpenCart and BASE coming soon. It also introduced a fuller slate of solutions for TikTok commerce, including ad products and later this year, a TikTok Shopping API. The app now offers a trio of in-feed ad products for online shopping: Collection Ads which feature swipeable and tappable product cards; Dynamic Showcase Ads (DSAs), which are automatically generated ads; and Lead Generation ads.

The company also presented its new plan to ramp up advertiser investment with a new promise of “brand safety” and the launch of several new and interactive ad formats, ranging from clickable stickers to “Choose Your Own Adventure”-type ads to “super likes” and more. The ads are meant to encourage TikTok users to tap, swipe and use gestures to interact with the ads’ content. There’s even an ad where users get to direct the storytelling, and a mini page that lets brands connect users with their message directly in the TikTok app. 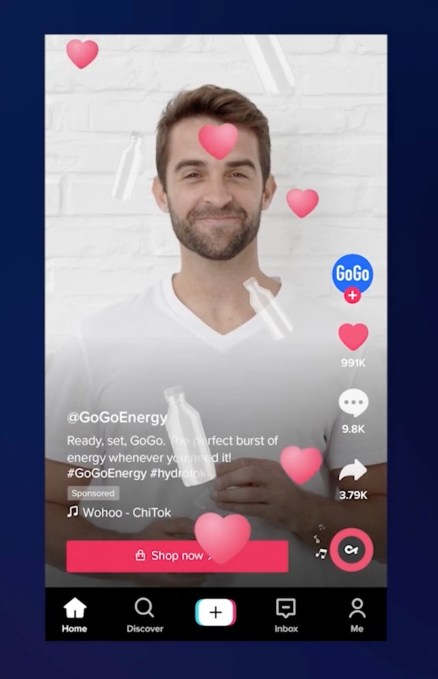 To date, marketers haven’t carved out as much of their spending for TikTok compared with other major platforms, like Facebook and Instagram. But TikTok parent company ByteDance has been making inroads in the global ad market, with annual revenue across its apps more than doubling in 2020 to reach $34.3 billion. In the U.S., TikTok was expected to bring in $500 million in 2020, up from $200-$300 million in the year prior, according to a report by The Information. (Some of that is from in-app purchases, of course.)

As TikTok has scaled its ad business, its ad prices have been steadily increasing, too. Bloomberg noted this summer it was jacking up home page takeover ads, its most valuable real estate, to more than $2 million on top days — like holidays. Reuters also noted that TikTok saw a 500% increase in the number of advertisers that were running campaigns in the U.S. from the start of 2020 to the end, though ad sales were still small compared with other major platforms. That continues to be the case in 2021. In fact, TikTok was not even broken out in eMarketer’s recent tabulation of U.S. ad revenues, where it’s instead lumped into an “Other” category with other, smaller social networks (like Tumblr), which, combined, are expected to reach $1.3 billion in 2021. 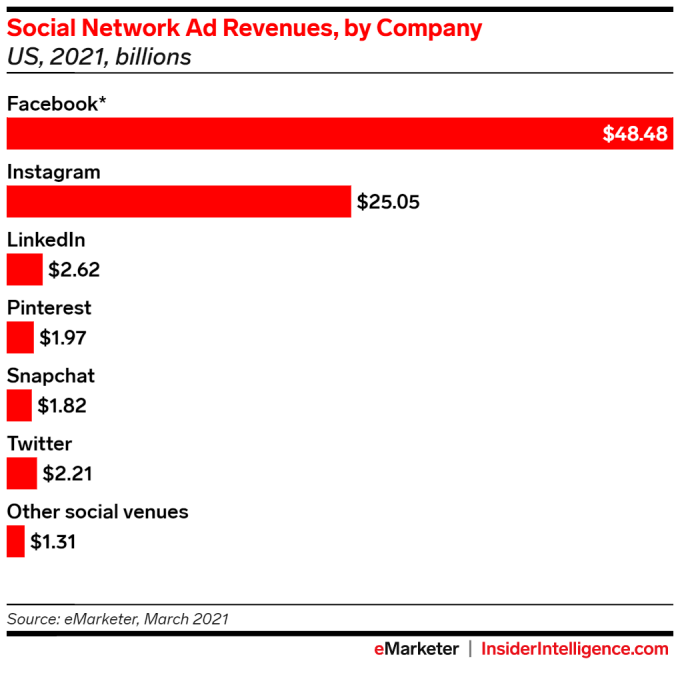 Apple has put itself on equal footing with its rivals by allowing users to rate and review its first-party apps that are available for download in its App Store. That means users can now leave reviews for built-in apps like Mail, Music, News, Stocks and Calculator and others. Some apps are holding up better than others. News is sitting at 2.5 stars as users complain about ads, even in the paid version, personalization elements, nags to buy Apple News+ and more. Podcasts has just 2 stars, Apple Music has 3.5 stars. Fitness is doing well with 5 stars, and Wallet app has a solid 4.

The change likely came about due to increased regulatory scrutiny over the App Store, which critics argue gives Apple an unfair advantage over its competition. That could have included not displaying user sentiment and feedback about Apple’s own apps.

Remember when Apple last year argued that its commission rate wasn’t so high because the wider market for apps and games had already determined that 70/30 was a standard split? At the time, it pointed to other major app stores’ policies, including the Amazon Appstore, Galaxy Store and Microsoft Store as points of comparison with its own App Store. (See below)

Well, Apple would probably appreciate it if everyone would look away from those app stores now. And particularly don’t look too closely at what the updated Microsoft Store is doing!

This June, the Microsoft Store updated its revenue share terms and policies to offer more favorable terms. App developers using Microsoft’s payments platform will now see an 85/15 revenue share, while game developers will see an 88/12 split as of August 1. More importantly, (non-game) app developers are allowed to use third-party payment processors in their own apps and retain 100% of the revenue.

This week, the Microsoft Store announced it will allow third-party app store apps as well. The company says it will make third-party storefront apps discoverable in the Microsoft Store on Windows, including Amazon and Epic Games, over the next few months. There is no requirement for these stores to also list their apps and games inside the Microsoft Store, if they choose to go this route. And they can use their own payment processors and keep the revenues.

While being presented as a major win for an open ecosystem, the reality from a consumer’s perspective is that this doesn’t change much. You could always download third-party apps and third-party app stores, like the Epic Games Store, on Windows devices. 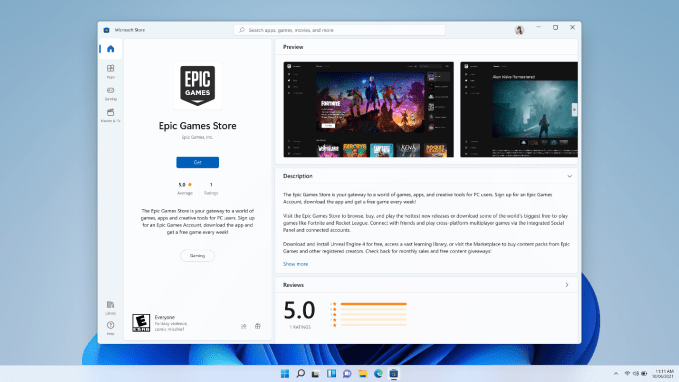 But in the broader regulatory environment, it’s a deft move. It immediately reduces the potential regularity scrutiny that could have landed on Microsoft — after all, the company is still tapping into the revenue streams for the apps and games it hosts, in some cases. And it would like that to continue! However, now Microsoft will be able to say developers on its platform have choices — they can distribute their apps with their own payment mechanisms and they can package their games into storefronts to avoid commissions, too.

This, in turn, will point the finger back at Apple and Google as being the platforms that are being slow to catch up with where the market is headed. And it could potentially keep Microsoft’s name out of any forthcoming legal battles or new app store legislation. In the meantime, Microsoft’s expanded and redesigned store — which will include storefront apps, PWAs and alternative browsers, too — has a better shot at becoming a place where users actually want to shop.

The question of third-party storefronts has been a longtime point of contention between Epic Games and Apple — the gaming company wants to offer its own distribution system from within the App Store to reach iOS users and retain the revenue it generates. But this issue extends further back than Apple’s latest fight with Epic. Apple has banned third-party app store apps for years, as they had been used in the past as a way to artificially inflate app store rankings. The storefront apps claimed that all they offered was another way to discover new apps, of course. But even that was a threat. Apple has always wanted to own discovery — and the ad dollars that accompany paid discovery, too.

While anyone who understands app ecosystems knows that a PC platform like Windows is not at all a direct comparison to a closed ecosystem like iOS and the App Store, it was Apple itself that had listed Microsoft, among others, as points of comparison. Apple said “everyone else was doing x,” so it should too, when it came to commissions. Now the company will have to hope that regulators can pick up on the nuances between a Windows app store and its own.

Sen. Blumenthal asks Facebook "Will you commit to ending Finsta?"

Facebook's safety chief has to explain that Finsta is slang for a fake account. pic.twitter.com/jMYy5AIZjY 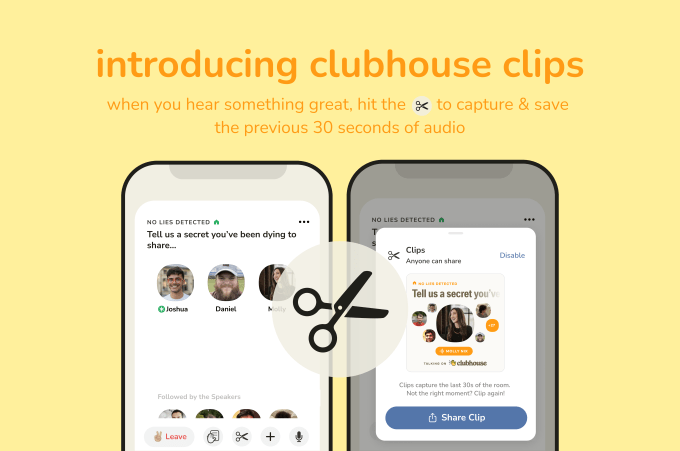 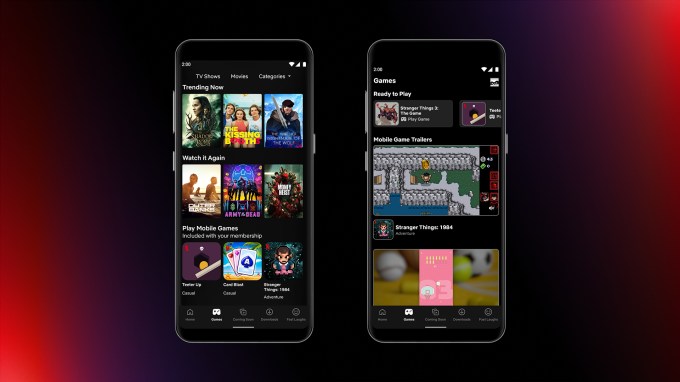 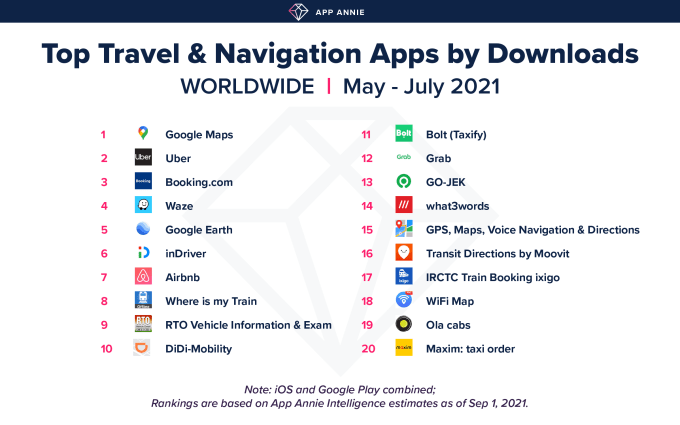 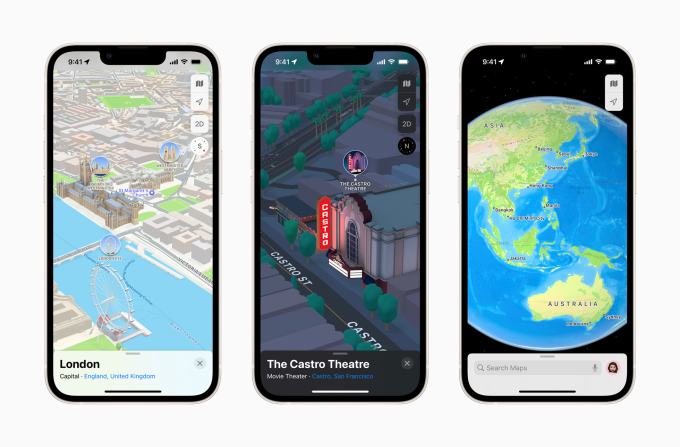 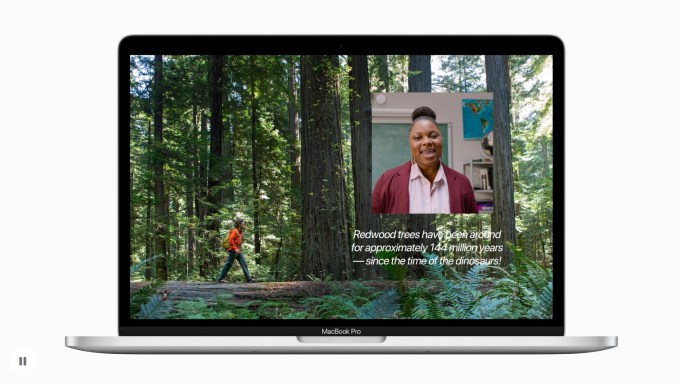 🤝  Netflix acquired its first gaming studio with the purchase of Night School Studio, the independent game developer known for narrative-driven titles like Oxenfree, which produces games for both mobile and consoles. The acquisition came less than a day after Netflix launched three new casual mobile games in Poland, Italy and Spain, and a month after it released two games that were tie-ins to the “Stranger Things” series.

🤝  French mobile gaming company Voodoo acquired Beach Bum, a game studio based in Israel that specializes in tabletop and card games. Deal terms were not disclosed but sources say the price could be a few hundred million. Beach Bum has generated $70 million in revenue over the past 12 months.

💰 PSPDFKIT, which offers software that allows developers to enable document collaboration, signing, markup and more, in their own apps for web and mobile, raised €100 million ($116 million) from Insight Partners to continue to grow its business. The company’s tech is now approaching 1 billion users in 150 countries.

💰 Stockholm-based insurance tech startup Hedvig, which offers property, travel and accident insurance for younger adults, raised $45 million in Series B funding led by Anthemis. The company has around 70,000 customers for its app, available on iOS and Android.

💰 Fintech app Betterment raised an additional $160 million, including a $100 million credit facility and a $60 million Series F equity round led by venture capital firm Treasury. The company, which now has around 700,000 clients and $32 billion under management, is valued at nearly $1.3 billion. 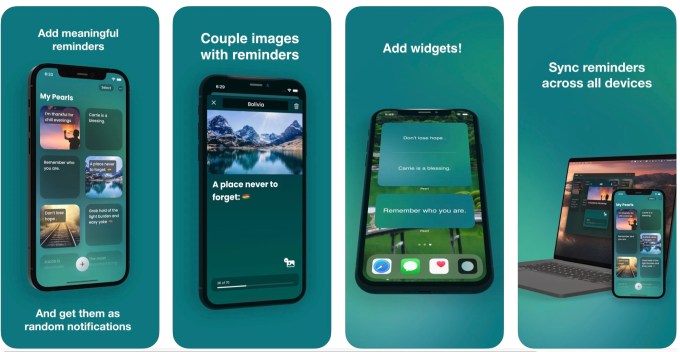 I love that the App Store still supports (at least, for now) small, single-purpose indie apps like Pearl. The app is great if you’re the kind of person who gets energized by motivational quotes or just needs to be reminded to chill, be calm, breathe, work toward your goals or anything else. With Pearl, you can turn Apple’s push notification system from a thing of annoyance into a thing that brings hope and purpose. The app lets you add images to motivational quotes or any other message of your choosing to create custom push notifications that will appear randomly throughout your day. Mac, iPhone and iPad are supported. Free download with a $1.99 one-time in-app purchase for multiple notifications. 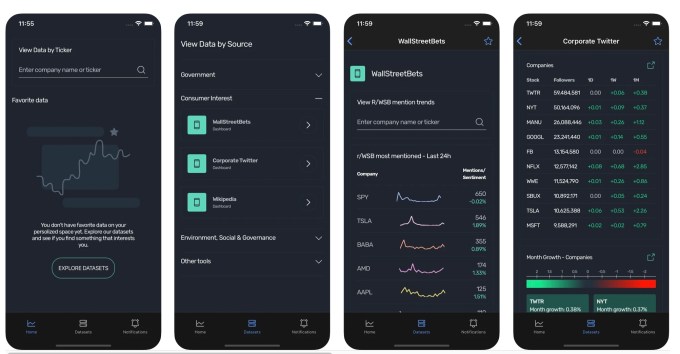 Have you ever wondered which politicians own a stock you’re looking into? Or do you wish you could see what the WSB folks were into without having to constantly check in with that community? Maybe you like to read Reddit for crypto ideas? In other words, if “alternative data” is your thing, Quiver Quantitivative is a destination that makes it easier to access, by pulling from public records and message boards and putting it all in one place. While we can’t recommend making investment decisions off alternative data, as a research tool, the Quiver Quantitative app is an interesting find. The app was updated this week with a new dashboard tracking stock trading by U.S. Representatives, a new dashboard tracking off-exchange trading and a new dashboard tracking Reddit cryptocurrency discussions.