Vareto, a startup aiming to help companies conduct more forward-looking financial planning and analysis, is coming out of stealth today with $24 million in total funding.

GV (formerly Google Ventures) led its $20 million Series A this year, and Menlo Ventures led its $4.2 million seed financing in the summer of 2020. Menlo also put money in the company’s latest round, in addition to 40 angel investors, including tech unicorn founders and chief financial officers. The angels who either backed the company in its seed or Series A round are a high-profile bunch, and include Asana COO Anne Raimondi, Salesforce President and ex-CFO Mark Hawkins, Splunk CFO Jason Child, Facebook CFO Dave Wehner, Affirm CFO Michael Linford, Egnyte CEO and co-founder Vineet Jain, Microsoft CVP Manik Gupta and Hippo Insurance’s VP of Finance Roy Hefer. Talk about validation.

One of the things that stands out about Vareto — besides its impressive list of early investors of course — is its founding team. Before stints as an investor, CEO Kat Orekhova was head of product at Ironclad and held a variety of roles at Facebook, including head of forecasting and analytics. While at the social media giant, Orekhova says she built Facebook’s “first-ever” data science team within FP&A. President Lalit Singh is the former COO of Udacity and essentially led that company to being cash flow positive after being on the verge of shutting down. Prior to joining Udacity, he spent several years at Hewlett-Packard Enterprises where he did things such as lead that company’s digital transformation of HPE’s $3 billion software business and serve as COO of its $2 billion Cloud business and VP of operational performance.

The pair teamed up in 2020 to come up with a platform that would give FP&A teams the ability to “seamlessly” work across planning and reporting cycles. In other words, it wants to help such teams be more proactive and look toward the future instead of reactive and “looking in the rearview mirror.” Their goal was to create a strategic finance platform for the enterprise that had the look and feel of a consumer offering.

For Orekhova, Vareto’s aim is perhaps even more simple — to help companies run better. And the startup aims to do that with an integrated planning and reporting tool that aims to streamline the entire FP&A process.

“Questions such as ‘How are we doing as a business and how could we be doing even better? are hard to answer today,” Orekhova said.

The teams tasked with answering these questions (FP&A) are typically the ones trying to set business targets. And those teams are the main focus of Vareto.

“For example, we spoke to a hardware company whose team takes four weeks to put together the business summary for the prior month,” Orekhova explained. “So this means they’re always a month behind in the visibility into their business performance.”

It’s particularly difficult, she added, to understand how a business is doing when there are so many parties involved. For example, she said – with a very large enterprise business with many acquired companies across different business lines and different geographies, “you have to pull data from many different systems, you have to talk to many stakeholders” to understand what’s going on.

“And so assembling this view of your business is actually really hard today, and planning is even worse,” Orekhova added.

The process of planning on average takes five months for a large company, she points out.

“So as you can imagine, by the time this process ends, the plan is very much out of date,” she told TechCrunch. “And that’s really why we started Vareto — because we saw this incredible lag between understanding how your business is doing, and actually being able to make an operational change to make things better.” 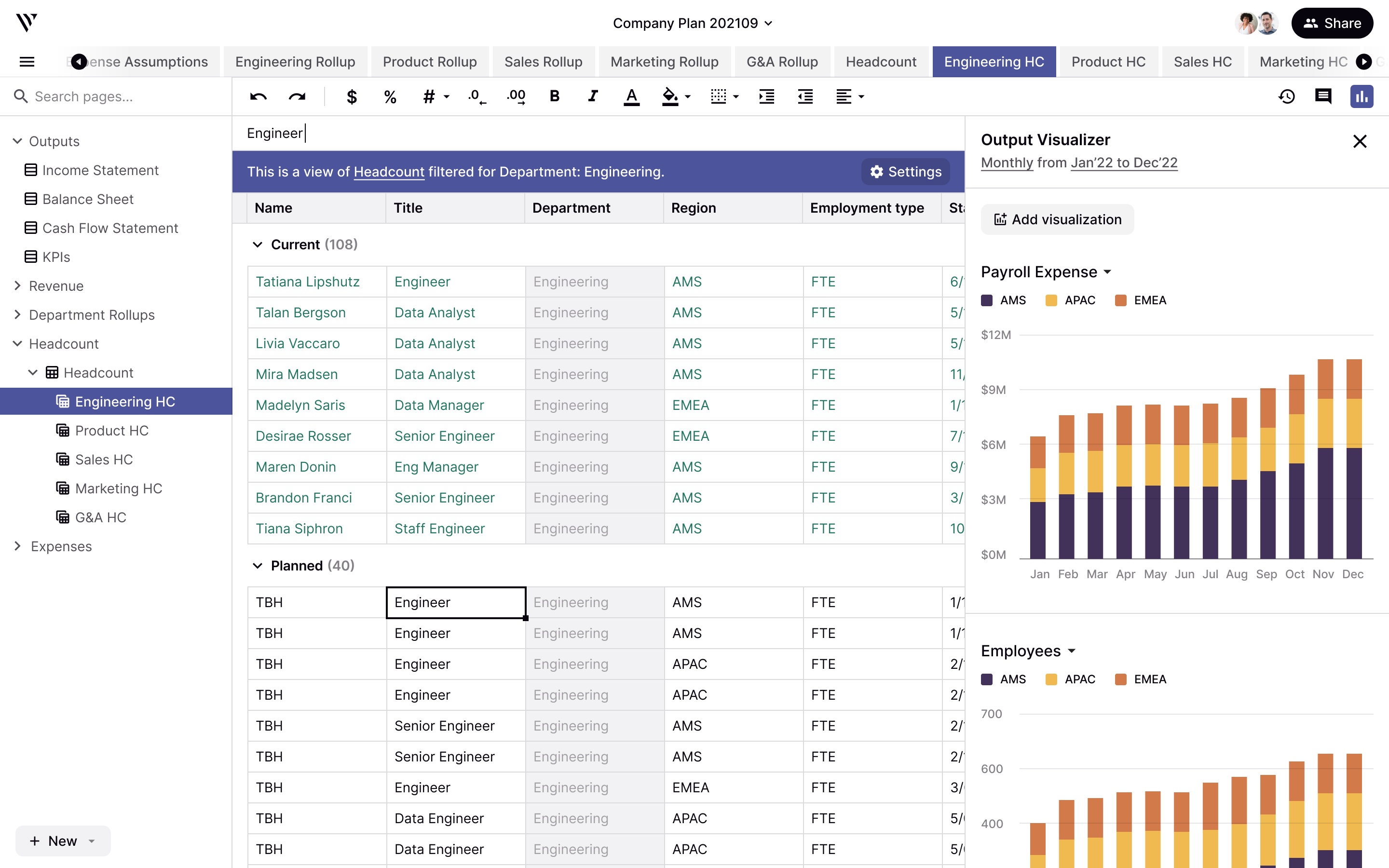 The B2B SaaS startup thus aims to become a command center for the finance and executive teams to see how a business is doing in real time and to be able to make necessary operational changes faster.

“If you see a gap in an opportunity, you can immediately put resources toward that in days, not months,” she said.

“I would be confused, which answers should I believe?” he said.

So Singh ended up assembling a 10-person “shadow finance and ops team” to get “the right information at the right time.”

Later when he joined Udacity, he struggled with getting a forecast for a given year.

“You have multiple systems and multiple businesses and getting information from them, and putting the right layer of information, just takes tons of time,” he said. “At both companies, I didn’t have the luxury of having a solution like we are building.”

Sadly, the startup declined to reveal any hard revenue figures, saying only that its customers span different industries such as sales enablement, security and property tech and include Mindtickle and Landing, among others.

Vareto’s investors are naturally bullish on what the startup is doing.

She saw an authenticity in the founding team that appealed to her. In addition, she said, she loved how Vareto “marries financial metrics with operating metrics”

“Often, these are composite metrics and the underlying levers are worth understanding,” Pilosof Ionita told TechCrunch. “Forecasting can’t be an ivory tower process. It’s a collaborative exercise with executives across the business who own the various inputs.”

The VC says she experienced that firsthand when running product growth and monetization at Invoice2go.

“Regarding established incumbents in this space, we hear from their users that a lot of analyses and forecasts still default to Excel files being emailed back and forth,” she added. “FP&A teams need a more modern platform that’s collaboration first and handles data interoperability well.”

Tyson Clark, general partner at GV, said he was not only impressed with the founding team and their combined experience, but also the ease of use of the platform.

“It’s clean and easy to learn and use,” he told TechCrunch. In fact, he was so taken with the platform, he backed the company at the Series A stage — a departure from his usual investing at B and C stages.

Helping companies make business better decisions continues to attract investor dollars at an increasingly rapid pace. Earlier this week, we reported on Sisu Data raising $62 million for its real-time Decision Intelligence Engine, which aims to give analysts and business leaders a way to analyze their cloud data to not only understand what’s happening in their business, but why it’s happening and what actions to take in response.