Alloy, which has built an identity operating system for banks and fintechs, announced Thursday that it has raised $100 million at a $1.35 billion valuation.

Lightspeed Venture Partners led the Series C round, which comes just over one year after New York-based Alloy raised $40 million in a Series B financing. Existing backers Canapi Ventures, Bessemer Venture Partners, Avid Ventures and Felicis Ventures all put money in the latest round, bringing Alloy’s total raised to over $150 million since its 2015 inception.

Over the last year, Alloy has evolved that platform to not only automate onboarding identity decisions but to also automate transaction monitoring and soon, credit underwriting. Also over the past 12 months, the company has seen its annual recurring revenue (ARR) triple and number of customers double, according to Alloy CFO Kiran Hebbar. Today, the company has more than 200 clients, including Ally Bank, HMBradley, Brex, Marqeta, Gemini, Ramp and Evolve Bank & Trust — up from 90 at this time last year.

Alloy connects its users to data from 120 identity providers, and then uses that data to help financial institutions avoid fraud during initial customer onboarding and when conducting ongoing transactions. Questions it aims to answer for banks and fintechs include: “Is this a real person? Will they defraud us?”

And it does it by giving them a way to create instant decisioning systems that are customized to their needs from a regulatory compliance and risk perspective.

“It’s really hard for fintech companies and banks to deploy products that are both safe for them, meaning they won’t take on a bunch of fraud or compliance losses, but also seamless for their users,” said CEO and co-founder Tommy Nicholas.

What has historically ended up happening is that financial institutions’ efforts to mitigate risk have resulted in less than ideal user experiences.

“Our entire mission is to make that go away and have risk be something you can just install and put into the background to solve all the problems of users who can take money from you,” Nicholas told TechCrunch. “And we’ve gotten really good at helping them automate and optimize those processes. We’re basically asking people to take the most important processes that they run and put those into one central system.”

As more companies become fintechs, or rather embed things like payments into their platforms (e-commerce companies are a prime example), Alloy has seen an increase in the number of companies that could take advantage of what it does, according to Nicholas.

Also, as mentioned above, the company has now expanded into transactional monitoring, with plans to launch a product focused on credit underwriting later this year. 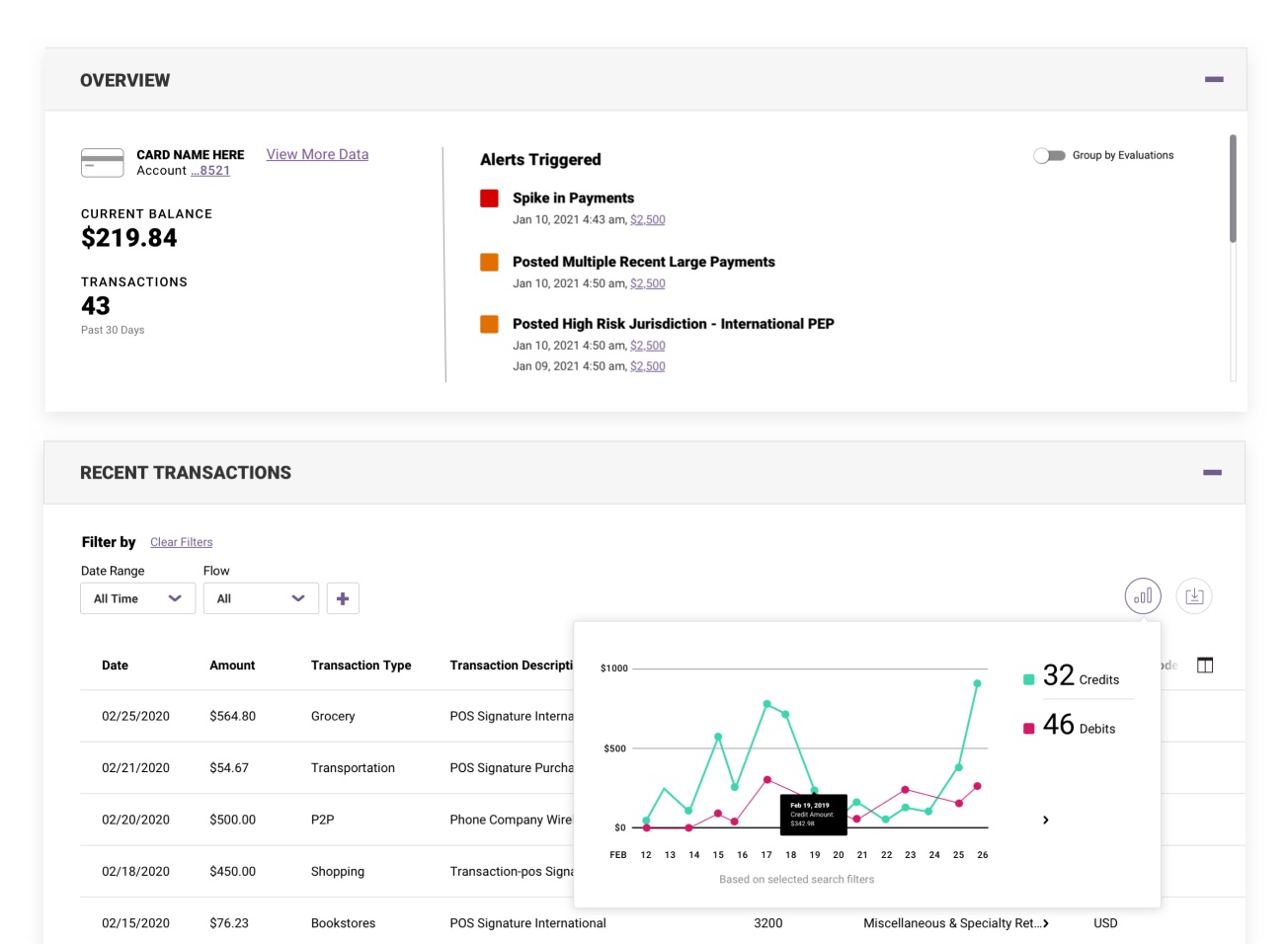 The startup plans to use its new capital mainly toward building out “continuously evolving” customer identity profiles that can be used to prevent fraud and minimize risk. Down the line, Alloy plans to incorporate “richer data and risk signals” with the mission of giving banks and fintechs a 360-degree view of their customers. It also, simply, wants to improve the developer experience.

“We want to make building a fintech product as easy as building an e-commerce product,” Nicholas said. “Identity and its associated risk isn’t something businesses should be figuring out, it should just be something they install. As Alloy grows…we can not only help make risk easier to understand, but also further industry innovation by making fintech products easier to build.”

Justin Overdorff, partner at Lightspeed Venture Partners, first invested in Alloy as an angel in its Series A round of funding in 2019.

“When that round happened, I acutely had firsthand knowledge and experience of this problem at Stripe, going through the process of cobbling together sources of data for many years,” he recalls.

The process, he said, was “very, very challenging.”

“You want to say yes to as many of the best customers as possible,” Overdorff said, “but you don’t want false positives or to turn away good customers, because every good customer you turn away, that’s revenue that’s lost.”

That experience made him “intrigued” by what Alloy was building.

“For me the exciting thing is that revenue is growing rapidly, the company is growing rapidly,” he told TechCrunch. “I think the big picture here is that the opportunity is just quite large. There’s a proliferation of the number of financial service companies, both big and small, and even to some extent some software companies, that are embedding financial services in their products….And every single one of those companies is going to need to onboard customers and go through that KYC (Know Your Customer), AML (Anti-money laundering) onboarding process initially.”