Airlines have a relatively straightforward goal — getting people in seats — but they’ve traditionally relied on inefficient and outdated statistical modeling methods to predict what prices and other conditions will sell tickets.

Enter FLYR Labs. The company has developed a deep learning platform to forecast airline demand and set airfare prices, and it’s now secured $150 million in Series C funding to grow both its core business and expand into other verticals.

The company, which was founded in 2013 by Alex Mans, Cyril Guiraud and Jean Tripier, originally started as a consumer-focused platform. It offered a product called FareKeep that let travelers lock in the price of a ticket for a week, for a fee (TechCrunch wrote about it back in 2017). Then, in 2019, the company made a hard pivot away from consumer into B2B, in part because of interest from airlines.

“We realized that these traditional forecasting and pricing systems that airlines used to use […] they only used inventory levels and booking arrivals as an indicator of demand, and they only used relatively simplistic forms of regression forecasting to draw the line from recent history into the future,” Mans told TechCrunch in a recent interview. The problem with that method, according to FLYR, is that the entire forecast is thrown off when a new variable is introduced, like a new competitor entering the market, for example.

“We were very surprised how little data directly feeds that decision-making, how simplistic their models were,” he added. 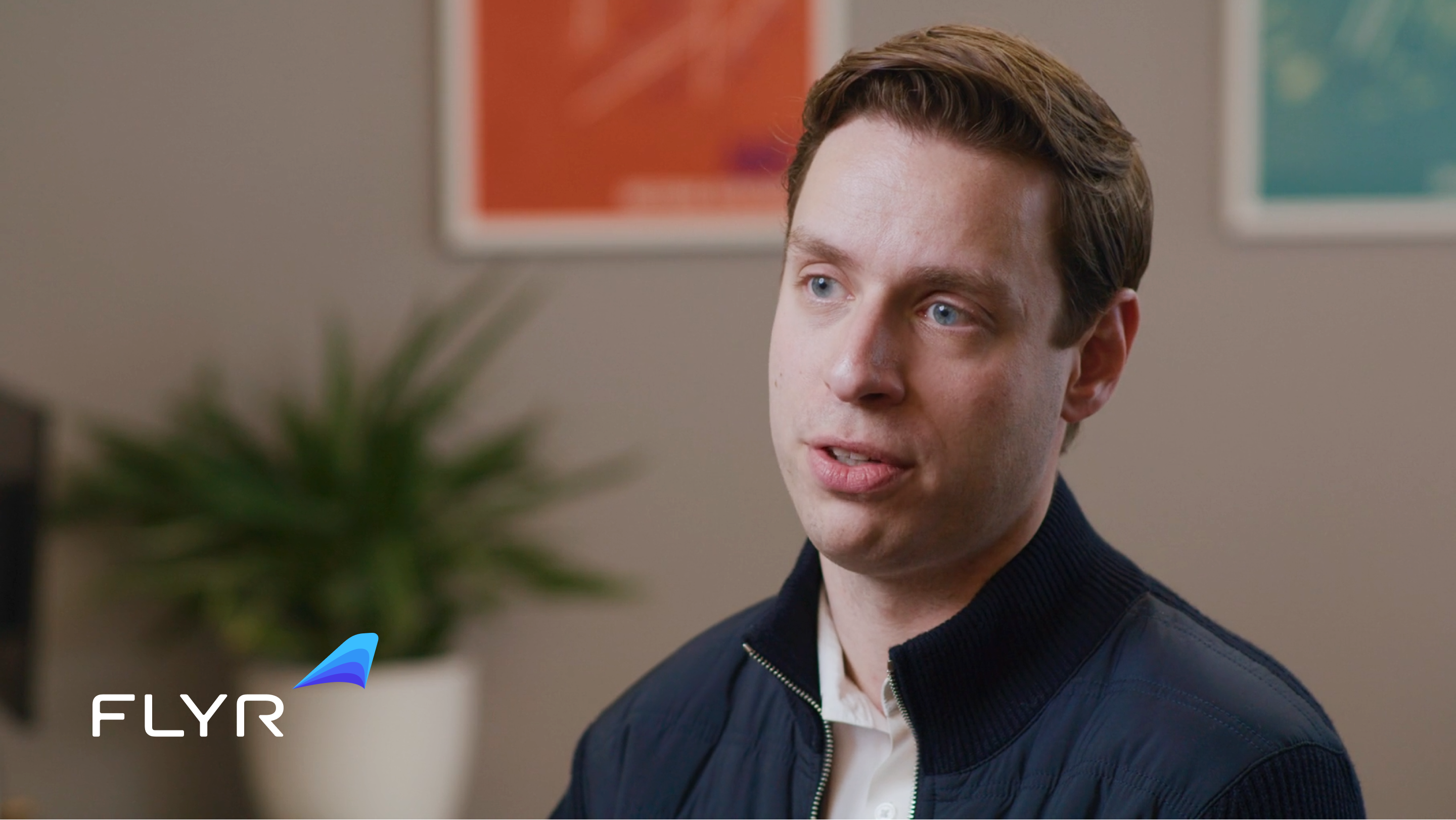 FLYR Labs has developed a deep learning platform called “Revenue Operating System” that ingests a whole host of data provided by the airline — bookings, accounting data, searches, capacity — as well as information like weather or promotions to predict demand, revenue and, most importantly, to set the price of the airline ticket that the consumer ultimately sees.

The company also uses competitor schedules and capacity to inform its modeling, which is purchased from third-party sources. (FLYR doesn’t train its model for any individual customer using their competitor’s data, so one airline using the company’s service wouldn’t have to worry about its historical data being used to strengthen another airline’s revenues.) From all these sources, the model is able to understand trends — even across routes or flight times — that can then inform new flights that have never been flown by the airline before.

Because the system across airline customers is trying to solve for the same problem — how do I price a seat so that it will sell? — the model will get smarter over time, FLYR says.

The company estimates it is able to increase the revenue of airlines by 5-7%, and the company does so not by just raising prices across the board, Mans said. “We create opportunities, both lower and higher priced, in the market that overall increases revenue,” he said. He added that 70-80% of travelers pay the same or less than they would under airlines’ legacy forecasting system.

FLYR offers a relatively low-risk onboarding process for new customers, deploying its software and going live with it on a subset of the airline’s network, generally 20-40%. It then conducts an A/B test for around 3-4 months to prove that its platform increases revenue, and takes its payment as a percentage of that incremental revenue performance.

FLYR’s methods have started to pay off: the company has around $14 billion in airline revenue under management, meaning it sets the ticket prices for that amount of revenues. While the startup is staying mum on its specific customers, it anticipates managing around $100 billion of airline revenues by the end of 2023.

That explosive growth forecasting is reflected in the company’s actual growth over the past 12 months. FLYR is opening up three new offices in Los Angeles, Dallas and Amsterdam in September, October and November respectively, in addition to its headquarters in San Francisco and an engineering office in Krakow, Poland. Its workforce has grown from about 50 people nine months ago to 150 today, and it plans on adding another 100 by January. In all, 80% of its workforce will be in engineering and data science, Mans said.

Once FLYR started seeing traction with airlines, it started getting calls — from car rental companies, cruise lines, railway companies, even events businesses interested in FLYR’s platform. Mans realized that the data these travel and transportation companies work with, as well as what they’re optimizing for, is not so dissimilar to that of airlines. So growing into neighboring verticals will be a huge focus for the company looking to 2022, he said.

Beyond that, the company’s also aiming to scale the capacity of its product. As Mans put it, “We realized that we’re not just a pricing system.” He said that better forecasting can help companies understand “when to add or remove capacity, or where to spend your marketing dollars to have higher yielding returns, or for the executive team to understand earlier how the quarter has gone.”

The funding round was led by WestCap, with participation from Silver Lake Waterman, WndrCo, as well as Peter Thiel, Streamlined Ventures, JetBlue Technology Ventures and Gopher Asset Management.