When you or your kid have any sort of respiratory issue, figuring out what’s happening minute by minute — and how well treatment is working — is a stressful, frustrating and anxiety-filled process. I imagine it’s all of the above and more in the middle of a friggin’ RESPIRATORY DISEASE pandemic.

StethoMe, a team competing in this week’s TechCrunch Disrupt Startup Battlefield competition, is looking to help alleviate some of this for children with asthma and their parents. It has built a smart, connected stethoscope that can help parents perform lung examinations at home, sending high-fidelity recordings directly to their kid’s doctor and using machine-learning to help flag potential concerns.

This is the device: 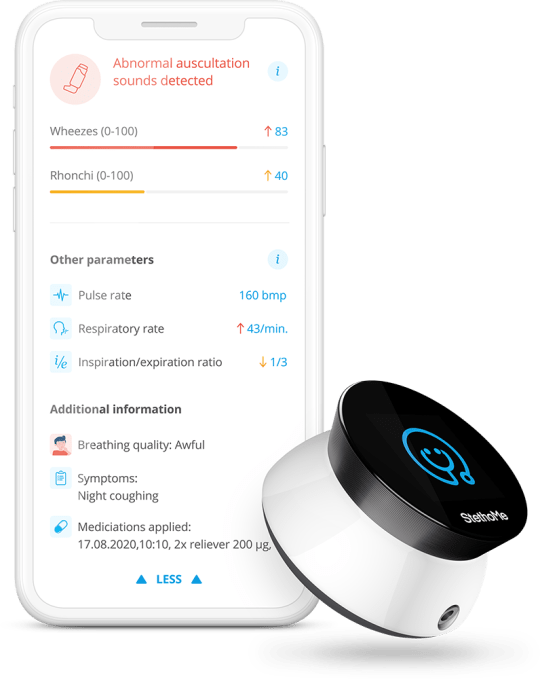 Turn it on, use your phone to tell it what kind of exam you want to perform, and the built-in screen will walk you through the process. It’ll tell you where on the chest to place the device, whether the room you’re in is quiet enough and more. After measuring across 6-8 points, it’ll provide you a report with details like respiratory rate, heart rate and whether it detected any audio abnormalities — including wheezing, rhonci (gurgling sounds caused by fluid) or crackles.

From there, you’re able to send a link to the report directly to your kid’s doctor, where they can hear the recorded audio from each point on the chest. A scrubbable spectrogram, meanwhile, provides a visual overview of each recording and flags and labels any abnormalities detected by the system. That report looks like this: 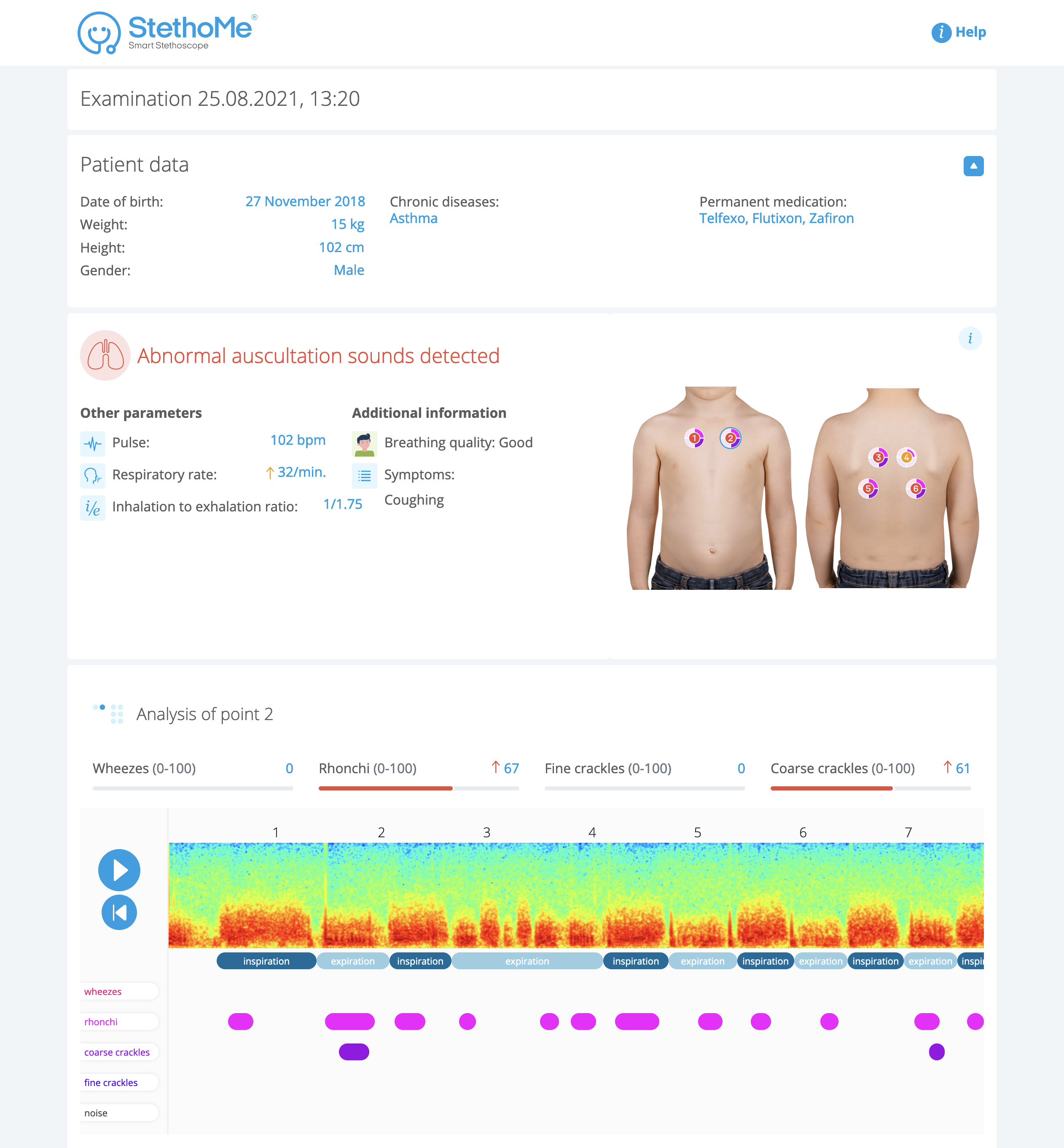 This information is meant to help parents and their doctors detect asthma attacks earlier and more accurately, and to help determine how well long-term medications are working — is one medication better than another at alleviating harder-to-detect symptoms? Did bumping up the dosage slightly help?

Co-founder Wojciech Radomski tells me their product is already certified as a medical device in the EU, having obtained a CE mark for both the AI and the device; the FDA approval process in the U.S., meanwhile, is underway.

At TechCrunch Disrupt, the company announced a deal wherein Poland’s Ministry of Health has purchased 1,000 devices to run a pilot test with over 100 doctors over the next half a year. “During this last month [alone],” Radomski tells me, “they’ve already made over 70,000 recordings.”

To maybe straddle the edge of too personal here: I freakin’ love this idea. I had asthma growing up. It dominated my life for a few years; even once the doctors got it under control (thanks science, love yooou), six-year-old me was always convinced I was having or about to have an asthma attack. The fear of being unable to breathe triggered crushing anxiety, which in turn convinced me I couldn’t breathe. While I can’t speak to how well this thing works at this point (that’s the FDA’s job), I wish I could package this thing up and stick it in a time machine and send it back to lil’ me in 1993 with a note that says “Use this, breathe easier.” (and maybe “p.s. buy bitcoin early” but I guess we shouldn’t screw with the timeline too much.)

StethoMe says it has raised a few rounds at this point (a $400,000 pre-seed, $2 million seed and $2.5 million Series A) and received nearly $3 million in grants from Poland’s National Center for Research and Development.