With the first major Windows release in a half-dozen years looming over the horizon, Microsoft has just unveiled a big slate of new hardware. The Surface line has always been viewed as a sort of proof of concept line for an operating system that hasn’t always inspired the most cutting-edge hardware breakthroughs.

The brand affords Microsoft an opportunity to push the edge of what can be done with consumer hardware, generally with a focus on blurring the line between categories like laptop, tablet and, more recently, phone. The Surface track record has been a solid one, on the whole, though messing around with form factors means no one gets it 100% right 100% of the time. 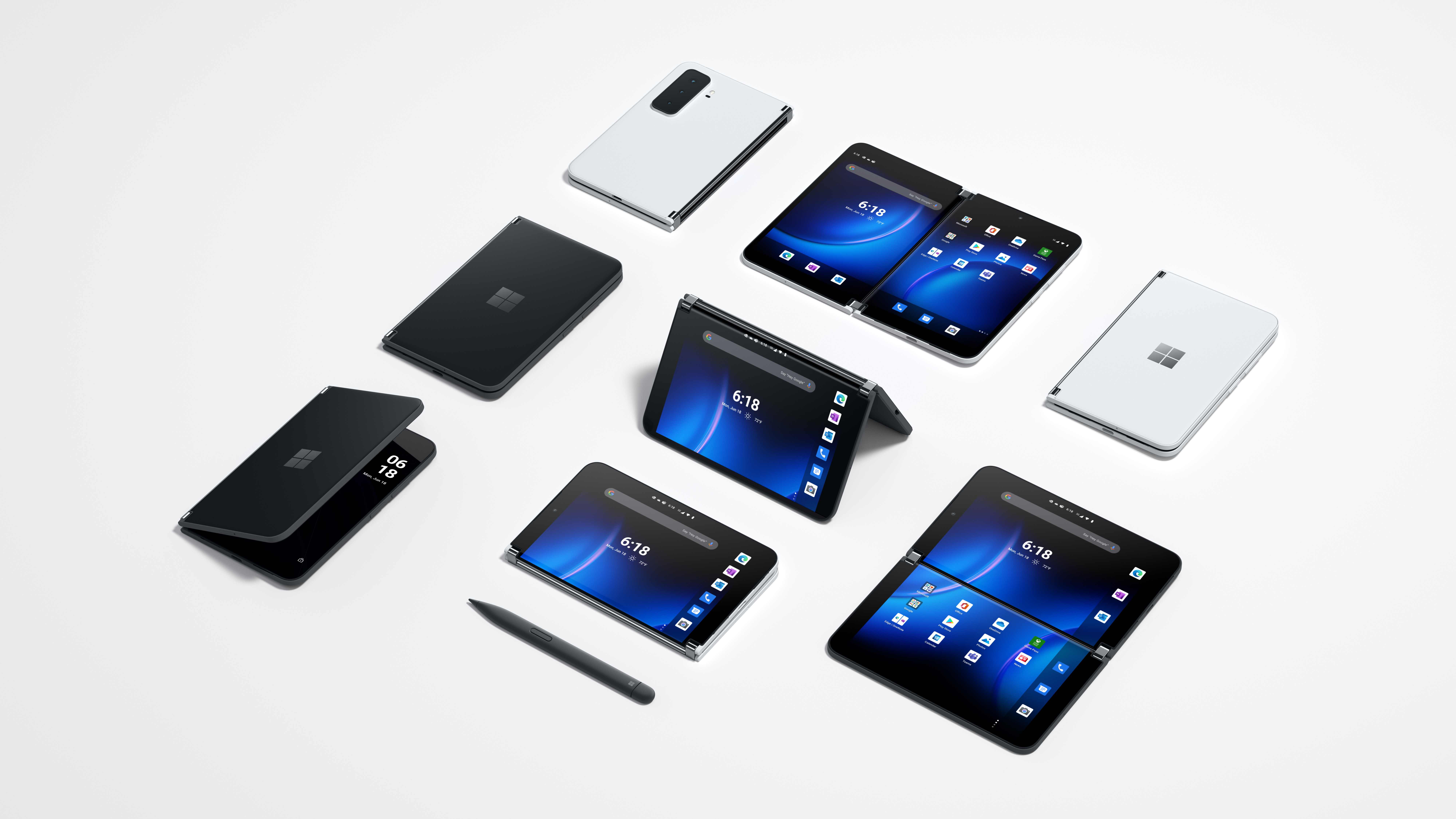 Last year’s Surface Duo is one of the best examples of this phenomenon, barring, of course, its larger sibling, the Surface Neo. The two devices garnered a ton of buzz when they were announced at the same event back in 2019. Both eagerly anticipated devices were ultimately disappointments for two very different reasons.

The Neo simply never came out. Microsoft’s subsequent cancellation of Windows 10X earlier this year appears to be the final nail in that specific product. While the Duo did arrive, it failed to live up to the hype. The form factor was every bit as interesting as it was at launch, but the company essentially acknowledged lackluster specs as it opted to focus on other things. I called it a “work in progress” that didn’t come near justifying the $1,400 price tag. 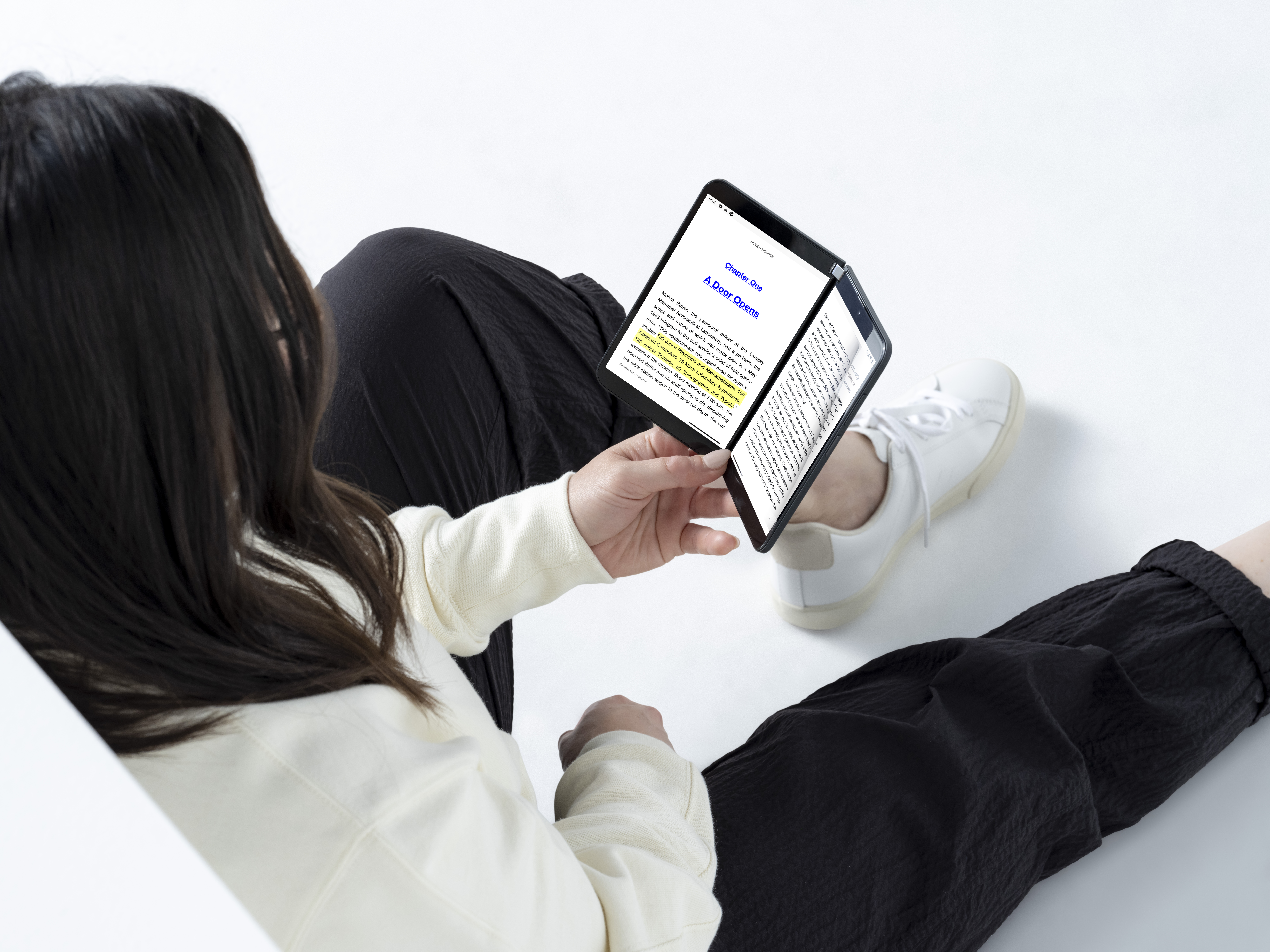 Microsoft likely won’t outright say it, of course, but the new Surface Duo 2 represents something of a do-over. It’s the sort of thing extended to products that we all really want to be good — like, say, Samsung’s first-gen foldables. In the world of smartphones, we’re all pretty eager for those products that could eventually expand from the same basic form factor our mobile devices have been stuck in for roughly a decade and a half. The dual-screen device is nothing if not an interesting insight into what could be.The top-line additions here are the screens, which have been expanded from 5.6 to 5.8 inches for a combined 8.3 inches (up from 8.1). The screens sport a 1344 x 1892 resolution at 401 PPI. The addition of a Snapdragon 888 processor is nice, as is the 5G connectivity, after last year’s LTE-only offering stuck out like a sore thumb. So did the camera situation, which was a pretty big mess last time. The Duo 2 adds a large camera model to the rear (in addition to the front-facing 12-megapixel), with three lenses: 12-megapixel wide and telephoto and a 16-megapixel ultra-wide. 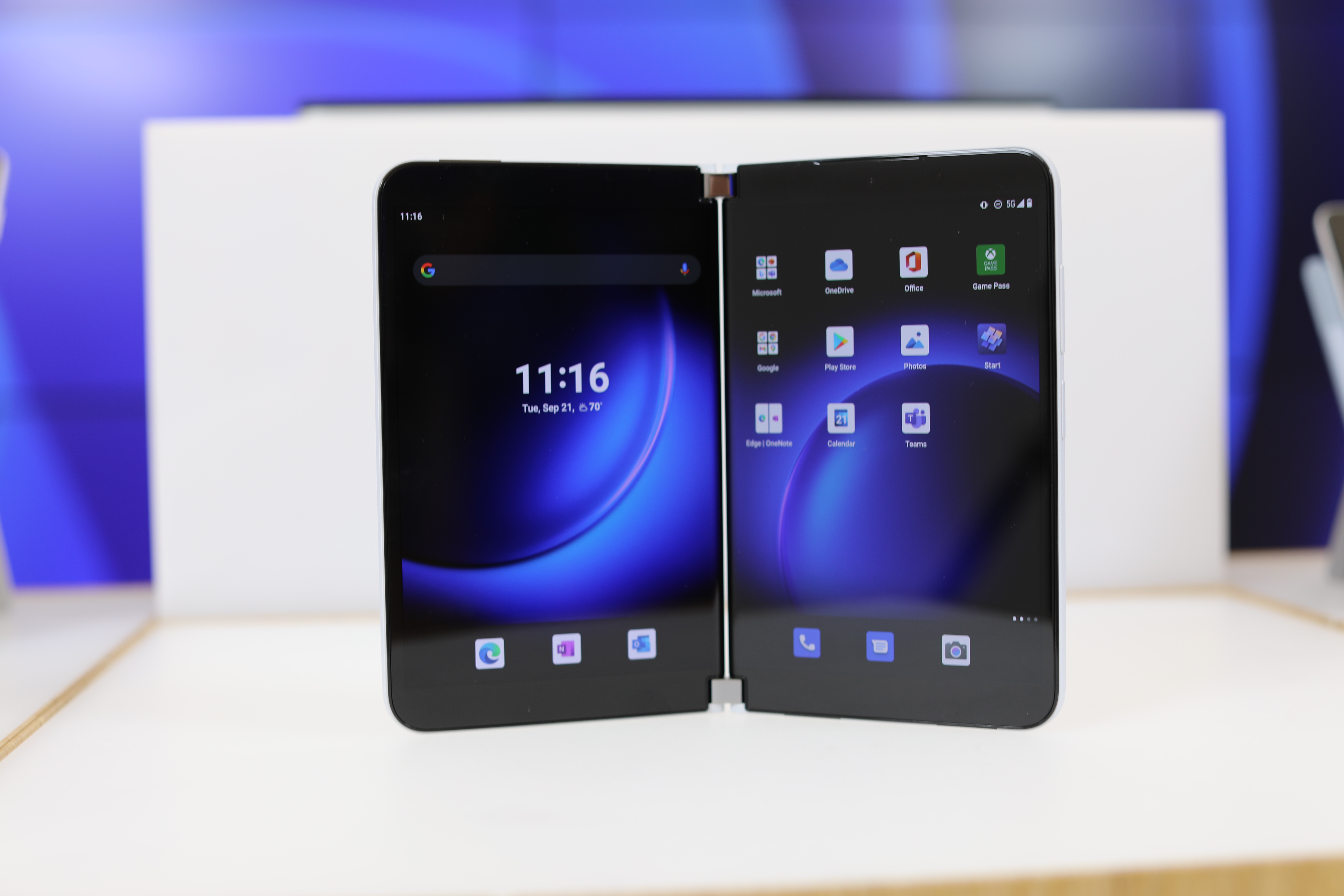 One thing the Duo does maintain is that price point. It’s up for preorder now, starting at $1,500. 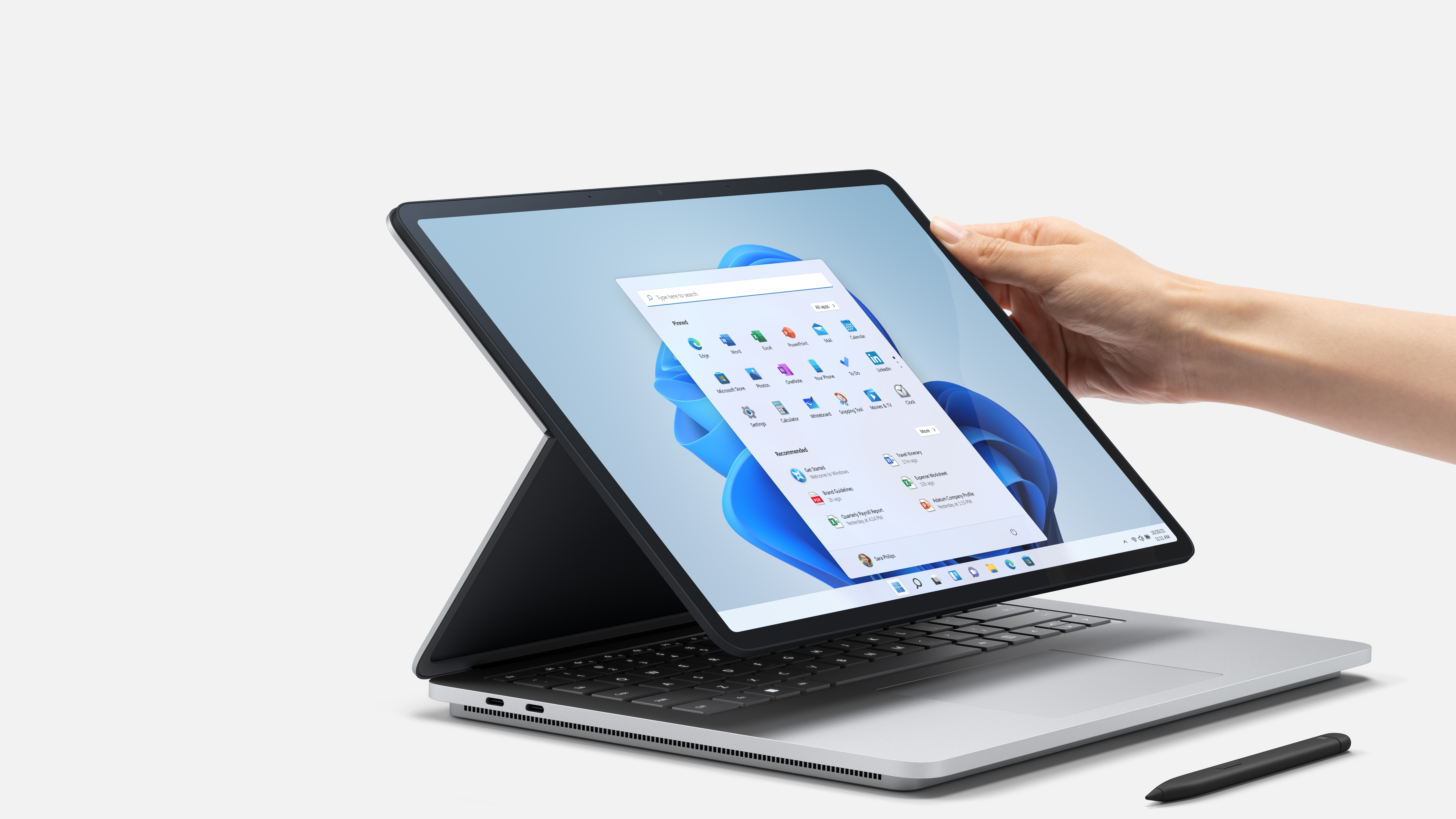 The other most interesting new device of the lot is the Surface Laptop studio. The device is a clever take on the two-in-one category that Microsoft has been bullish about forever, and the name fittingly pays homage to both the Surface Studio and Laptop, perhaps splitting the difference between the pair. It features a 14.4-inch touchscreen mounted on a kind of origami stand that allows it to be positioned in a number of configurations. It’s basically a laptop (and a very MacBook-esque laptop, at that) with a screen designed to move like a tablet mounted on top of a keyboard case. Also clever is the magnet on the underside of the product that lets you snap on the company’s new stylus. 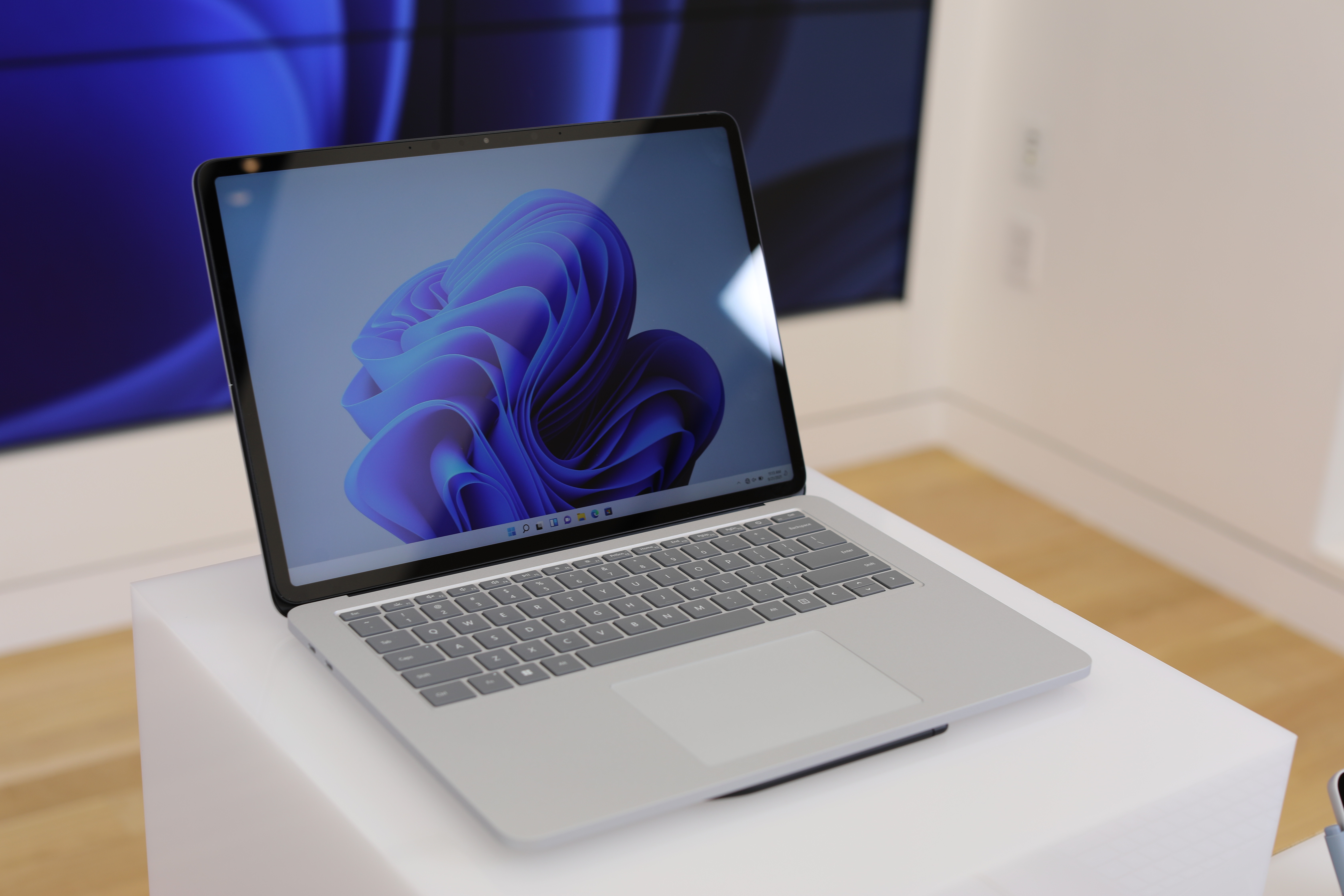 The product is targeted firmly at creative professionals the company has long been working to siphon off from Apple. The Laptop Studio sports an 11th-gen Intel Core H35 in either i5 or i7 configurations. It’s up for preorder now and starts at $1,600. 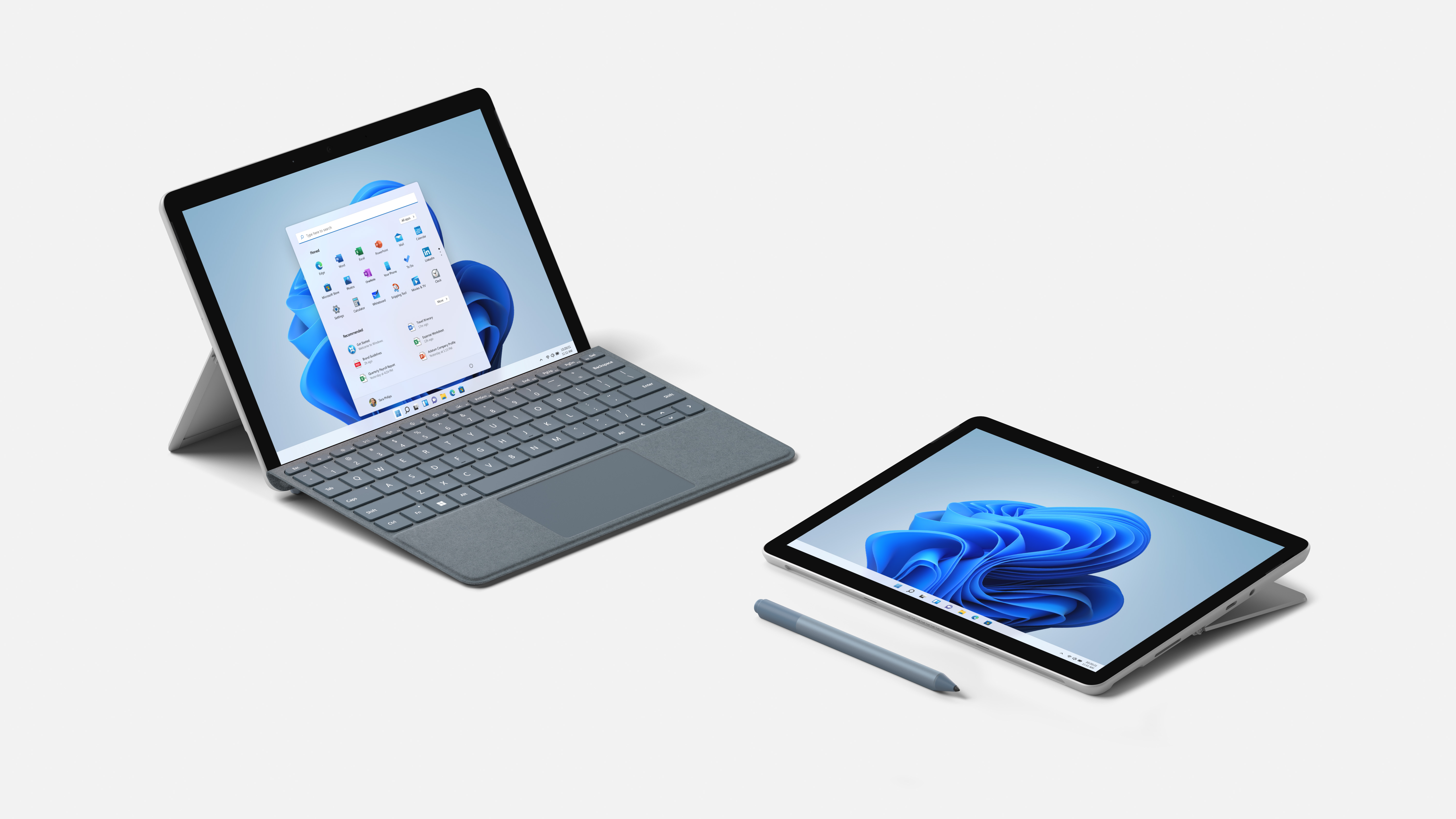 The Surface Go, Pro and Pro X are all getting updates this time out. The Go 3 gets a new Intel Core i3, which the company promises will offer up to 60% faster performance. The 10.5-inch system starts at $400 and will also add an LTE option, which is set to arrive at some point in the coming months. The Pro 8 two-in-one sports a 13-inch screen, 11th-gen Intel Core processors and two Thunderbolt 4 ports. It starts at $1,100. The thin and light Surface Pro X, meanwhile, runs on a Microsoft SQ2 ARM chip and will start at $900. 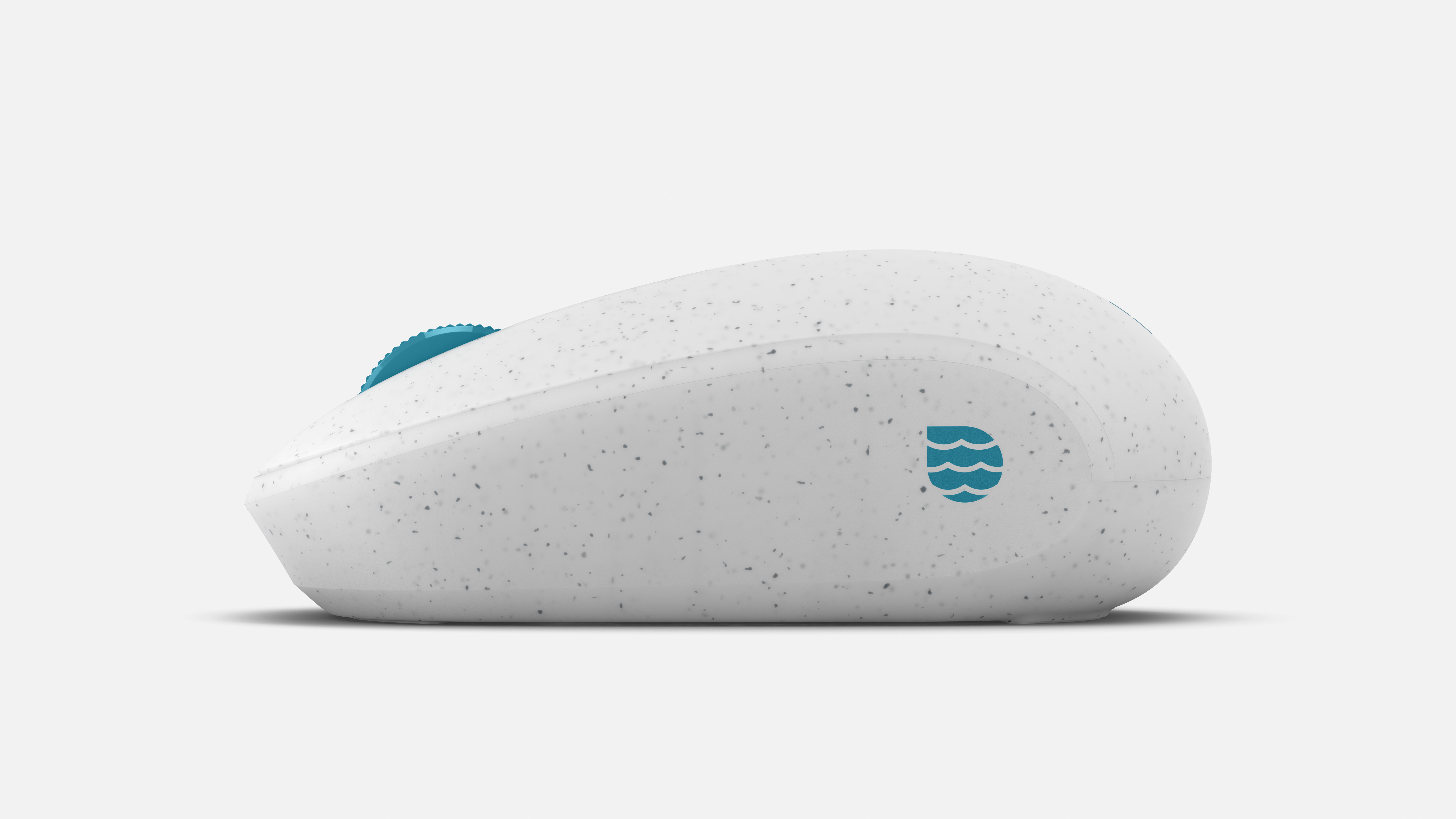 All of the above work with the new Surface Slim Pen 2, which sports a finer point, haptic feedback and magnetic charging. That runs $130. Also on the peripheral tip is the Microsoft Ocean Plastic Mouse, which is made from 20% recycled plastic that’s been recovered from the ocean. The Surface Adaptive Kit, meanwhile, features stick-on keycap labels, bump labels, port indicators and device openers, designed to increase accessibility for the devices.

On the whole, it’s a good balance for the company. The Laptop Studio finds the company exploring another fascinating corner of the two-in-one space. Is it a niche? Yeah, probably. It’s a big machine with a relatively narrow focus, but Microsoft’s been doing this long enough to understand the specifics of scale with a product like this. And hey, a major OS update doesn’t amount to much with some hardware working to push it forward.

The Duo 2, meanwhile, is a refinement of an eagerly anticipated new product that really didn’t pan out the first time around. Microsoft has been reasonably candid about the device’s failings and looked to address them here. You can make a pretty convincing argument that the device should offer more for the price, but it’s good to see the company sticking with an outside the box product like this, considering how many strange concept products (cough Neo) never make it that far. 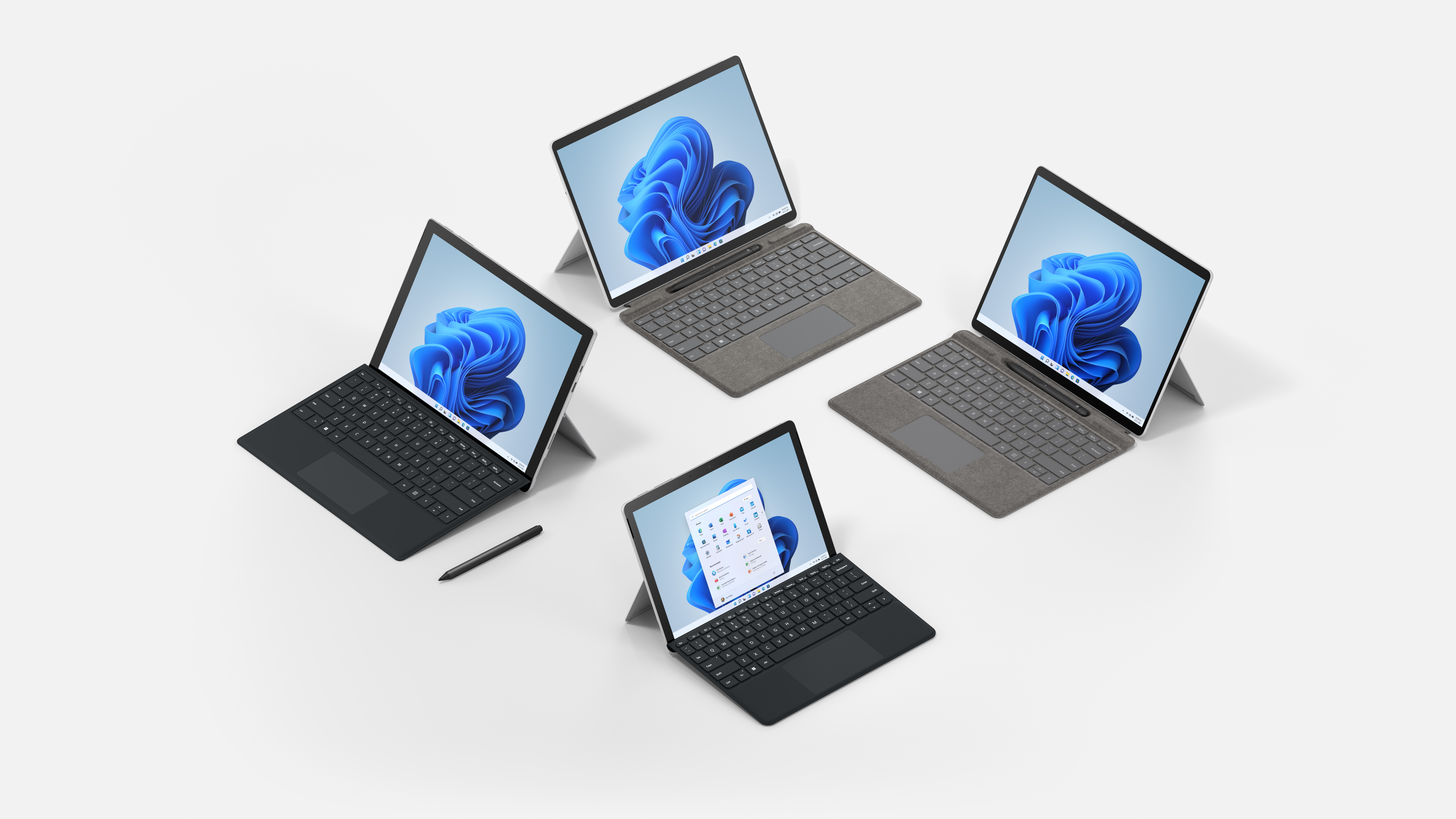 The other new Surface products present a further sense of refinement to the line, in anticipation of Windows 11. Microsoft clearly wants you to upgrade your hardware to match, if the convoluted system requirements are any indication.

The Microsoft Ocean Plastic Mouse is, admittedly, a bit gimmicky as the company is pushing hardware upgrades. In a more ideal world, all of the company’s devices would be made of similar components. But hey, if it rescues plastics from the ocean, it’s a start. The Surface Adaptive Kit, is a consumer-facing piece of what has been among the industry’s leading accessibility efforts.