Pollutants pouring from smokestacks around the world may be bad news for the atmosphere, but if you catch them before they get out there, you could reduce emissions and collect some valuable materials at the same time. That’s what Carbix aims to do with its carbon-sequestering reactor, which would extract minerals from emissions while staying carbon negative.

Carbix, which presented today at the Disrupt Startup Battlefield, is capitalizing on the pressure being placed on industries to decarbonize or face fines and high taxes. Cement manufacturing alone accounts for some 8%  of carbon emissions, and executives are scrambling to go green.

It turns out that minerals needed for cement and many other industries are being literally thrown away — puffed out of flues and allowed to settle wherever they drift. In fact, these minerals are valuable enough that Carbix can afford to pay factories for the privilege of siphoning them off and reselling them.

“We’re essentially paying emitters for stock they would normally dump into the wind — they have no incentive not to do this,” said Carbix founder Quincy Sammy.

The process is an accelerated version of what happens in nature: atmospheric carbon dioxide interacting with certain abundant minerals and slowly forming other ones — like calcium carbonate, limestone. Turning CO2 into stone is the basis of several startups in what we might call the permanent carbon sequestering market; Heimdal does it using seawater and 44.01 is injecting high-carbon water into fields of reactive minerals. Carbix, of course, is going to artificial sources.

It works like this: Carbix goes to a big emitter of CO2 and particulates and analyzes the stream being blown out. From that they can predict what carbonate minerals they can isolate and what they’ll need to do it. Then the output of the facility will be routed through one of Carbix’s reactors, in which the various effluvia are combined with raw reactive minerals — gypsum, lime kiln dust and others sourced from nearby to lower the logistics impact — and out come useful substances like ingredients for making cement, glass and other things. They cart those off and sell the raw materials that would have otherwise disappeared into the atmosphere (and eventually landed on a glacier somewhere).

The reactor, currently in a scale prototype called X1, is the most obviously defensible IP here, and Sammy said that the bulk of the seed round they’re putting together will go toward building the production-scale X2, which will have several hundred times the reactor space. Each X2 should be able to handle about 16,000 tons of carbonates per year per reactor, which corresponds to about 8,000 tons of CO2. They can operate in parallel, and Sammy estimated that a good size emitter might use 10 at a single facility. 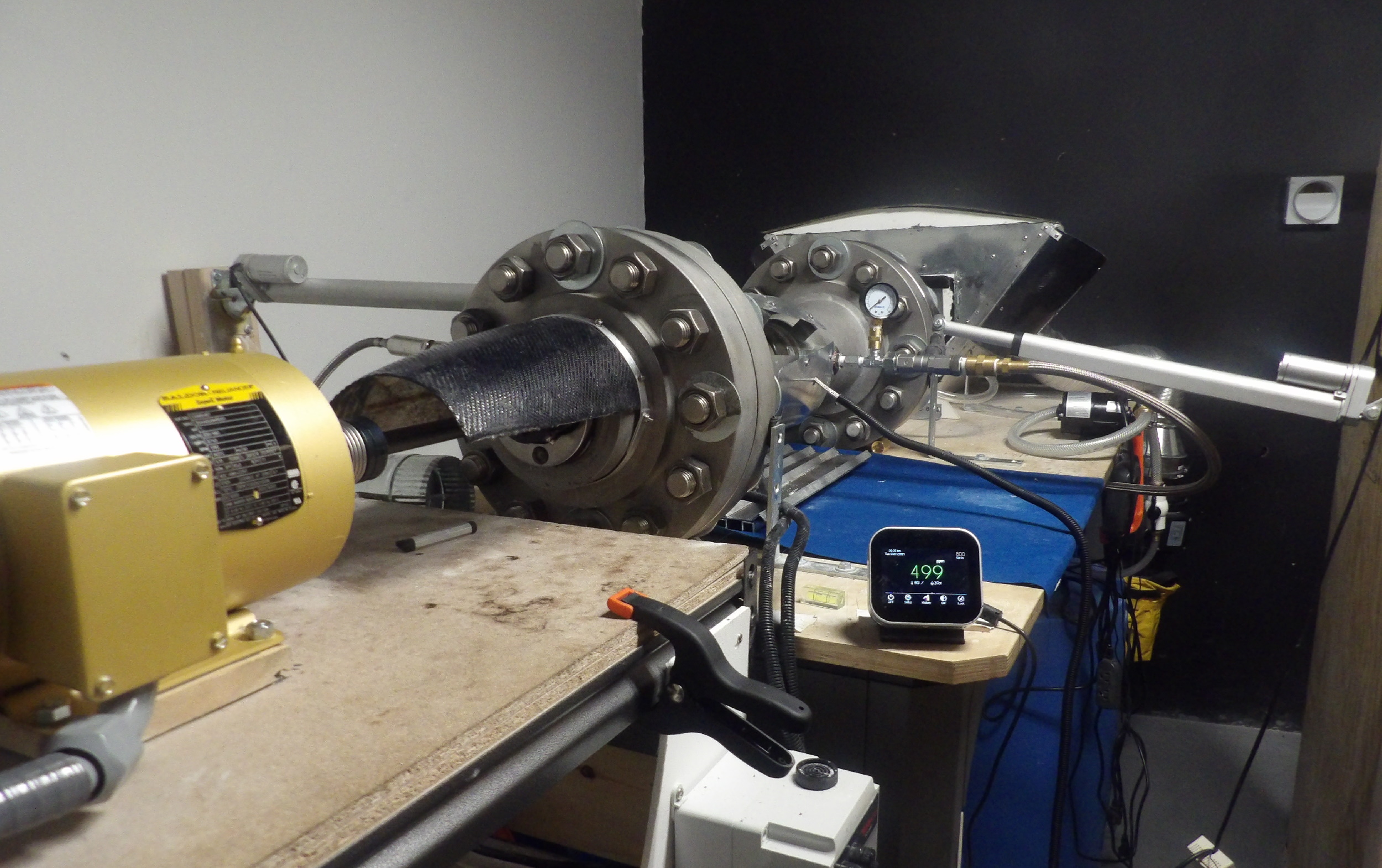 Prototype of the X1 reactor. The X2 will be larger by an order of magnitude at least. Image Credits: Carbix

The simplest arrangement would be for the emitter to pay for the upfront costs of the installation, with the understanding of mutual benefits to come. Carbix would then regularly pay for the materials it extracts — a double benefit since the emitter would normally not earn any money on them but the emissions would count toward caps. Sammy didn’t rule out profit sharing or other agreements but this would be the preferred setup.

“We’re breaking new ground with these companies, so reciprocity is key,” Sammy said. And while cement manufacturing is the first vertical they’re targeting, the Carbix process can be adapted to plenty of other industries.

“We don’t want to be tied to any specific sector — flue gas is flue gas. That’s why the project is end to end; we guide people through it. We’re demonstrating that we can work in any industry,” he explained.

As with any hardware company working at industrial scales, there are a lot of upfront costs. Carbix is working on a seed round to cover the expense of building and certifying the X2 reactor so it can be insured and financed through ordinary channels. After that comes the reciprocal back-scratching arrangements that benefit everyone involved.