Construction is among the world’s largest industries, with firms planning and building projects valued at trillions of dollars at pretty much any time. Yet, it’s also one of the most archaic industries, with a heavy reliance on paper even as IT has increasingly filtered into more of the industry’s processes. Paper though can’t match the extreme volatility in materials and labor happening today, and that means construction firms need better and more real-time software tools to handle cost estimates.

1build has a bold vision to own not just cost estimating, but everything that it takes to get a building under construction. “We are going to occupy the whitespace niche of pre-construction — your planning, your estimating, up until you break ground on your building,” CEO and founder Dmitry Alexin said.

Alexin had been scouting around for startup ideas in the real estate sector in 2018 and 2019, having previously worked in finance. He worked briefly at a stealth startup in the space, where he “helped to select real estate with data science.” He discovered a problem when it came to modeling the development of a property though: it wasn’t easy to determine what could be built or how much it would cost. “I just assumed you can just use an API to figure out the cost to build,” he said.

That led him into the rabbit hole that is the math of the construction industry. He discovered “this analog industry … three times as large as e-commerce and still in this offline, non-digitized way to consume,” he said. He wanted to automate more of these processes, but even that ran into challenges. “When I was forming 1build, it was creating a data standard for the construction industry,” he explained. Eventually, he zeroed in on cost estimating.

Alexin is a solo founder, who has since built up a management team around him. He and a few early employees joined the YC Winter 2020 batch, where 1build was identified as one of TechCrunch’s 20 most exciting startups in the batch out of several hundred (the company was my selection).

The startup’s timing, though, was horrific. “COVID happened right as we were graduating,” Alexin said. The company suffered a “50% reduction in usage in the first 30 days.” The company was still small and it hunkered down, but then something surprising happened: the construction industry just zoomed forward as millions of people moved to new homes and offices with the rise of remote work.

The company raised a previously undisclosed $5.5 million seed round from Initialized Capital and kept building. It focused on building a single platform (that’s the “1build”) around all aspects of estimating costs and handling the planning phase of construction. It’s “almost an experience that feels like interacting a spreadsheet, but we pull in the latest materials rate, the latest labor rates,” Alexin said. From there, you can “develop your estimate yourself, line item by line item.” He says that integrating all construction planning in one location can massively save time and money, and is particularly valuable for smaller contractors and construction firms who don’t have the scaled-up planning teams of their larger brethren. 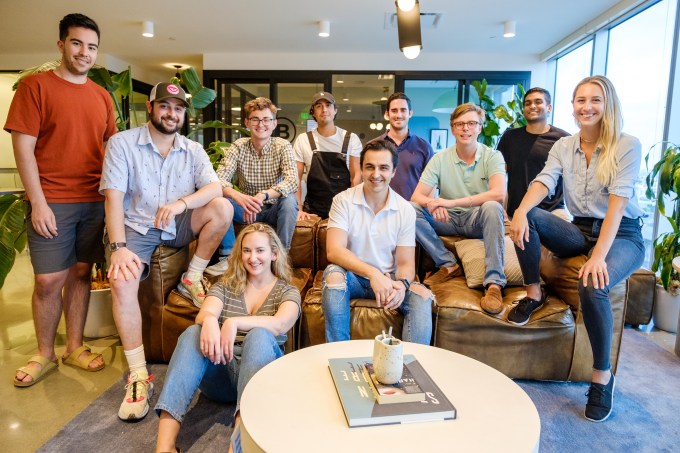 Alexin said that subscription revenues have risen 7x in the past 10 months, and 10x since April when we talked a few weeks ago. That excitement led it to a quick, $14.5 million Series A led by Brent Baltimore at Greycroft. Alexin said that Baltimore has been engaged in construction tech for a long time, and said that “we felt that they were the one firm that understood what we are doing.”

The team, as is typical these days, is spread out, with the majority in the U.S. and others in Canada and Europe.

1build wants to be the one stop for the construction industry, and hopes that the industry standardizes on a universal set of data formats. “The more and more builders that adapt that, the more we can build into the product,” he said.