Avalanche, a relatively new blockchain with a focus on speed and low transactions costs, has completed a $230 million private sale of AVAX tokens to some well-known crypto funds. Polychain and Three Arrows Capital are leading the investment.

The Avalanche Foundation completed the private sale back in June 2021 and is disclosing it today. Other participants in the private sale include R/Crypto Fund, Dragonfly, CMS Holdings, Collab+Currency and Lvna Capital.

Proceeds from the private sale will be used to support the Avalanche ecosystem, which is relatively nascent when you compare it to the Ethereum blockchain, for instance. Among other things, the foundation plans to support DeFi (decentralized finance) projects as well as enterprise applications through grants, token purchases and other forms of investments.

Like Solana and other newer blockchains, Avalanche wants to solve the scalability issues that older blockchains face. For instance, if you’ve recently tried to buy an NFT on the Ethereum blockchain, you probably paid $50 or $100 in transaction fees, or gas fees.

The Avalanche Foundation positions its blockchain as a solid alternative to Ethereum. You can run Dapps (decentralized apps) for a fraction of the costs with a much faster time-to-finality. Avalanche supports smart contracts, which is a key feature to enable DeFi projects.

Here’s what Avalanche’s official website says about its blockchain performance: 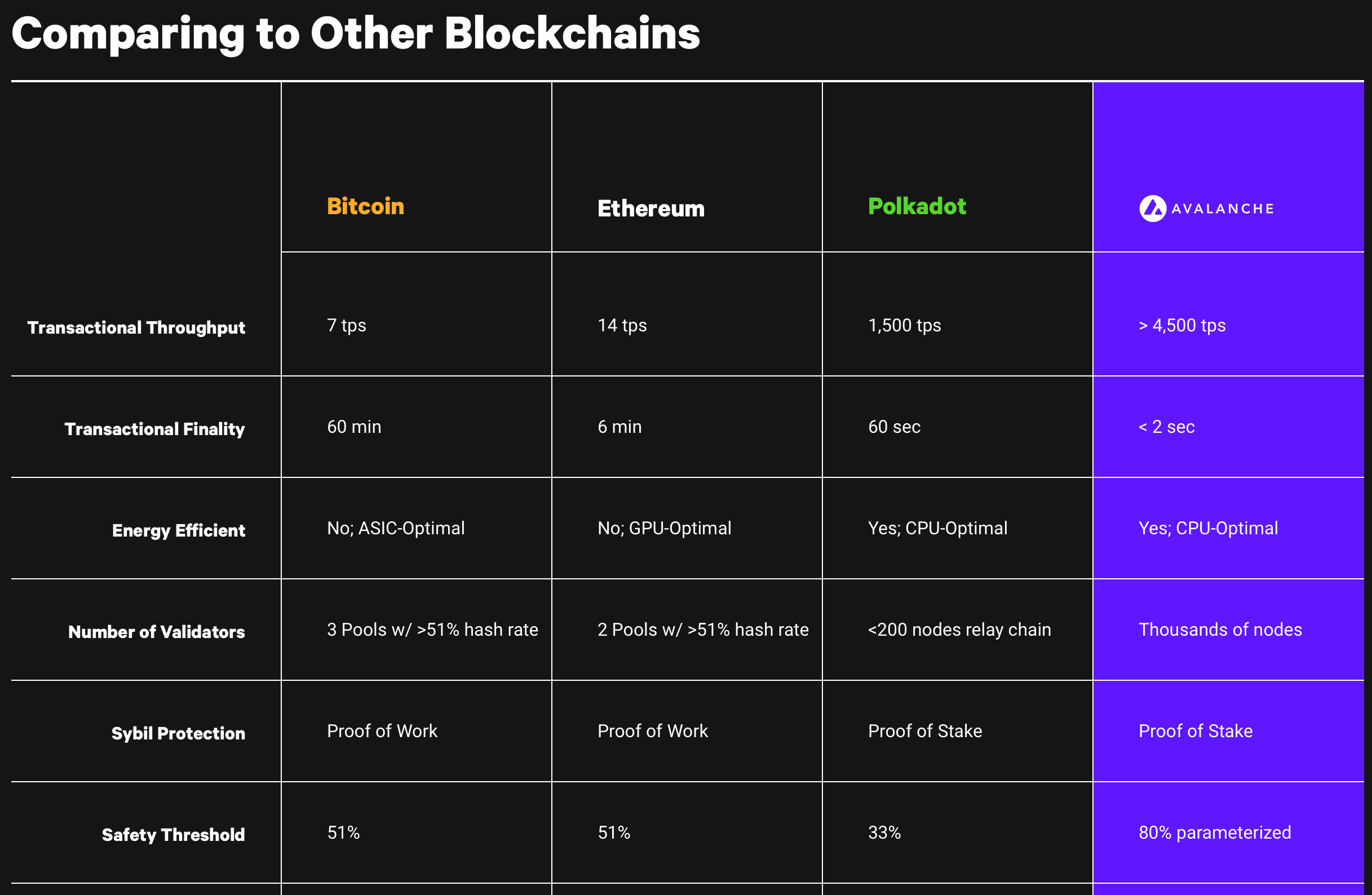 Having better performance is just part of the problem when you’re competing with Ethereum and other blockchains. Avalanche also needs to attract developers and build a strong developer community so that it becomes the infrastructure of other crypto projects.

That’s why Avalanche wants to make it as easy as possible to port your Ethereum Dapp to Avalanche. Avalanche’s smart contract chain executes Ethereum Virtual Machine contracts, which means that you can reuse part of your codebase if you’re already active on the Ethereum blockchain.

Similarly, applications that query the Ethereum network can be adapted to support Avalanche by changing API endpoints and adding support for a new network. The Avalanche team has also been working on a bridge to transfer Ethereum assets to the Avalanche blockchain. The equivalent of $1.3 billion in crypto assets have been transferred using this bridge.

Those are technical incentives. As for financial incentives, private sales and grants could help bootstrap developer interest. The Avalanche Foundation says that 225 projects currently support the platform, including popular crypto projects that already run on other blockchains, such as Tether, SushiSwap, Chainlink, Circle and The Graph. Topps, an NFT-based game with partnerships with the MLB and Bundesliga, is also using Avalanche.

Avalanche and its underlying token AVAX is currently the 14th cryptocurrency by total market capitalization according to CoinMarketCap. With a current market cap of $13 billion, Avalanche is ahead of Algorand or Polygon, but behind Polkadot and Solana. Solana also suffered from a major outage earlier this week, raising questions about Solana’s ability to scale. It’s going to be interesting to see whether one of these blockchains can catch up with Ethereum or even surpass Ethereum in usage and value.