Airbase, a corporate spend management startup, announced this morning that it now supports subsidiaries in different countries for U.S.-based businesses. As more companies lean into remote work, and a great many startups are founding themselves on multiple continents, the new capability could boost Airbase’s effective total addressable market.

The product news is interesting, but more so when we consider Airbase’s feature decisions in the larger context of the corporate spend management space itself. Startups competing in the market offer customers corporate cards and a software suite to help them manage spend more generally, along with other functionality that varies based on the provider in question.

TechCrunch has spilled much ink in recent months tracking Airbase competitors Ramp and Brex, for example, as they raise capital and look to differentiate their products to better serve their target markets. They are doing so by both pricing decisions and feature choices. 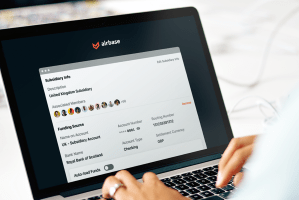 Airbase, while perhaps less well-known than its rivals, was early to the decision to charge for its software in addition to deriving interchange revenues from its business. Brex added a paid package of software at an SMB-friendly price point. Ramp is sticking to its zero-cost guns for now.

Now with support for international subsidiaries and currencies for U.S.-based companies, Airbase is executing against its vision to provide spend management services for companies from inception through IPO, founder and CEO Thejo Kote told TechCrunch an interview.

In more detailed terms, Airbase supports payouts to some 200 countries, as well as support for moving money around more generally in a more constrained geographic area.

The product news fits into Airbase’s goal of supporting companies even as they scale. Other competitors in its market have a greater SMB focus, it appears. Not that that is a diss; offering corporate spend services as a free package has proven lucrative for some companies looking to onboard a host of smaller enterprises. Divvy did so and sold for more than $1 billion. And Ramp and Brex are pricing their services to be well within the reaches of smaller firms.

Airbase does offer a free tier, but more as a method of attracting customers that could scale into large accounts in time, it explained. Those larger accounts are the startup’s goal. Kote said during a conversation that his company now has a number of customers paying six figures per year for its software, a change from when the company raised $60 million earlier this year, when such account sizes were rarer.

By adding more capabilities for multinational companies, Airbase may be able to land more large customers, which, in turn, would generate both software and interchange incomes for the startup.

Kote also disclosed new growth metrics for Airbase, though in relative instead of absolute terms. The startup has scaled annual recurring revenue — a metric that calculates annualized subscription software sales at a company — by 3.5x in the last 12 months, he said, and 2x in the last half-year. Kote also disclosed that his company is “approaching” $2 billion in annualized payment volume through its service, up 5x in the last 12 months.

Now in the process of digesting its Series B, Airbase has graduated from baby startup metrics, and we’ll expect something a bit harder the next time we cover the company.

Still, as Airbase looks to support larger companies longer, we’re seeing an interesting divergence between the corporate spend startups battling for North American market share. With three major players charging nothing, a little and a lot, it isn’t hard to guess where each will focus their product efforts in customer terms.