Space rideshare service provider Spaceflight Inc. is going to be shuttling customers on a lunar flyby mission next year, part of its long-term vision of giving companies easy access to lunar orbits and beyond.

The Seattle-based company will be delivering payload using its propulsive transfer vehicle, Sherpa EScape, or Sherpa-ES, the latest iteration of Sherpa vehicles that the company has been testing for the past few years. The Sherpa essentially acts as last-mile space transportation, deploying payload to customers’ desired orbits after reaching outer space.

Spaceflight’s electric propulsive Sherpa-LTE flew on the SpaceX Transporter-2 mission in June, while Sherpa-LTC with chemical propulsion will launch later this year on Transporter-3. The company has successfully deployed 50 customer spacecraft to date.

The Sherpa-ES will be delivering payloads for in-orbit refueling company Orbit Fab, which just closed $10 million in funding from two major aerospace primes, and new company GeoJump. It looks like GeoJump is also looking to get into the ridesharing business; its website bills it as offering “a new route to [geostationary orbit]” for small satellites. The mission will launch aboard a SpaceX Falcon 9 rocket. 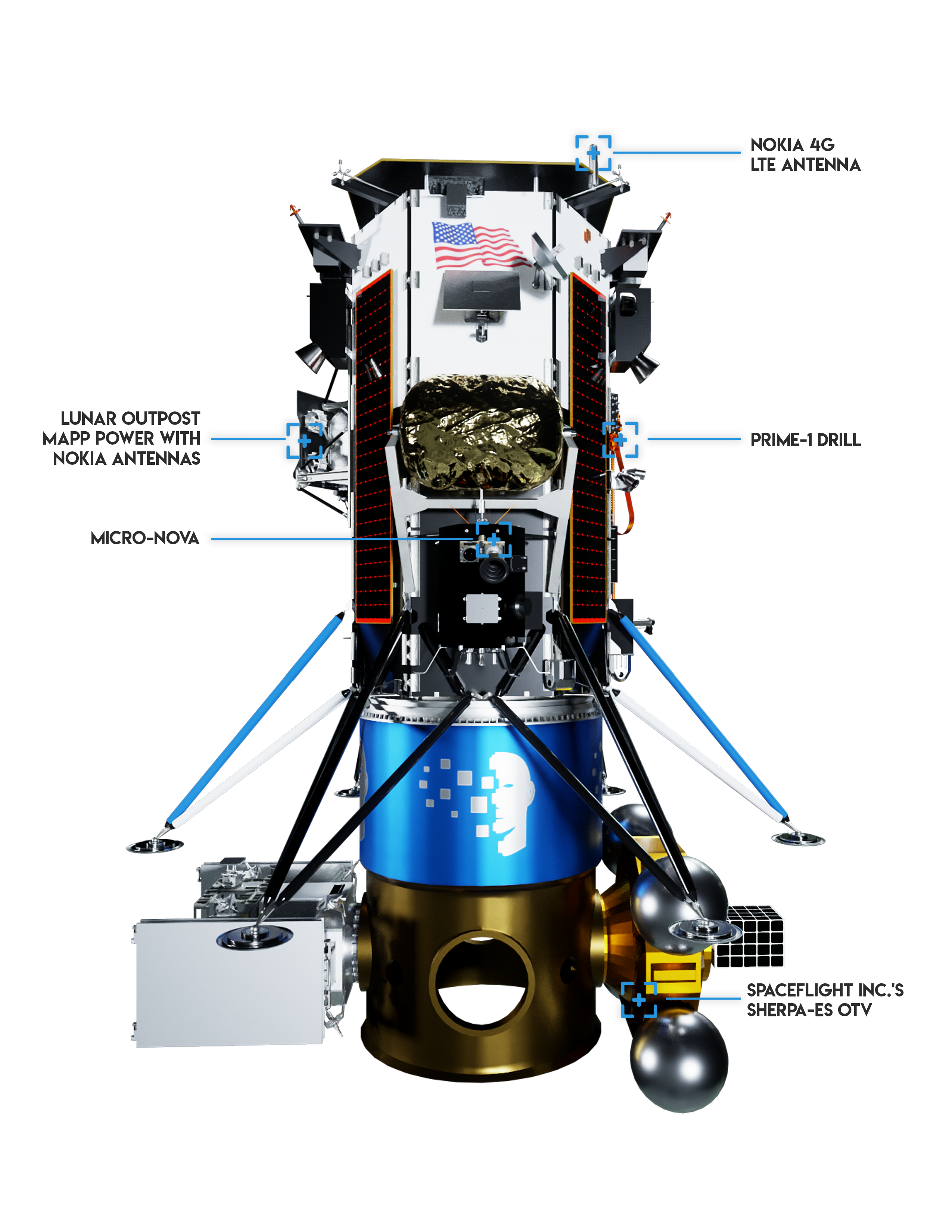 The rideshare is part of a robotic lunar landing mission being undertaken by Intuitive Machines, one of a handful of companies selected by NASA to be part of its Commercial Lunar Payload Services Program. Intuitive Machines will be sending its nearly 2,000-kilogram Nova-C lander to the lunar surface for a 14-day mission. The IM-1 lander will ferry around 130 kilograms of cargo.