Redwood Materials, the company started by former Tesla co-founder JB Straubel that aims to create a circular supply chain for batteries, is expanding its business. While it has been known primarily as a recycling firm, Redwood plans to simplify the supply chain by producing critical battery materials right here in the U.S.

To get there, the company is currently scouting a location for a new million-square-foot factory, at a cost of over $1 billion, Bloomberg reported. That factory would be dedicated to the production of cathodes and anode foils, the two essential building blocks of a lithium-ion battery structure — up to a projected volume of 100 gigawatt-hour per year’s worth of materials, enough for one million electric vehicles, by 2025.

But that’s not all. By 2030, the company expects to increase its annual battery materials production to 500 GWh, enough to power five million electric vehicles.

These numbers are incredibly ambitious. If Redwood can pull it off, it would be putting itself squarely among the ranks of the largest materials giants in the world, many of which are located in Asia. BloombergNEF estimated that consolidating the cathode supply chain to the United States, and using a certain percentage of recycled materials, could cut emissions from battery-pack production by 41%.

Recycling alone won’t take the company to these kinds of production numbers, though Redwood is also planning to expand its recycling operations. Instead, the company said in a statement that it would produce the anodes and cathodes from both recycled batteries and “sustainably mined material.” For now, the company is staying mum on its partners for this new endeavor, but it will likely mean more announcements of partnerships and expansions in the future.

This is just the latest bold move from the company, which has been making moves to aggressively expand its footprint for months. Earlier this summer, Redwood said it would triple the size of its 150,000-square-foot recycling facility in Carson City, Nevada, and it also purchased 100 acres of land near Tesla and Panasonic’s Gigafactory in Sparks, Nevada. The news also comes fresh off the heels of a $700 million Series C funding round from major investors, including Bill Gates’ Breakthrough Energy Ventures, Amazon’s Climate Pledge Fund, Baillie Gifford and Goldman Sachs Asset Management. The capital launched Redwood’s valuation to $3.7 billion. 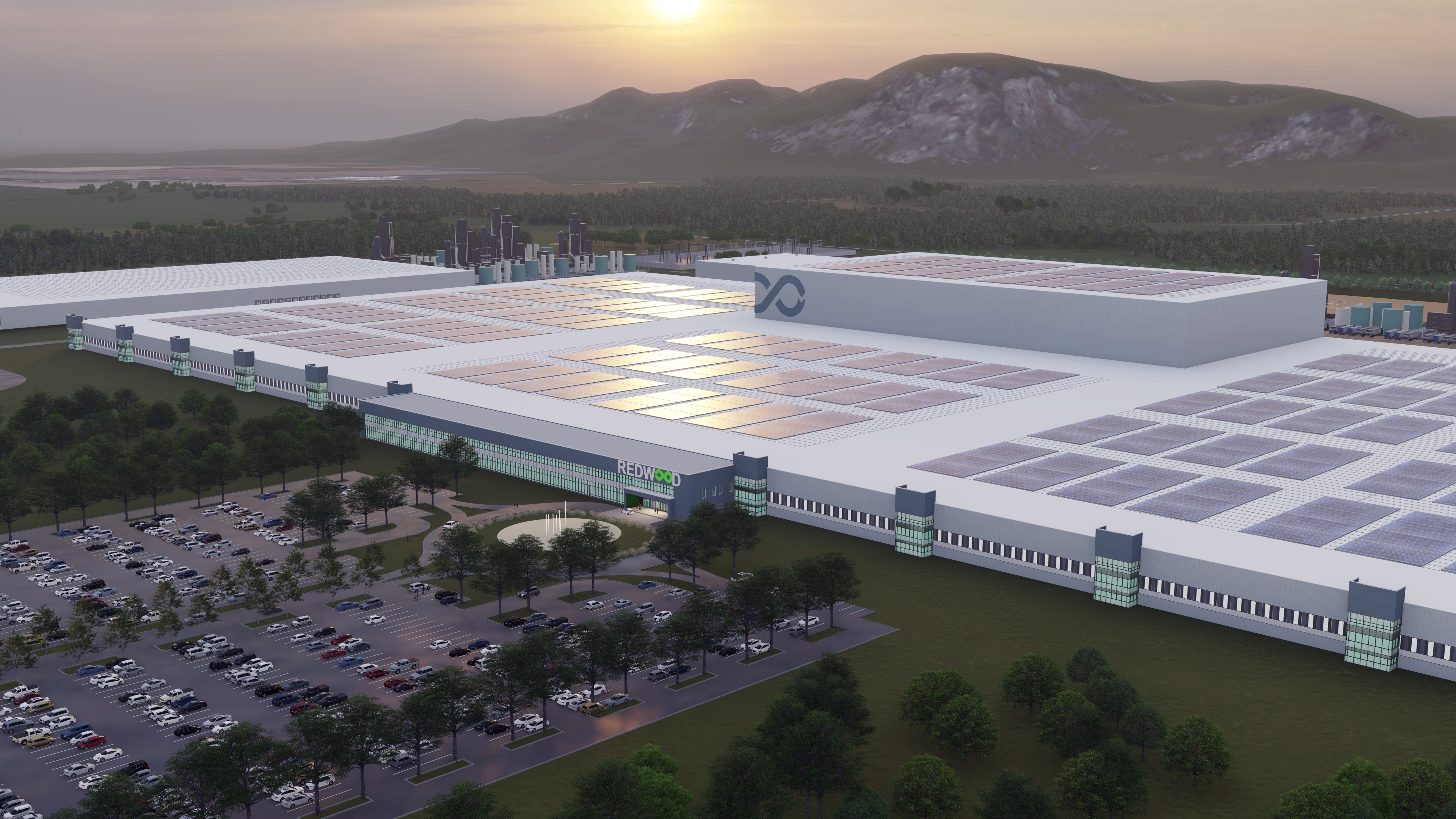 The company has recycling deals with Tesla, Amazon, electric bus maker Proterra, and electric bike maker Specialized Bicycle Components. Redwood says it can recover between 95-98% of critical materials from recycled batteries, such as lithium, copper, nickel and cobalt.