Founded in 2013, Bangladesh’s Chaldal was one of the first grocery delivery startups in the world to use the “dark” store model, picking up orders from its own warehouses instead of retail stores. Now the company says it is the country’s second-largest grocery player and the largest grocery e-commerce platform, with 27 warehouses located in four cities. Chaldal plans to expand into 15 new cities with a recently closed $10 million Series C. The round was led by Taavet Hinrikus, co-founder of Wise; Topia chief product officer Sten Tamkivi; and Xploration Capital, with participation from Mir Group.

When Chaldal launched in Dhaka eight years ago, it first picked up orders from local grocery stores. But most retailers in the city are very small and Chaldal was unable to guarantee items would be available for its customers. As a result, it decided to start building its own network of warehouses.

“When we started, Instacart was still the dominant model, but we took a different stand and said we want to deliver from our own warehouses because that leads to better inventory management,” co-founder and chief executive officer Waseem Alim told TechCrunch.

Chaldal Wants To Become The Amazon Fresh Of Bangladesh’s Capital

Now the company, a Y Combinator alum, has 27 warehouses located in four cities (Dhaka, Naryanganj, Chattogram and Jashore). It will expand to 15 new cities and plans to open 50 warehouses by the end of this year. In addition to its flagship grocery deliveries, Chaldal will expand GoGo Bangla, its on-demand logistics service for small e-commerce businesses, and the Chaldal Vegetable Network, which connects farmers directly to retailers. It also has plans to launch a direct-to-consumer pharmacy.

Chaldal claims that it has generated $40 million in revenue and performed 2.5 million orders over the past 12 months, growing about 120% year over year. It currently sells about 8,500 kinds of products and wants to expand that to 30,000 SKUs by December. 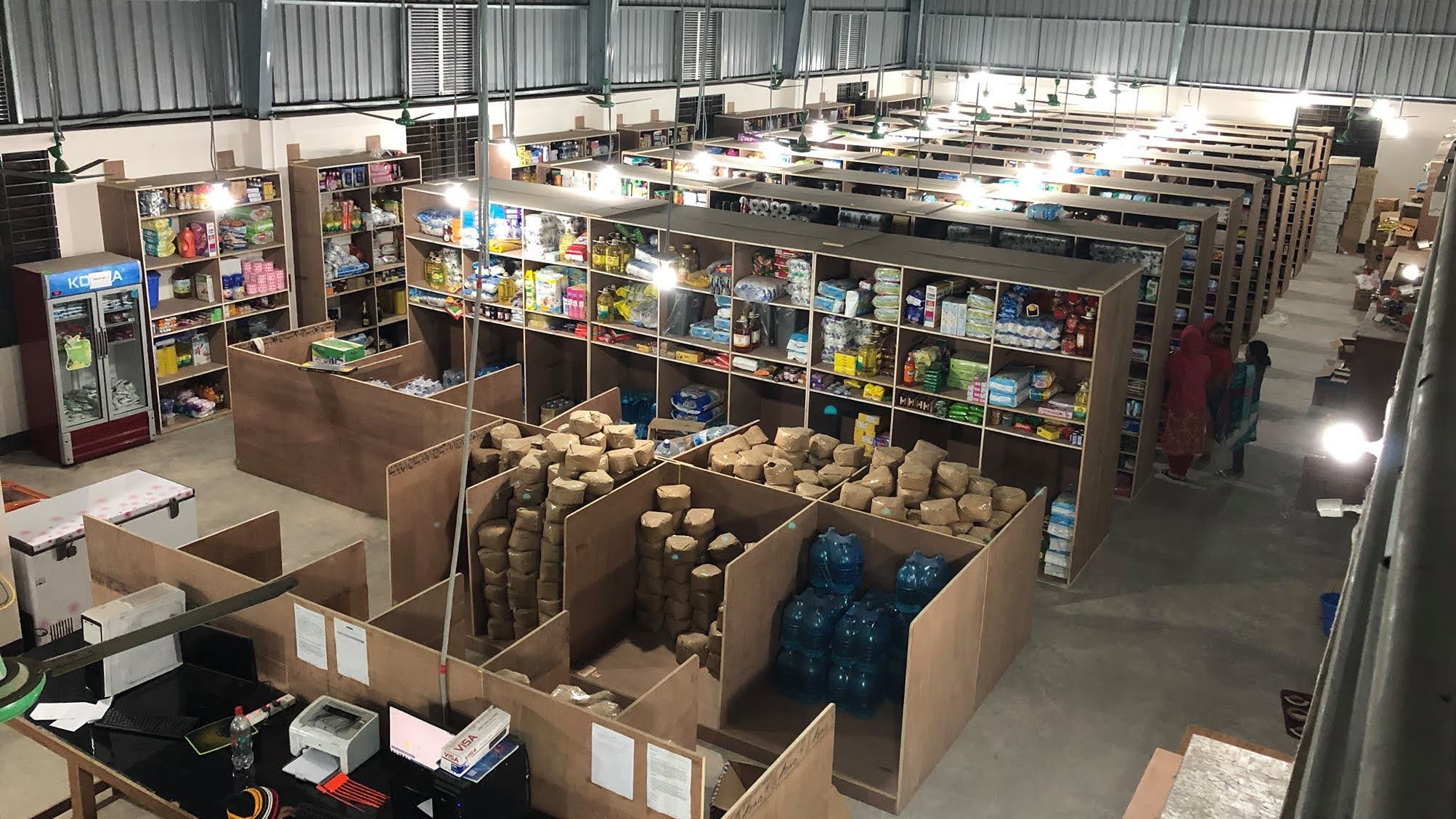 One of Chaldal’s “dark” stores, or warehouses. Image Credits: Chaldai

Alim says Chaldal’s core grocery operations have been profitable for a while now, and it only invests cash in building its technology or launching new verticals. One of the reasons it is able to make money is because Chaldal began batching deliveries early on, sending out riders from its full-time fleet with several orders at a time (it recently launched a part-time driver program). Batching also means Chaldal is able to offer deliveries in as little as 15 to 30 minutes.

Chaldal also worked closely with suppliers and manufacturers. “We are one of the most efficient online grocery retailers in the world in terms of amount of capital that has been invested in us versus our size, and that’s mainly because we have been really working with our supply chain and all those details,” Alim said.

For example, it sources produce directly from farms, and partners with large manufacturers like Unilever. “Walmart and stores like that don’t exist here; it’s mostly small retailers, so we’ve been able to have a huge impact on the supply chain side of things,” said Alim. “We are continuing to expand our microwarehouse model and have started supporting, as part of the delivery mechanism we have built, a lot of small merchants,” including many sellers who signed up for GoGo Bangla during the pandemic.