Big day for hardware over at Apple HQ. In addition to all of a pair of new iPads, the company just launched the latest version of the wearable-dominated Apple Watch. As anticipated, the Apple Watch Series 7 marks one of the biggest design changes in the smartwatch’s six year history. The new Watch sports a re-engineered display that’s 20% larger than the Series 6, while “barely effecting” the watch’s size, courtesy of smaller bezels. 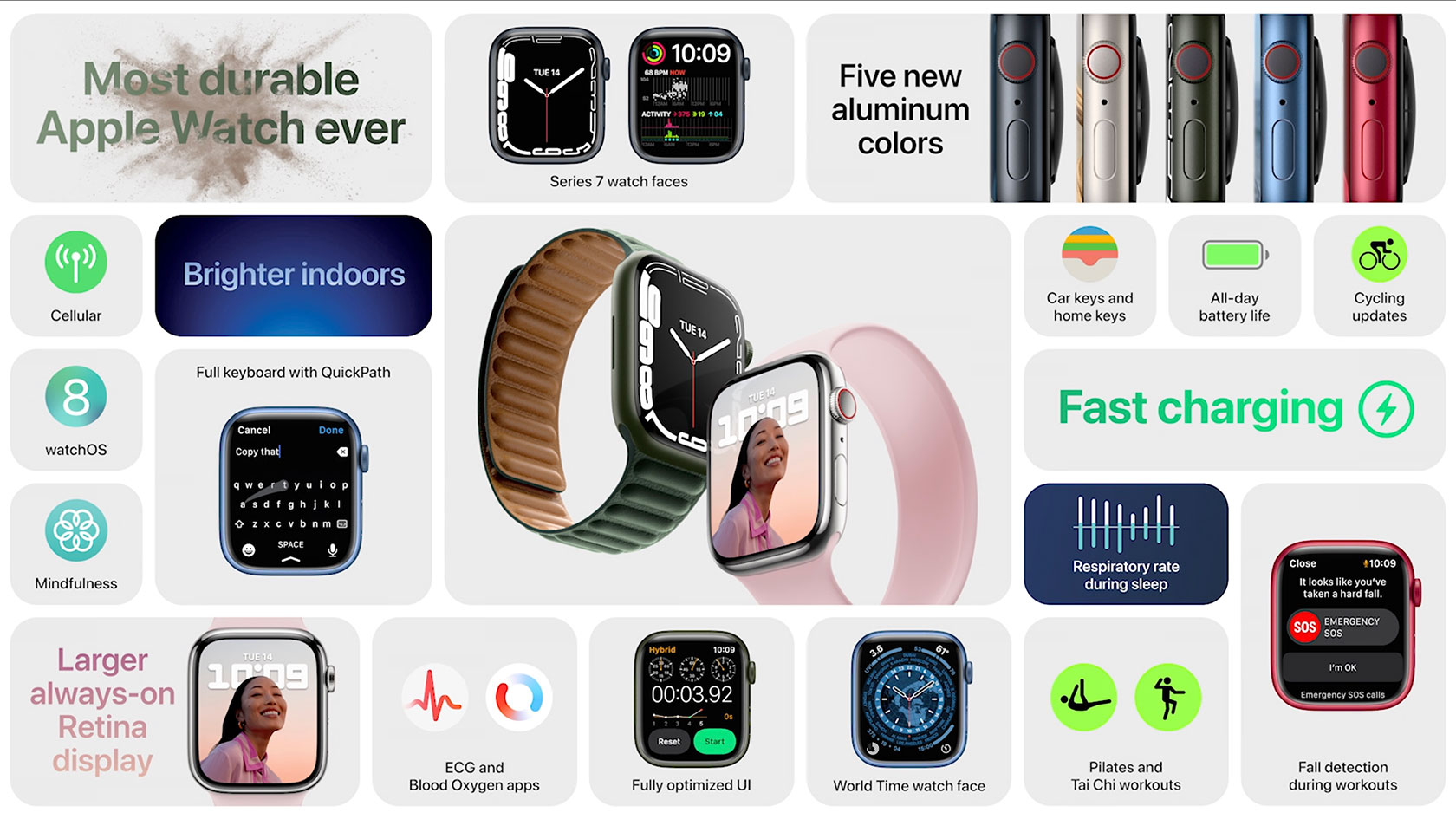 The corners are rounded and the display is significantly brighter than the last version. The new screen is able to fit 50% more text than the previous models, and the system features a new text input feature with AI predictions. The glass on the front has been fortified, and the Watch now rates IP6X. 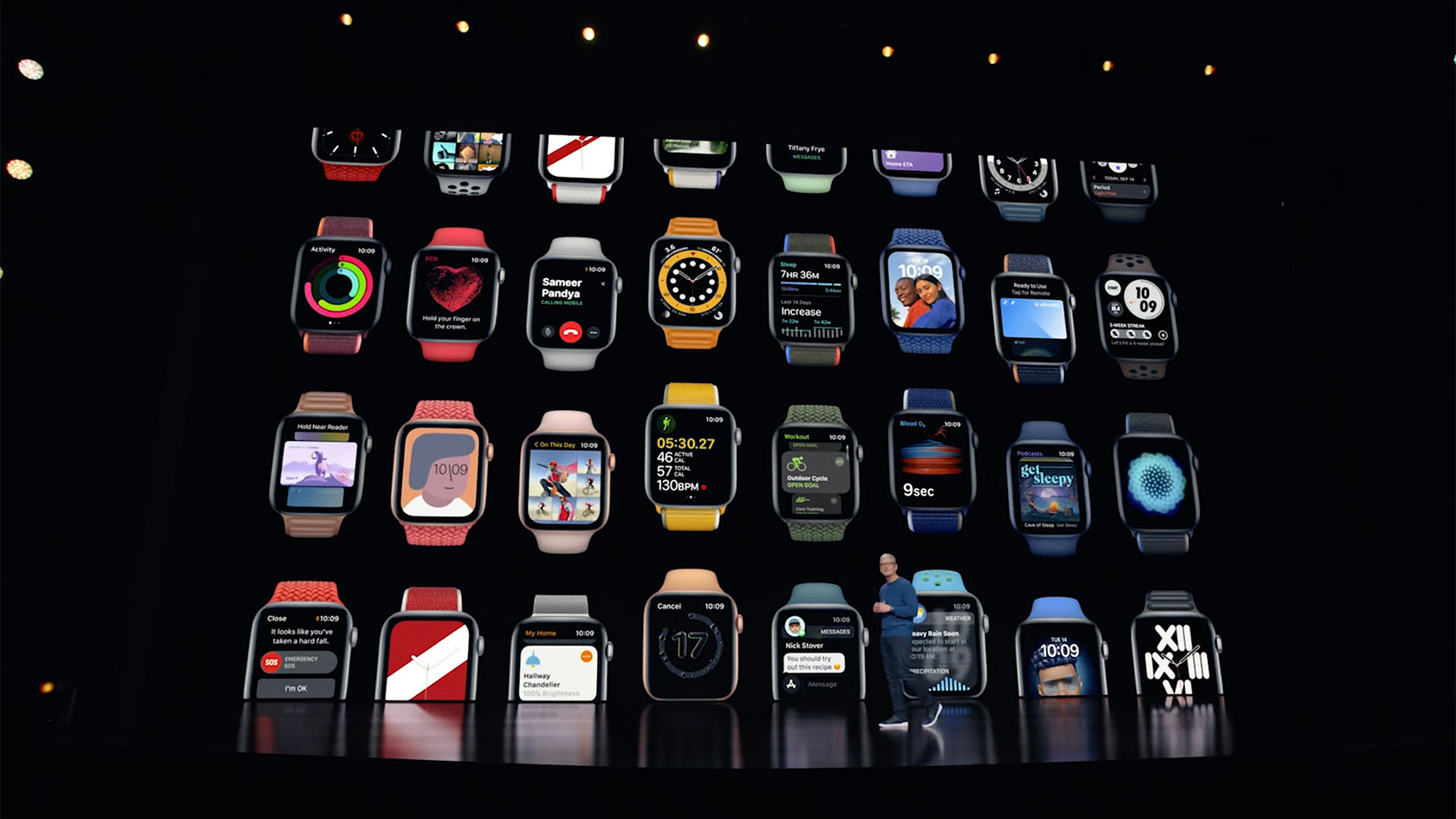 Contrary to rumors, the battery hasn’t been improved this time out. It can, however, charge at around  33% faster, so you can get some quick juice in before sleep tracking. 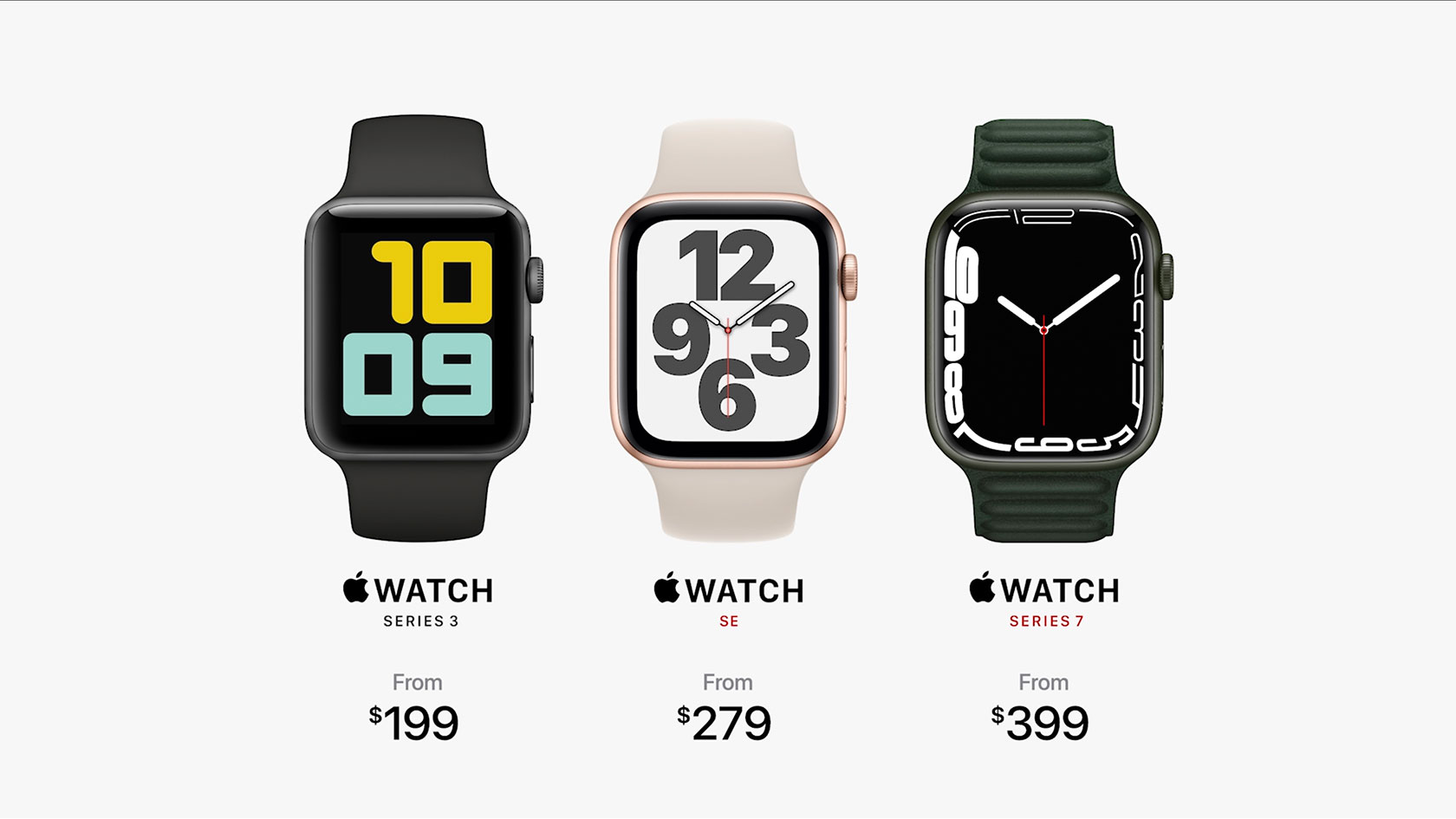 Apple Watch Series 7 is arriving later this fall, starting at $399. The cases come in five different colors. The Series 3 is sticking around, priced at $279, while the SE runs $279. The new watch will ship with WatchOS 8, which now includes bike tracking.