If Gutenberg were alive today, he’d be a very busy angel investor.

With book sales booming during the COVID-19 lockdowns last year, the humble written word has suddenly drawn the limelight from VCs and founders. We’ve seen a whole cavalcade of new products and fundings, including algorithmic recommendation engine BingeBooks, book club startups like Literati and the aptly named BookClub, as well as streaming service Litnerd. There have also been exits and potential exits for Glose, LitCharts and Epic.

But the one company that has captured the imagination of a lot of readers has been Bookshop.org, which has become the go-to platform for independent local bookstores to build an online storefront and compete with Amazon’s juggernaut. The company, which debuted just as the COVID-19 pandemic was spreading in January 2020, rapidly garnered headlines and profiles of its founder Andy Hunter, an industrious publisher with a deep love for the reading ecosystem.

After a year and a half, how is it all holding up? The good news for the company is that even as customers are returning to retail including bookstores, Bookshop hasn’t seen a downturn. Hunter said that August sales this year were 10% higher than July’s, and that the company is on track to do about as many sales in 2021 as in 2020. He contextualized those figures by pointing out that in May, bookstore sales increased 130% year over year. “That means our sales are additive,” he said.

Bookshop now hosts 1,100 stores on its platform, and it has more than 30,000 affiliates who curate book recommendations. Those lists have become central to Bookshop’s offering. “You get all these recommendation lists from not just bookstores, but also literary magazines, literary organizations, book lovers and librarians,” Hunter said.

Bookshop, which is a public-benefit corporation, earns money as all e-commerce businesses do, by moving inventory. But what differentiates it is that it’s fairly liberal in paying money to affiliates and to bookstores who join its Platform Seller program. Affiliates are paid 10% for a sale, while bookstores themselves take 30% of the cover price of sales they generate through the platform. In addition, 10% of affiliate and direct sales on Bookshop are placed in a profit-sharing pool that is then shared with member bookstores. According to its website, Bookshop has disbursed $15.8 million to bookstores since launch.

The company has had a lot of developments in its first year and a half of business, but what happens next? For Hunter, the key is to build a product that continues to engage both customers and bookstores in as simple a manner as possible. “Keep the Occam’s razor,” he says of his product philosophy. For every feature, “it’s going to add to the experience and not confuse a customer.”

That’s easier said than done, of course. “For me, the challenge now is to create a platform that is extremely compelling to customers, that does everything that booksellers want us to do, and to create the best online book buying and book selling experience,” Hunter said. What that often means in practice is keeping the product feeling “human” (like shopping in a bookstore) while also helping booksellers maximize their advantages online. 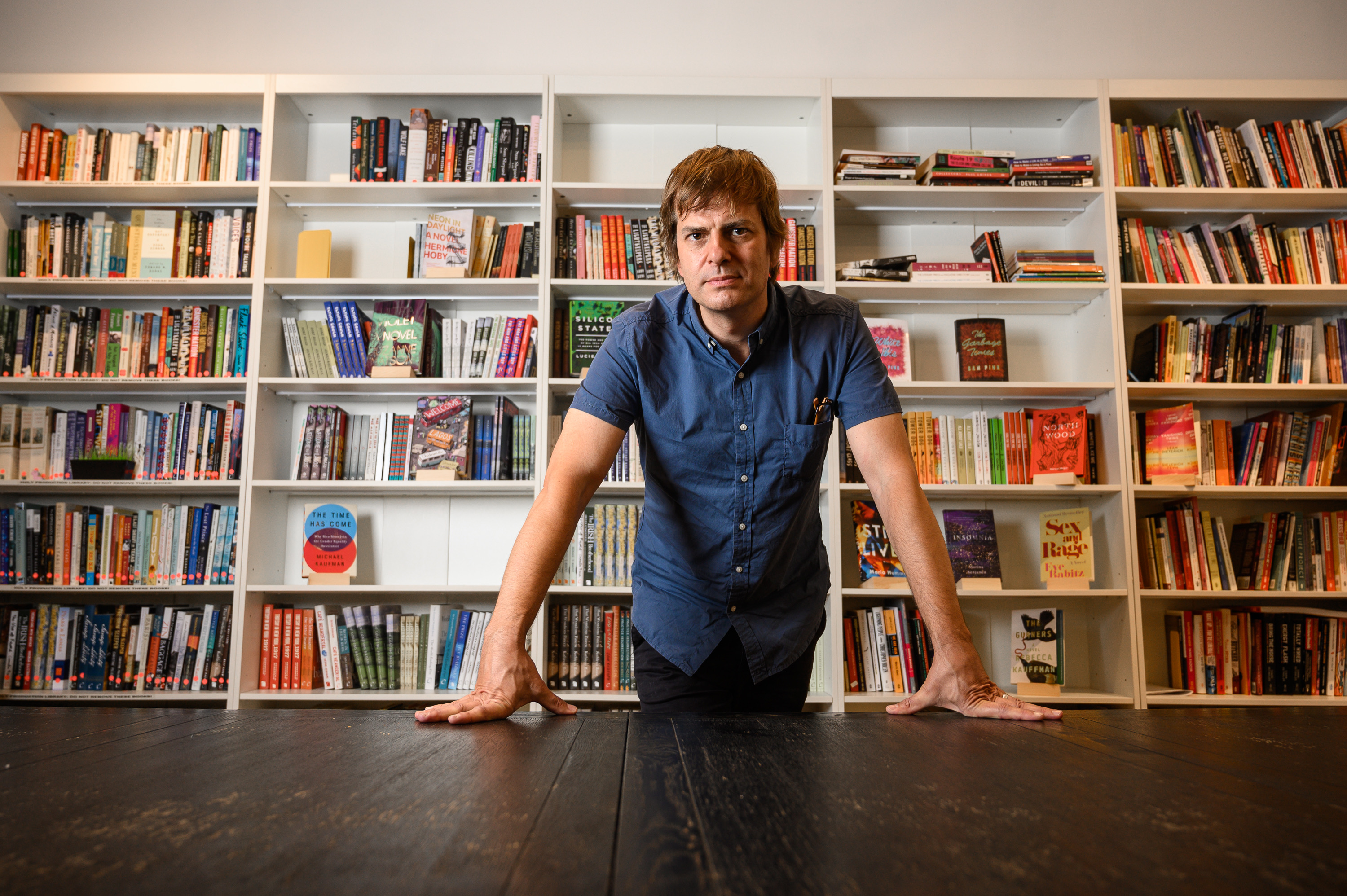 For instance, Hunter said the company has been working hard with bookstores to optimize their recommendation lists for search engine discovery. SEO isn’t exactly a skill you learn in the traditional retail industry, but it’s crucial online to stay competitive. “We now have stores that rank number one in Google for book recommendations from their book lists,” he said. “Whereas two years ago, all those links would have been Amazon links.” He noted that the company is also layering in best practices around email marketing, customer communications and optimizing conversion rates onto its platform. 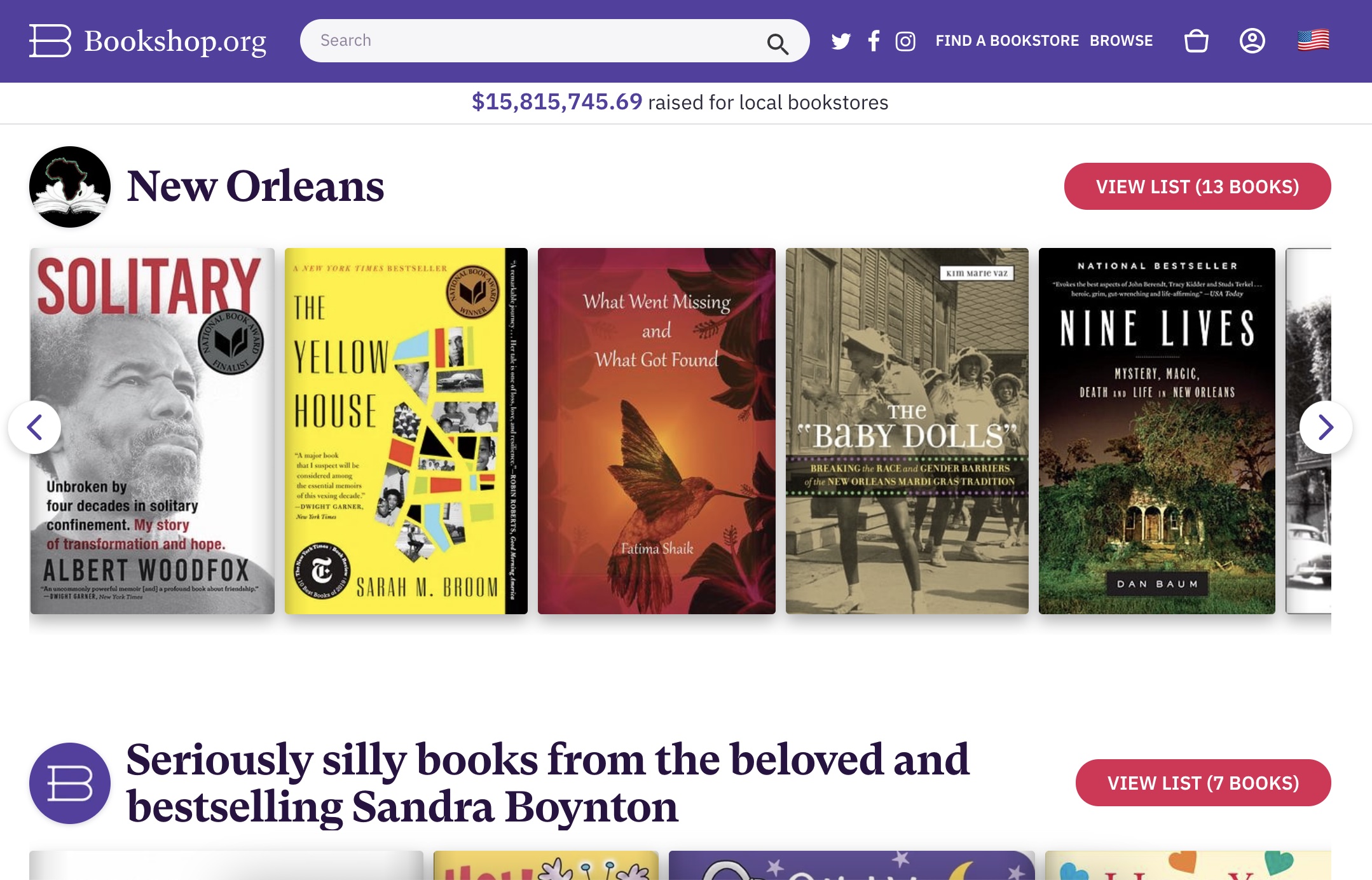 For customers, a huge emphasis for Bookshop going forward is eschewing the algorithmic recommendation model popular among top Silicon Valley companies in lieu of a far more human-curated experience. With tens of thousands of affiliates, “it does feel like a buzzing hive of … institutions and retailers who make up the diverse ecosystem around books,” Hunter said. “They all have their own personalities [and we want to] let those personalities show through.”

There’s a lot to do, but that doesn’t mean dark clouds aren’t menacing on the horizon.

Amazon, of course, is the biggest challenge for the company. Hunter noted that the company’s Kindle devices are extremely popular, and that gives the e-commerce giant an even stronger lock-in that it can’t attain with physical sales. “Because of DRM and publisher agreements, it’s really hard to sell an e-book and allow someone to read it on Kindle,” he said, likening the nexus to Microsoft bundling Internet Explorer on Windows. “There is going to have to be a court case.” It’s true that people love their Kindles, but even “if you love Amazon … then you have to acknowledge that it is not healthy.”

I asked about whether he was worried about the number of startups getting funded in the books space, and whether that funding could potentially crowd out Bookshop. “The book club startups — they are going to succeed by putting books — and conversations about books — in front of the largest audience,” Hunter believes. “So that is going to make everyone succeed.” He is concerned though with the focus on “disruption” and says that “I do hope they succeed in a way that partners with independent bookstores and members of the community that exist.”

Ultimately, Hunter’s strategic concern isn’t directed to competitors or even the question of whether the book is dead (it’s not), but a more specific challenge: that today’s publishing ecosystem ensures that only the top handful of books succeed. Often dubbed “the midlist problem,” Hunter is worried about the increasingly blockbuster nature of books these days. “One book will suck up most of the oxygen and most of the conversation or the top 20 books [while] great innovative works from young authors or diverse voices don’t get the attention they deserve,” he said. Bookshop is hoping that human curation through its lists can help to sustain a more vibrant book ecosystem than recommendation algorithms, which constantly push readers to the biggest winners.

As Bookshop heads into its third year of operations, Hunter just wants to keep the focus on humans and bringing the rich experience of browsing in a store to the online world. Ultimately, it’s about intentionality. “I really want people to understand that we are creating the future we live in with all of these small decisions about where we shop and how we shop and we should remain very conscious about how we deliberate about those,” he said. “I want Bookshop to be fun to shop at and not just a place to do your civil duty.”

Now that summer is forever, here are 6 books on climate change to sharpen your intuitions and models