Starting today, Twitter is testing Tweet Reactions in Turkey for a limited time. Users in the region will be able to react to tweets using

. But if you can’t remember the chaos that ensued when the heart react replaced the favorite star in 2015… brace yourself.

Last year, Twitter added emoji reactions to DMs, but this isn’t the same set of emojis. This announcement comes after Twitter surveyed users in March about how they’d react (ha) if the platform were to adopt a Facebook-like way to engage with tweets, and what emojis they’d want to communicate with. In the survey, some of the proposed emoji sets included “agree” or “disagree” buttons, a dislike button, or Reddit-like upvotes and downvotes. But Twitter found from its survey that users were concerned about getting negative emoji feedback. 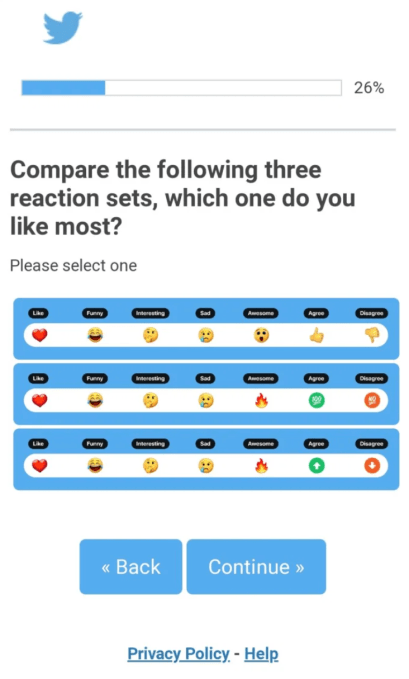 Image Credits: Emoji sets that Twitter surveyed users about in March. Screenshot by@WFBrother on Twitter. (opens in a new window)

“Although ‘frustration’ and ‘anger’ are also common emotions people feel while reading Tweets, and some people want to express disagreement with Tweets, we’re not incorporating these as emoji reactions right now,” Twitter said in a press release. “Our goal is always to support healthy public conversation and we want to see how our current set of emoji will impact conversations.”

Unlike Facebook, which added reactions in 2015, Twitter isn’t testing an “angry” reaction, which was proposed in its survey. This is likely due to users’ hesitancy around negative responses, but still — if you’ve never been on the receiving end of an ill-intended “ha ha” react… Good for you! And it’s not as though arguments don’t happen on Twitter without emoji reactions. 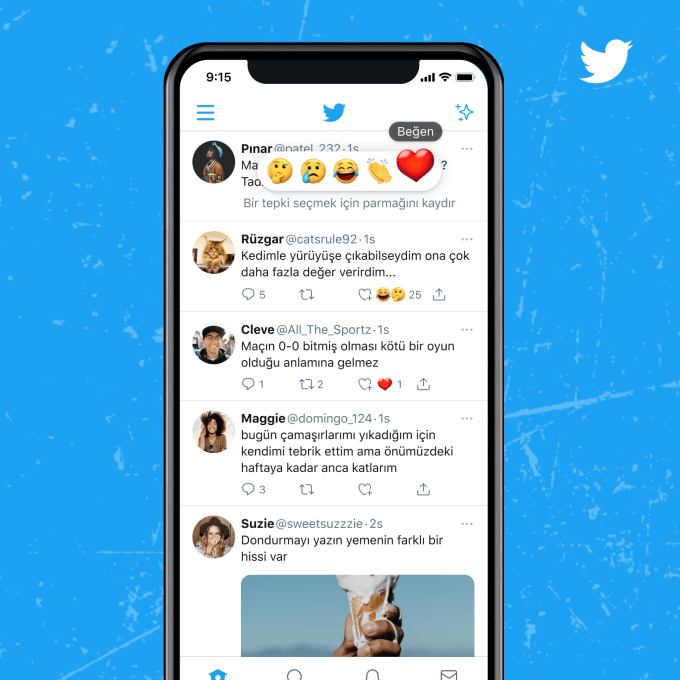 Twitter says that it wants emoji reactions to give people an easier way to show how they feel, which would — in a perfect world — lead to improved expression and participation in public conversation.

This test is only the latest feature that Twitter has tinkered with in the last week. You may also notice interest-based communities, full-width photos and videos, and new safety features cropping up on your feed. With this particular experiment, Twitter said that it will continue to consider community feedback as it tests additional emoji reactions. Based on user responses, it may expand the test’s availability to other regions.

Users in Turkey can experiment with this feature on iOS, Android and web, which will roll out across the country in the coming days.