Chef-prepared, small-batch meal delivery startup CookUnity is undergoing a major expansion after closing a $47 million Series B round.

Insight Partners led the round and was joined by Endeavor Catalyst and current investors IDCV, Fuel Ventures and Gaingels. The latest funding comes eight months after New York-based CookUnity closed a $15.5 million Series A round led by Fuel Venture Capital. The company has now raised a total of $70 million since its inception in 2018.

Mateo Marietti, founder and CEO of CookUnity, had the idea for the subscription-based company five years ago. Marietti, who is from Argentina, was working in food tech and saw that modern delivery services were only able to offer limited food options and pricing, and was a trade-off between convenience and variety.

He went looking for a similar experience to apps like Spotify, where the music selection was limitless, and created CookUnity to connect creators of food with the people who would be eating it.

CookUnity combines the ready-to-eat meal category with a chef-focused business model that provides restaurant-quality meals at home. The rotating menu features hundreds of dishes, starting at $10.49 per meal, with an option of a subscription plan for four, six, eight, 12 or 16 meals per week. Meals heat up in minutes and also include both fast-cooking instructions, like in a microwave, or how the chef might prepare it at home, like with an additional squeeze of lemon or other toppings. 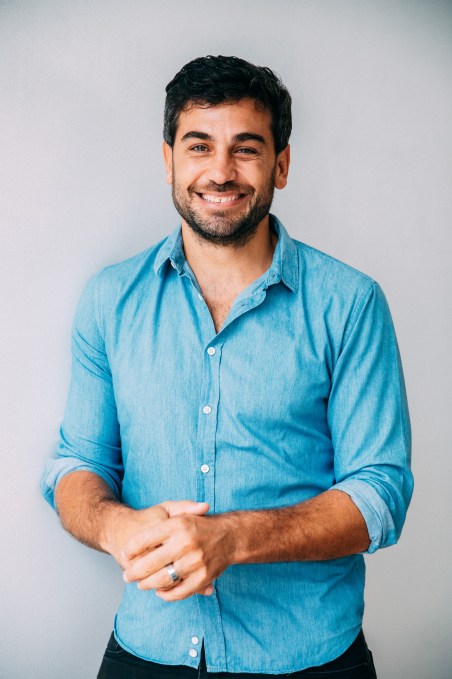 Chefs are also given tools and resources to create a digital-first business, and Marietti told TechCrunch that top-selling chefs bring in upwards of $1 million a year.

“We are building the infrastructure, working with farmers, providing the ingredients and the tech layer for both the consumer app and the chef app,” he added. “We don’t employ any talent or cook the food, but we give chefs the tools to start recruiting cooks, gather information on new recipes, organize their team and expand into new markets while also seeing their sales for the day or week.”

The company’s platform is already working with notable chefs like Jean-Georges Vongerichten, Marc Forgione and Esther Choi, and the Series B funding will enable it to add more chefs, including local rising stars and established restaurateurs, enabling them to sell beyond the typical on-demand food delivery zone, Marietti said.

Starting with the flagship kitchen in Brooklyn, CookUnity initially expanded to San Francisco, Dallas-Fort Worth, Boston and Washington, D.C. Following the Series A, the company opened kitchens in Los Angeles, Austin and Chicago. The new funding will now enable the company to accelerate its nationwide expansion with new kitchens in Atlanta and Miami by the end of the year. When all of the new kitchens are online, Marietti estimates that CookUnity will be able to serve 88% of the U.S. population.

As part of the investment, Rebecca Liu-Doyle, principal at Insight Partners, is joining the CookUnity board of directors. Insight’s model is to track companies for a long time before investing; in CookUnity’s case, Liu-Doyle was watching them for more than two years. She said the timing was right for Insight to invest.

In addition to product-market fit, strong chef retention and liking the company’s focus on the food market, which is a “massive total addressable market,” she said, CookUnity was on its way to building a big business with subscription-based revenue as it took on the complexities of the back-end business for chefs.

The value proposition is unique for both of the stakeholders — on the chef side there is a creator economy tailwind, which is taking the friction out of scaling a business while also enabling chefs to build a business with a larger footprint than they just selling food around their restaurants. On the consumer side, Liu-Doyle said CookUnity is providing affordable and convenient food without having to compromise on taste and quality.

“Very few companies can offer that: it is democratization on both fronts,” she added. “In order to execute on the vision, you need a specific team, which Mateo has, and show incremental improvement to the experience. It doesn’t just happen overnight. You have to be patient and deliberate in the way you improve the experience.”

Editor’s note: Due to a company error, Endeavor Catalyst is the correct name for the investor.