Product quality is hugely important when it comes to the success of a product. Even if your product seems really cool, if it’s buggy or doesn’t work well, many people will just stop using it rather than taking the time to figure it out or even report a problem.

UnitQ, a Burlingame, California-based startup using a data-driven approach to product quality, today announced it has raised $30 million in a Series B funding round led by Accel to tackle this issue. In a nutshell, the company uses artificial intelligence to help businesses determine what is specifically impacting product quality at any given time, notes unitQ co-founder and CEO Christian Wiklund.

While he would not disclose valuation or hard revenue figures, the CEO says unitQ has been tripling its ARR (annual recurring revenue) every 12 months.

The SaaS company’s goal is to give engineering, support, product ops and product management teams the ability to identify and, more importantly, fix quality issues that might be impacting customer satisfaction and retention.

Specifically, unitQ says it identifies actionable insights in a variety of ways. For one, it gathers user feedback from public sources like app reviews and social media and from private sources such as support tickets, support chats and surveys. It also does this through its own API, which connects to other external data sources. Currently, the company integrates into, and pulls insights from, 26 platforms and also ingests the data from anywhere there is user feedback.

AI startup investment is on pace for a record year

With all these data points, Wiklund said, unitQ then “automatically tags and analyzes” quality issues with the goal of delivering “the most comprehensive and accurate view of product quality yet.”

The startup is mostly focused on consumer companies, but also has some B2B clients. Customers include Chime, Pandora, The RealReal, NerdWallet, Strava and AppLovin, among others.

“Our goal is to not only enable them to move faster and build higher-quality products, we want to help them build a quality company,” Wiklund told TechCrunch.

The premise behind the company is that these days, when so many consumer-facing industries are incredibly crowded, it can be difficult to stand out.

“Product features are a bit too easy to replicate and copy so most apps and products have a very similar feature set,” he said. “It’s hard to compete with features pricing too. Even content is becoming a commodity. But quality is the one thing that we all experience and the one thing that when we touch a product, we form our opinion.”

And poor quality, Wiklund maintains, can impact the growth of a company in many ways, such as reputation and pace of product development.

“So we want to make sure that every conversion cycle inside of the product is as fine-tuned as possible,” he said. 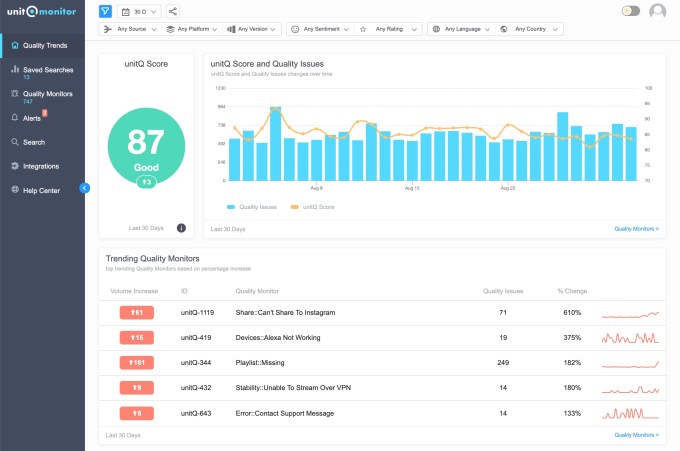 The company says that on average, its customers are able to increase their product quality by 20% in 30 days. It also touts that its technology is able to glean insights that are more valuable than Net Promoter Scores (NPS) — a tool used by many product teams that tend to be based mostly on surveys that are proactively sent out by businesses. Such scores, Wiklund said, are more likely to capture positive sentiments and “represent a tiny fraction of users.”

Existing backers Creandum — the early-stage Swedish fund which also backed Shopify — and Gradient Ventures, Google’s AI-focused venture fund, also put money in the round, which brings the startup’s total amount raised since its 2018 launch to $41 million.

UnitQ plans to use its new capital toward beefing up its engineering and go-to-market teams, according to Wiklund.

The idea for unitQ was born out of the co-founding duo’s previous company, Skout. That Andreessen Horowitz-backed social app had over 50 million app installations before being acquired by MeetMe for $28.5 million in cash and approximately 5.37 million common shares in 2016.

“During the decade we worked on Skout, we never lost sight of the user experience and our top priority was ensuring people were happy with our product,” Wiklund recalls. “We would have loved to have access to a product like unitQ.” 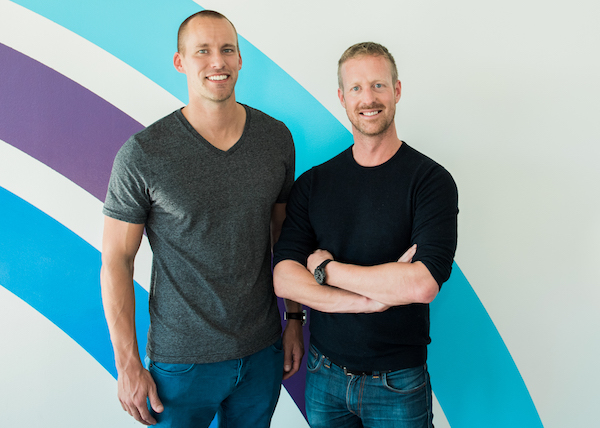 Andrew Braccia and Ben Fletcher of Accel, who worked on the deal, believe the fact that the founding team are repeat founders who intimately understand the problem that they are solving is a big advantage.

“The customer feedback was over-the-top positive. Spotify, Cornershop, Pinterest, Whoop and Strava all rave that not only does unitQ ingest all of their data from app store reviews, internal support tickets and social media feedback, but they correlate this data so that it gives them the highest-value bug and improvement fixes for their products, something they could not find elsewhere,” Fletcher told TechCrunch.

They also believe that unitQ is creating a category around aggregating user feedback and then tying it back to product and engineering teams.

“Similar to PagerDuty for incident management and DataDog for performance observability; unitQ is creating a new category around product quality and quality scores and indicators for their end customers; we think this would be really, really large,” Braccia added. “Teams are citing that churn is going down, revenue is going up, and engineering teams are shipping code faster for the things that really matter for their products because of the insights that they are getting from unitQ.”

The Story of Skout: From Deadpool’s Door to $22M Led By Andreessen Horowitz